From the Archives - Debate with the I.S. 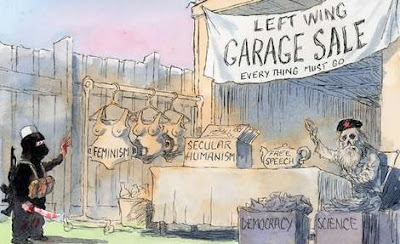 This is a report of a debate between the SPGB and the International Socialists ( now the Socialist Workers Party ) that took place in Edinburgh in 1970 to an audience of 70 . Whereas , the principles of the Socialist Party has remained steadfast , we can see that the opportunism of the SWP has also remained consistent . Whereas , we still await the rise of socialist consciousness within the working class , the SWP are still waiting for that mythical revolutionary situation to arise . They seek it here , they seek it there , they seek it everywhere .
In contrast , the Socialist Party of Great Britain , as a party of socialists , as a party for socialism , will continue with the distinct unrelenting task of education , agitation and organisation for socialism and nothing but socialism .

Speakers for the SPGB were Jim Fleming and Vic Vanni from Glasgow branch . For the IS the speakers were S. Jeffries and B. Lavery . There was no objections raised by the IS to the report .

Comrade Fleming opened for the SPGB by pointing out that the SPGB was an international organisation that was democratically controlled by all its members; that it was opposed to leadership and the idea of an elite or vanguard leading the working class to Socialism . The muddled policies of the IS and other romantic left-wing groups only confused the working class.
S. Jeffries opened for the IS by saying that he agreed with the SPGB’s Marxist theory but that there was a failure to link up theory with practice. He went on to quote Engels on the need to build the revolutionary movement within the trade unions . It was stupid to rely on the vote . He preferred the overthrow of the system by non-parliamentary means , and said that Marxists should always be prepared for the revolutionary situation when this overthrow would be possible .

Comrade Vanni replied that revolutionary phrase-mongering did not make a socialist and invited the floor to look at the dismal history of the IS . Using back numbers of the Labour Weekly ( now Socialist Worker ) he drew attention to their lack of socialist understanding giving instances such as IS having urged workers to vote for the Labour Party in the 1964 and 1966 elections instead of fighting the real enemy - capitalism . It was not a Leninist elite that would bring about the revolution but capitalism itself by the contradictions inherent in it . IS far from being a vanguard , were in reality politically backward .They considered the workers too dull to learn from history but instead that they have to be taken through the struggles and learn from strikes. He went into some detail on the bankruptcy of their political theory , such as the permanent arms economy and their belief in the collapse of capitalism .IS did not understand what Socialism was , as they saw a need for money banks and the like , saying that instead of being sacked by a boss you would be made redundant by a “Workers Council”. In reality , it all boiled down to a sophisticated state capitalism .
B. Lavery (IS) said the SPGB had made a few mistakes , but this was only because they had always stood to one side of the real struggles . The SPGB’s ideas were grossly oversimple and he could not see that how , when Labour MPs inevitably became corrupted by parliament , socialist representatives would not also become corrupted . There were not only two classes in society today but many , one of them being the peasant class . Whole areas of the world , Africa , Asia and South America were predominantly peasant . The peasants outnumbered workers on a world wide basis and the SPGB was wrong in not taking this into account . He realised the IS support of the Labour Party was a mistake but at least it had raised the consciousness of some workers .

The first question from the floor was to the IS asking how soon after Socialism was established , money could be done away with .

The reply from IS was : only when we had eventually gone through the transitional stages and reached Communism .

The next question to the platform was asking for a definition of Socialism .

Comrade Fleming answered and first pointed out what the “revolutionary” demands of the IS were ( again quoting the Socialist Worker ) i.e. bringing the British forces back from overseas bases and five days work or five days pay in the car industry .This had nothing to do with Socialism . In contrast , the SPGB did not concern itself with petty reforms . The SPGB wanted the whole world , everything in it and on it , to be the common property of all mankind regardless of colour or sex; all people would take according to their needs and give according to their ability .
The IS then said that a utopian vision was pointless; what was needed to get the workers on your side was a realistic demand.

The next question was about the class structure of society , especially as regards the small shopkeeper.

Comrade Vanni pointed out that in modern society there were two basic economic classes , the capitalist class and the working class . Most small shopkeepers were of the working class as they had to work for a living . The small fringe of people who could not be definitely placed as workers or capitalists was diminishing all the time due to mergers and was relatively unimportant .
B. Lavery (IS) pointed out again that the SPGB was forgetting the peasant class , who were in a majority in Africa and Asia . Although small shopkeepers may be workers they usually supported capitalism . You cannot afford to ignore the people who come between capitalist and workers .

The next question regarded the role of parliament in the revolution .

Comrade Vanni started by quoting Engels on Parliament and the vote, about universal suffrage being one of the sharpest weapons of the working class had. ( Introduction to Class Struggles in France ) . If universal suffrage allowed nothing else at least you knew how many workers were politically conscious . This would prevent the likelihood of the revolution coming about when socialists were in a minority .

The next question referred to Lenin’s role in the Russian Revolution .

The IS began by saying that the revolution depended on smashing the state machine . It was crucial that workers should set up soviets and workers councils The real power was in the factories and once the workers got control of them they would easily smash the state machine . A lot depended on the conditions prevailing e.g. whether sections of the army would desert to fight on the workers side .
Comrade Fleming said it was a grave mistake to think that the working class was capable of smashing the state machine . It was ludicrous to assume that because the workers had occupied factories they would be capable of resisting tanks and bombs . It was essential to make sure the state machine was in the hands of the working class and not leave it in the control of the capitalist class . He concluded by stressing that parliament had tremendous power.

The next question was about the danger of fascism and what were the to parties doing about it .

Jeffries for the IS said the SPGB were not interested in the real problems facing the working class . Socialists should concern themselves with things such as incomes policy and productivity deals.
Comrade Fleming replied by saying that capitalism had played its historic role in solving the problem of production . Now that an abundance of wealth was capable of being produced the only meaningful struggle was for the overthrow of capitalism, which would result in the major problems being solved .

The summing up then followed with Jeffries (IS) saying that only the middle class and small businessmen were interested in parliament. The power of the big capitalists was concentrated in the factories, boardrooms and monopolies; they did not bother with parliament . Working within the Labour Party had produced some results such as the political strike against the government’s white paper on Trade Unions . The IS had left the Labour Party along with the politically conscious workers . The revolutionary party must always be where the workers were and must try to generalize their struggles . It was essential to fight for reforms while pointing out that capitalism was the real enemy . He concluded by saying that it was essential to fight within the labour movement because that was where the action was .

Comrade Vanni wound up for the SPGB saying that it was essential to take parliament into account as there was no doubt as to the power it had over the state machine . Their [IS] meaningless activities centred round demonstrations outside embassies and other buildings usually only succeeded in frightening the caretaker out of his wits . The history of the IS showed their lack of revolutionary understanding ; they always tackled the effects and never got to the root of the problems . The IS might call the SPGB’s vision of the future society a dream but it was much more preferable to the nightmare of the IS with wages and banks and all the paraphernalia of state capitalism . It was the job of revolutionaries not to reform capitalism but to leave that to the people who run capitalism like the so-called Communist Party , Labour Party and Conservatives. The real task to organise and agitate amongst fellow workers for the overthrow of capitalism by the majority of the world’s population using democratic processes if available . “Peacefully if possible , violently if necessary “ was the SPGB’s viewpoint. Instead of fighting for such reforms as “five days work or five days pay” , one should remember Marx when he said “away with the conservative motto , a fair days work for a fair days wage and inscribe on your banner the revolutionary watchword ABOLITION OF THE WAGES SYSTEM”