We are getting poorer 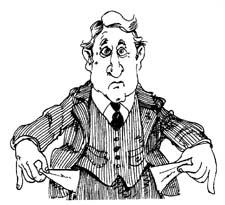 Disposable income has fallen to a five-year low, according to a study by Ernst & Young.

Average monthly mortgage repayments, typically a household's largest monthly outgoing, have soared 65% in the last four years, and are up 12% in the last year alone.

Also seeing above inflation rises on a host of fixed costs such as council tax bills ( Up 20% since 2003/04 for a band D property) , water rates, pension contributions and petrol (11.7% higher than last year)

Loans, credit cards and overdrafts have soared more than 30% in the last four years, with the average unsecured debt now standing at £8,028 - compared to £6,568.

The average British household now has £837.53 disposable cash to spend each month after total fixed outgoings.
By ajohnstone at June 22, 2007