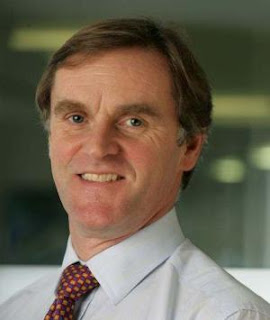 "As the boss of the publicly owned company which invests billions of pounds of taxpayers' money to alleviate global poverty, Richard Laing is one of many dedicated to improving the finances of the poorest of the poor. But few engaged in the battle to relieve the suffering of the developing world can count on a pay package of nearly £1m as their reward. The "extraordinary" remuneration received by Mr Laing as chief executive of CDC Group Plc, a little-known investment body that is wholly owned by the Department for International Development and controls assets worth £2.7bn, is revealed today in a stinging report by the Westminster spending watchdog. Between 2003 and 2007, Mr Laing, a 55-year-old Cambridge engineering graduate, saw his income rise from £383,000 to £970,000 as investments in projects from a Nigerian shopping mall to a Chinese egg producer reaped handsome returns." (Independent, 30 April) RD
By egoutture at May 08, 2009