Our Goal is Socialism 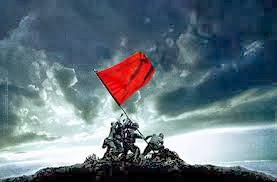 Many people, especially Labour Party supporters, propagate the view that the Socialist Party is so concerned with the revolution that we do nothing to secure immediate reforms and that ignoring the needs of workers and by opposing reform we were preventing the workers from getting the immediate relief.  Socialism they contended is a long way off, the workers don’t want it, and consequently we utopians. The Socialist Party does not reject reforms but we do not view reforms as ends in themselves. It is the struggle for socialism which is all important. The Socialist Party has demonstrated that with the socialisation of the means of production there can be an increasing standard of life for all.

Socialism cannot be created by a minority. It can only function with the approval of an immense majority.  In the enormous task of social construction, the immense majority of the citizens must co-operate. We must never forget the object of the Socialist Revolution is the common good. In the socialist system, co-ordination of effort will not be maintained by the authority of one class over another, but will come as the result of the free will of associated members of society. How, then, can a system based on the free collaboration of all be instituted against the will, or even without the will, of the greater number? It can only succeed by the general and almost unanimous desire of the community. Destined for the benefit of all, it must be prepared and accepted by almost all; because the power behind an immense majority discourages the last efforts to resist its will.  Socialism is not the regime of a minority and it cannot be imposed by a minority. The socialist revolution will be brought about by the will and by the power of a majority. Democracy is the essential basis for building up a socialist system of production. Only under the influence of democracy does the proletariat attain that maturity which it needs to be able to bring about socialism, and democracy supplies the surest means for testing its maturity.

The State in a class-divided society can be nothing other than an instrument in the hands of the class owning the property and means of production in society. The talk of “reconciling class interests” is simple deceit. It is impossible to reconcile the interests of the slave owner and the slave, the exploiter and the exploited. Parliament grew out of feudalism and after the capitalist revolution developed as the natural custodian of the interests of capitalism. It was founded on private property foundations. Its laws are the laws of private property. The modifications that have taken place, the extension of the franchise and the growth of social legislation for the working-class are the reflection of the growing strength and power of the working-class. Parliament reflects the class struggle in its work, the more the capitalists attempt to use it as the means to regulate capitalist economy, the more they are impeded by the increasing claims of the workers. The “safety valve” thus becomes no longer “safe” for private property.

For these reasons the Socialist Party oppose all efforts to stop the advance of the workers through Parliament. We call upon the workers to make the machine of Parliament effective for economic change. There lies the only chance of a transformation of capitalism into socialism without resorting to violence.Workers must use not only the weapon of mass organisation on the industrial field, but the weapon of parliamentary democracy, won in the past by reason of working class power. It must set itself, by using the machine of Parliament, by adapting it and changing it to serve new purposes, to win power so that it shall transfer into the hands of the exploited the means of production. It must wage the class struggle on the political arena if class domination is to end. A socialist and working-class movement fighting relentlessly for socialism and in that fight combating the day to day attacks of the employers is the only way to defeat capitalism. The wealth produced by the workers, for the first time in history, will become the common possession of all people, not just of a group of property owners.

The Socialist Party has since our inception as a party proclaimed the unity of interest of the workers the world over, and the antagonism of interest between the workers of the world and the master class. The principles which we had proclaimed and acted upon in “peace” were sufficient to guide us in war. Socialists in any country had only to stand faithfully by them to keep the name “socialist” free from reproach, and to retain the confidence of those who looked in hope toward our movement. In the face of the tricksters, the mis-leaders, and capitalist agents we declared the unity of interest of the world’s workers and proclaimed again the class struggle.

To-day the worker goes into the labour market as an article of merchandise with a price tag, that is, his or her wage. Herded together in slums, half starved and ill educated, the workers eke out a miserable existence. The evils with which we are confronted are not temporary or accidental, but are the necessary outcome of the system of society itself. As long as that system remains its results will become more and more pronounced, and its effects increasingly felt by the working class. Suffering from want and haunted by fear of want, life is a burden to the working class today.

Socialism – the only hope of the toiling masses – was proudly acclaimed as the beacon for the toilers of the globe in the struggles of the future. When anxious eyes search the horizon for some flickering beam to give them direction, and weary ears listen tensely for some encouraging sound to give them hope and the strength that comes with hope, they will discern the one and hear the other in the message that we sent out to the world in arms – that the workers of the world are one and the master class their enemies.

We in the Socialist Party are proud to declare before the people of the world that we are Marxian communists. We represent the conception of socialism of the future. We believe that the principles  for which we stand should end impoverishment and win the Earth. We seek a world in which the exploitation of man by man shall cease, when the evolution of human society to new and higher forms shall become possible to all mankind, when peace shall be enjoyed by all. Those who state that the Socialist Party extols catastrophe as a condition of the growth of socialist  influence, we say it is they produce the misery. It is the capitalist system which produces the disasters. We socialists do not need these conditions to develop our influence. We urge no pessimism, no sense of frustration. The future is ours. The Socialist Party has never been more optimistic, never more certain, never more determined to achieve the goal of socialism than we are on this day in the year 2014.
By ajohnstone at February 13, 2014