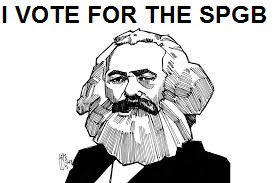 (The following is a transcript of a talk.)

As Marx envisaged society moving forward from capitalism to socialism, anything he had to say about the society of the future is of interest, but it is important to notice two things about what he said. Firstly, he never set out a comprehensive outline of socialist society. Secondly, he made scattered incidental references to the society of the future at different times in his life and in dealing with different subjects, so a lot of these ideas are in the air, as it were, and we have to do our own thinking about them.
About never having set out a comprehensive view of socialism, one of his French critics of Capital asked Marx why he didn't write "recipes for the cook shops of the future". Marx accepted that he was not doing so. Marx was not outlining future society and he explained what he meant about this. In The German Ideology he said this: communism (by which we mean socialism) "is not for us a state of affairs, an ideal to which reality will have to adapt itself. We call Communism the real movement which abolishes the present state of things, and the conditions for this movement result from the premises now in existence". What Marx meant by "movements" we find in what he set out in his introduction to Capital. This "movement" was the economic laws of motion of modern society and he explained that his purpose in writing Capita was to discover these economic laws. So the only worthwhile ideas you can have about socialist society have got to be related to what Marx insisted was the existing state of society. You cannot just pluck these ideas out of the air.
This introduces an immediate complication. You have Marx or Engels writing in 1848 or even earlier, producing ideas about the socialist future, but the existing state of affairs is very different now to what it was in 1848 and also different to what it was in 1875. In his 1867 preface to Capital, where he referred to the progress of the Trade Unions. Marx talked about "a radical change in the existing relations between Capital and Labour". They show that the present society (that is capitalism) is no solid crystal but an organisation capable of change, and is constantly changing. So whatever was in Marx's mind in 1848, he would have thought differently in 1875, and we of course would have to think differently now.
One thing to notice about this in the Communist Manifesto is that Marx and Engels talked about the "spectre of communism haunting Europe", but in fact they did not think that there was the slightest possibility of communism being established at that time. This is clear from a reference they made in the Communist Manifesto to the "utopians". They criticised the "utopians" on the ground that "the economic situation does not as yet offer to them the material conditions for the emancipation of the proletariat". What was true of the "utopians" was also true of Marx and Engels. They were looking in the future in the light of the unready conditions of the time. So, in fact, socialism was not a practical proposition at that time. 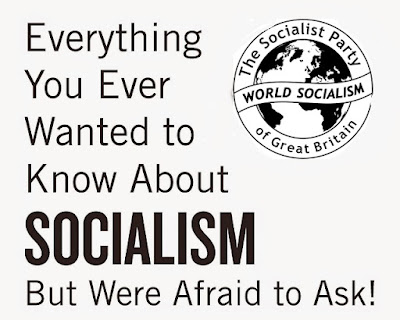