Sowing the Seeds of Socialist Revolution 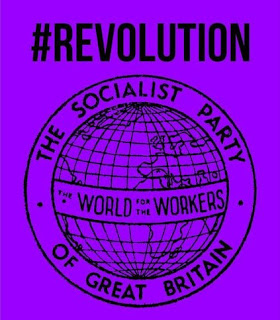 Too often in the past has the working-class placed its trust in leaders and reforms yet ultimately for the working-class there has been nothing but a return to wretchedness and the outlook of gloom and despair unless we learn the lesson of reliance upon no other class but our own and attain that class-consciousness with its appreciation of the universal solidarity of working-class interests that shall presently deliver us and with them the whole human family from the throes of slavery for evermore. The remedy, socialism, means, not high wages or low wages, but the abolition of the wages system. Socialism means the end of the employing class. There is a real class divide. It is us against them.

The capitalist economy does not exist to serve our needs, but instead, our needs are shaped to serve capitalism. We are all expected to make whatever sacrifices are required to help the economy – so we face cuts in pay and working conditions, damage to our environment, the cuts to social services because the economy ‘demands’ it. Everyone is a slave to the market economy. Today's economy is based on a very simple process – money is invested to generate more money. Bosses call it profit, politicians use the term economic growth. When money functions like this, it functions as capital. As capital increases (or the economy expands), this is called capital accumulation, and it's the driving force of the economy. Furthermore, for money to make more money, more and more things have to be exchangeable for money. Thus the tendency is for everything to become commodified. Money does not turn into more money by magic; capitalists are not alchemists! Rather in a commodified world, we all need something to sell in order to buy the things we need. Those of us with nothing to sell except our capacity to work have to sell this capacity to those who own the things we need to work; factories, offices, etc. But therefore the commodities we produce at work are not ours, they belong to our employers. Furthermore, we produce far more commodities and products as workers than the necessary products to maintain us as workers, due to long hours, productivity improvements etc. This difference between the wages we are paid and the value we create is how capital is accumulated. The function of a class analysis is to understand the tensions within capitalist society.  Since the employing-owning class is all but powerless in the face of ‘market forces,’ each needing to act in a way conducive to continued accumulation, they cannot act in the interests of workers, since any concessions they grant will aid their competitors on a national or international level. Thus the struggle between our needs and the needs of the capitalist economic system takes the form of a struggle between classes. When we say the economy doesn’t exist serve our needs and therefore we have to assert them against capital, we beg the question what a society that does exist to meet its own needs would look like. In other words, where does our vision of asserting our needs lead? Such a society, based on the principle of ‘from each according to his ability, to each according to his needs’ is called socialism. Needs’ in ‘from each according to their abilities, to each according to their needs’ does not mean mere physiological needs as distinct from wants. Needs are self-determined, encompassing everything from the physiological to the psychological to the social, and everyone has an equal right to have their needs met.

Socialism has nothing to do with the former USSR or present-day Cuba or North Korea. These are capitalist societies with only one capitalist – the state. Socialism is a state-free society where our activity – and its products – no longer take the form of things to be bought and sold. Where activity is not done to earn a wage or turn a profit, but to meet human needs. It is also a democratic society, in a way far more profound than what ‘democracy’ means in its current sense. As there will be no division between owners (state or private) and workers with the means of production held in common, decisions can be made democratically among equals. As production is not for goods to be sold on the market, there are no market forces to pit different groups of workers against each other.  There will be only a self-managed, self-governing society which exists to meet the self-determined needs of its members. Production is socialised under our conscious control. Capitalism is a class relation, and class struggle is the only way to break out of it - by ultimately rejecting our condition as human resources and asserting ourselves as human beings. This can only be done with the abolition of social classes altogether. It’s not about saying class is more important than other things, but about understanding what capitalism is and where potential revolutionary subjectivity arises. It is not from oppression, but from alienation – the separation of producers from the product, of activity from the meaning and control of that activity. The working class are potentially revolutionary subjects because of our material position within capitalist society; we've nothing to lose but our chains.


Ends are made of means – some means get us closer to what we want, others make it more remote. As the Socialist Party, we do not spend much time dreaming of the future – our politics are very much oriented to the here and now by analysing present-day capitalism and its problems. Now it is true that having some idea of what a future society could look like can persuade others we’re not just idle dreamers who don't know what we're for. But a fully worked-out vision of the future is not a prerequisite for workers to struggle to advance their concrete material interests. To this end, we try to spread propaganda advocating socialist ideas which grow more tangible and more meaningful and our fellow-workers begin to feel their power to change the world and to imagine what that world may be like. Anti-capitalism is not workers managing the economy in place of capitalists but the abolition of ourselves as a class. Non-owning bosses such as in co-operatives taking the place of owning ones are not anti-capitalism. This is because capitalism is a mode of production not a mode of Therefore anti-capitalism has to go beyond opposition to those who manage it to opposition to the social relation as such ie the abolition of wage labour.

The Socialist Party has a vision of a class-free, state-free, non-market society without money, commodity production, and exchange guided by the maxim ‘from each according to ability, to each according to need.’ We believe that only certain means can create this end, and that these means therefore form a part of our vision, a vision that extends from the present to the future. We can make suggestions as to how such a society might work. But no blueprint, merely an exposition of possibility. We think it unlikely that would-be political ‘thinkers’ such as ourselves can anticipate all the details of a future society – no society has ever been designed in such a way in advance. Nevertheless, we can offer some broad guidelines and some speculation as to how it could work, the details will need to be filled in by the self-organisation of millions, whose collective genius far exceeds that of any individual.

We do place class analysis and the profit motive as central to our understanding of capitalism and how to abolish it. This is not a priori assertion, but an a posteriori one; that is one arising from rational, critical inquiry into the social phenomenon. So when we try to understand the persistence of starvation and malnutrition in a world of food surpluses we cannot but note the impact of export-led growth policies that see countries export grain to feed cattle to export to relatively affluent markets while the populations of the exporting countries go hungry. When we try and understand the world's unswerving course towards catastrophic climate change despite scientific consensus as to the causes and the severity of the consequences, we cannot but conclude that the capitalist imperative to 'grow or die' over-rides all else, perhaps even human life on earth. When we look at rising urbanisation and the global spread of shanty towns, for example, it cannot be understood without looking at the spread of capitalist social relations into the countryside, turning peasants into landless workers, many of whom are forced to migrate to the slums of the cities to scrape out a living. When we talk about capitalism and class struggle, we are not just talking about workplace disputes, but society as a whole, and the struggles that take place in society between the dispossessed and those who represent the interests of capital.


Adapted from this debate
https://libcom.org/library/participatory-society-or-libertarian-communism 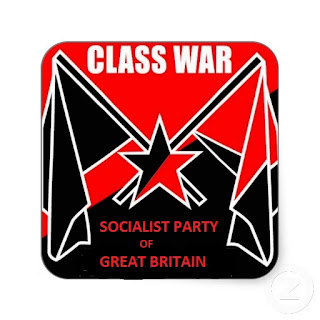