Why hunger and famine? 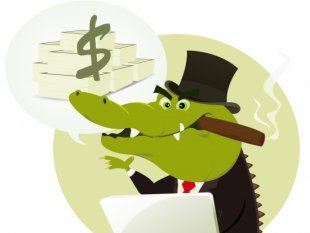 " As a member of Oxfam's humanitarian support team, I can be deployed globally at short notice. My job is to provide short-term leadership or support in emergencies or humanitarian situations. From last October, I have been based in West Africa as the senior humanitarian adviser for the Sahel region - Mauritania, Mali and Niger...The food crisis was widely perceived in the media to relate to food shortages which then caused widespread hunger and malnutrition...Although this played an important role at a local level, it wasn't the main cause as the following example illustrates. During the crisis, Niger was still exporting food and staple cereals were available in the markets. The problem, however, was the poorest and most vulnerable people hadn't produced enough grain to survive and couldn't afford to buy it in the markets. Once people run out of money they turn to "coping strategies", for instance getting into debt or selling off their assets including their valuable animals....For the poorest people who are vulnerable to food crisis, the main problem is access to food, not availability of food - food is usually available but they can't get it..." - Scottish Oxfam worker David Crawford

Famines are not inevitable and they do not happen in isolation from the rest of the world. A drought is a natural event. Mass starvation is not. They are the consequence of human decision-making. Public indifference will only be dispelled when the media begin to explain, carefully and accurately, how and why famine occurs.

There was no shortage of food in the world. Thats a verifiable fact. The causes of hunger and  famine have little to do with a shortage of food. The real problem is elsewhere. Capitalists are not interested in production to benefit the peoples of the world. They are interested only in profits. Despite the hunger and famine in dozens of countries it is not profitable to feed starving peoples if they cannot pay for food.  Thus we recognize that despite every humanitarian declaration of rights it is legal for any individual to be deprived of food and left to die of hunger. If the economists were honest that would even say that this is the general condition of society and capitalists are obliged to starve people. Without exaggeration, it can be seen that the whole of our current society supports the legality of famine. It is a crime to be without money and it is  punishable by the death penalty. The struggle to rid the world of famine starts not with the begging bowl and pleas for pity, but by breaking the criminal conspiracy of  capitalism.

No one claims famine currently exist in the UK (although malnutrition does and was reckoned in 2009 to affect around 3 million people, particularly elderly people). But capitalism is not confined to these small islands off the European mainland. It's a global phenomenon, and is deeply implicated in the many famines that constantly DO arise in many parts of the world. That England has no famines simply reflects the fact that it is a relatively wealthy first world country that is able to import a significant portion of its food. Many third world countries, for a variety of reasons, have precarious food supplies, which in certain circumstances such as drought or war, may not reach sizeable sections of their populations.

Prior to the advent of capitalism, populations relied upon local harvests, and when these failed, there wasn't the wherewithal and/or infrastructure to import supplies from other areas. Hence people suffered - barring, of course, the "upper classes", which were able to ruthlessly sequestrate their own supplies. With trade and a concomitant improvement of transport modes and links, the importation of supplies from outside became increasingly possible as an option to mitigate shortfalls.

Trade involves exchange, and if you don't have what it takes to obtain what it is you want, then, you have to do without. This is what apologists for capitalism signally fail to take into account. They confuse need with `demand'. They confuse the fact that whilst we might all be legally entitled to purchase something, we are NOT equally endowed with the means to proceed with this purchase. This simple truism has devastating implications when it comes to food.

Take Niger, which even now is in the throes of a devastating famine threatening the lives of millions of people. Capitalism has always been marked by extremes in rich and poor. Niger, the second poorest country in the world, is no exception, with markets in some parts of the country still full of produce. Yet a few minutes drive from these is the face of Niger which the world has seen -- starving people under canvas tents with aid workers trying their best to help them. The reason is simple -- poverty. People cannot afford to buy the goods in the market and so they go hungry. This, the bleak reality of Niger's famine, is noticeably absent from almost all of the media reports. There the hunger is seen as a natural disaster, not a man-made one. This is unsurprising, given the role of capitalism has played in this (and other) famines. It cuts to the heart of claims that the capitalist market can solve the problems of the world's poor. Thus Niger is yet another example of the underlying, but ignored, reality of famines in the world. It is not a lack of food (there is more than enough to feed the world). The problem is an economic system which ignores need in favour of money. Food, like any commodity, will go where the money is while the weakest go to the wall. This aspect of the market has been around for as long as capitalism has been. If people's only resource that they legitimately possess, i.e. their labour-power, becomes unsaleable in the market then they have no command over food. Once this happens, the market will make things worse, not better, as supply seeks demand elsewhere.'

And during the halcyon days of British capitalism, in the 1840s, you had Ireland, a country which at the time was capable of producing enough food for 18 million people, being stricken by the potato famine but nevertheless continuing to export vast quantities of pork, beef, and grain. Likewise, Ethiopia during its great famine of 1984, exported linseed cake, cottonseed cake, and rapeseed meal to European livestock producers. Far from helping the situation, `trade' made matters worse.

It is incumbent upon advocates of capitalism  to explain, why in a world easily capable of feeding every man, woman and child, one billion go hungry, why food gluts' are destroyed amidst starvation, why wars happen, why technology isn't liberated from private ownership to ensure the welfare of all. With the money system, this is precisely the problem. Hence the need to abolish the system itself.

It is capitalist relations of production, distribution and exchange which bring about food and energy  shortages and criminal starvation. All the NGOS  and charities are asking us to look away from the real culprit – capitalism.  Population control, irrigation schemes, alternative technologies and GM foods do not change the structure and effects of capitalism.

If the productive forces in the world were to be utilised for the purposes of construction, the entire planet could be transformed and the standards of living and level of culture raised to undreamed of heights. This is not possible under capitalism. Only socialism will create  that “One World” which can abolish hunger and war.
By ajohnstone at June 23, 2013