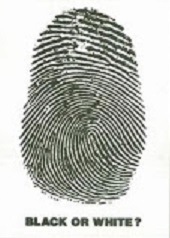 There is and can be no common ground between the Socialist Party aim is the abolition of wage slavery and the ownership by the workers of the machinery of production and distribution, and the left-wing parties who simply wants to effect a few ameliorations of the lot of the wage-slave. The Socialist Party recognises that at this stage the essential thing to be done is to educate the workers to want and insist upon socialism as the only permanent and effective remedy and uses elections simply as a means of propaganda. We want first and foremost to make socialists. The Labour Party merely wants to get votes. The Socialist Party knows that votes are no good unless there are clear-cut convictions behind them. The Socialist Party knows that all that can be done at present is to lay foundations, and wants to lay them solid and strong on the bed-rock of socialist principles. The Labour Party wants to win the election any old way and get something right here and now.
whose end and

The Socialist Party knows that a disease can't be cured suddenly by any quack remedy, and will only yield to a long course of treatment. The Labour Party ignores the cause of the disease and wants to doctor the symptoms. The remedy to the misery and insecurity of the present social order lies in the working class developing the idea of dispossessing the parasitic minority we toil for. The movement for socialism is of necessity only a trickle for a long time, and this partly deludes people into the belief that little progress is made when in reality great progress has and is being made. The mass of people moves as a mass. That is to say their political knowledge grows slowly but steadily at an even pace and it is in a mass and not by ones and twos that the great body of the workers will come to the conviction that in socialism lies their social salvation. In fact, progress is more real than apparent. In this blackest hour, the hope of the future is neither faded nor fading and still urges us to carry on with a stronger conviction of fulfilment than ever. The future is by no means as dark as it may appear. The Socialist Party has an unanswerable case against capitalism that it is in the interest of the workers is to get rid of the private ownership and control of the means of production and distribution for the introduction of socialism.

Socialism and nothing less is our aim. Our opponents, “left-wing” though they may be, stand in the way of its achievement. They help to keep the workers confused by presenting as revolutionary and Socialist, their way-out schemes that are no more than reforms to patch up capitalism. We do not doubt their sincerity but are convinced that they, the Left, do not understand the problems they are trying to solve. Under capitalism, the propertyless wealth-producers and their families suffer poverty whilst the non-producing owners of the means of production enjoy the affluence derived from surplus value created by the workers. Capitalism involves private property, production for sale with a view to profit, wages, rent, interest, and profit. Experience has amply endorsed the proposition that this form of society cannot be made to work in the interest of the wage-earners.

The answer to working-class poverty is socialism. This will involve the means of production being held in common, with democratic control thereof in the interest of society as a whole and production solely for use. There will be no more employers nor employees, no more buying and selling, and no more working for wages. For their emancipation, the working class must capture political power. Pity the poor worker seeking leadership. For over the years the "crisis" of the revolutionary leadership has multiplied. For it is not leadership that the working class needs but socialist understanding. With it, they will establish socialism. Nor will this knowledge come by means of transitional demands, for they are nothing but reforms. They do not form a bridge but a diversion. For in order to get support for these demands, their merits must be propagated and shown to be superior not only to other reforms but also to the demand that capitalism is abolished. Socialism is still opposed by those who find it is easier to gain adherents to believe in a small palliative reform. However the facts throughout the world show there is nothing for the profit system to celebrate. Do they want to celebrate the unseen masses of corpses, ruins and millions of people wounded in body and mind for which the profit system has been responsible for this century? Not a day goes by which does not prove that it is not possible for capitalism to produce anything else.

The sole aim of the Socialist Party is the overthrow of capitalism and its replacement by socialism. Membership is open to anyone who agrees with the party's object and principles. This involves understanding the basic features of capitalist society and includes a rejection of leadership (by man or god). Socialists are historical materialists and claim that religions are social products, subject to change as social conditions change. It is not a case of the world (or universe) being made by a creator with Mankind made in his image, but of Mankind making his gods in the image of natural phenomenon including Mankind itself. 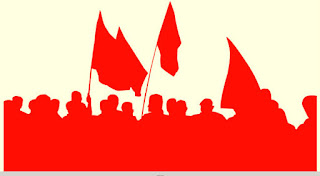