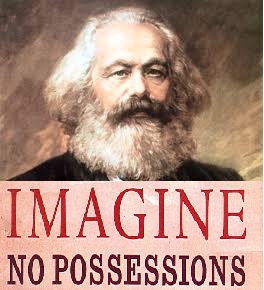 Imagine that if all needs and desires could be met on the principle of free provision. Socialism is not something that is going to be or could be, introduced for people, but something that they are going to have to establish by themselves in full awareness of what they are doing and why. The people who establish socialism will understand that, in a society where goods and services will be freely and permanently available in relative abundance, hoarding or grabbing will be pointless.

Socialism is a society without money where people work as a social duty and wages are unnecessary ( ‘to each according to need.’). Money is no longer needed to acquire goods and work is voluntary (‘to each according to need.’) Socialism will be a system without the market and all members of society will have equal control over decision-making. Production to satisfy human needs is possible, but it requires a fundamental social change to make it a reality. Basically, all that is in and on the earth must become the common property of everyone. In other words, there must no longer be any territorial rights or any private property rights over any part of the globe. The farms, factories, mines and all other places where wealth is produced will not belong to anybody. Social classes would cease to exist and all men and women would stand in equal relationship to the means of production as free and equal members of a class-free community.

When we say production for use we mean in socialism wealth no longer will be produced for sale; buying and selling and all that goes with it money, prices, wages, profits, banks, and so on — will have no place.  they will, in fact, have no sense in socialism. Since the means of production will be commonly owned, it follows that what is produced will also be commonly owned — that is, by the community without classes, of free men and women who will have produced it. In these circumstances, the question of selling what has been produced just would not arise. How can what is commonly owned be sold to those who commonly own it?

How to distribute basic necessities? The answer is simple. Let people come and take what they need as they see fit. Wealth could be produced in such abundance today that there is no need to ration access to it. Free access to consumer goods and services which was always the long-term aim of nineteenth-century socialists and communists can now be instituted with the establishment of socialism. Free access — which we can list as the fourth basic feature of socialism after common ownership, democratic control and production solely for use — means exactly what it says. People will be able to come to the places where the basic necessities of life will be stored and freely take away what they consider they need. They themselves will judge what they need; individuals will determine their own needs. In conditions of permanent abundance, people will have no reason to take more than they need. To do so would be pointless. People won’t hoard basic necessities in a socialist society any more than they hoard the water which they draw freely from their taps today. They will simply take what they need from the stores as and when they need it. Ensuring that these stores are always stocked with what people need will be no problem given the technological possibility of producing in abundance. This will essentially be a question of stock control.

Clearly, it is not the sort of society that can be introduced gradually within capitalism. We either have common ownership or private ownership. We can’t have both.. We either have production for use or production for sale,  the one excludes the other. Free access according to to need is not possible as long as a privileged few own the means of production. It would first require a real social revolution changing the basis of society from class to common ownership.