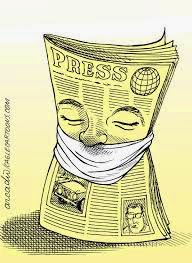 Professor John Robertson who accused the BBC of pro-No bias in its coverage of the referendum campaign has turned his attention to an apparent media silence on the subject of fracking in Scotland. In a survey of a recent 30-day period of news coverage of fracking he concluded that the Scottish national press and broadcasters have hardly covered the question at all, at a time when it is attracting headlines in the UK press and also in the frack-friendly US.

During the period. The Scotsman, Daily Record and Daily Express carried one story each, while the Daily Mail had seven, most of them critical of anti-fracking opposition and especially the decision of the Governor of New York, Andrew Cuomo, to ban the industry in his state due to health and environmental concerns. The Herald news headlines and BBC’s Reporting Scotland made no mention of fracking, while STV’s Scotland Today reported fracking once.

“Scotland’s mainstream media, including of course our ‘Public Service Provider’ BBC Scotland, cannot be accused of distortion bias in their coverage of the debate on shale-fracking, because they just didn’t cover it at all,” writes Robertson. “Much more difficult to prove that distortion bias is bias by omission, where the electorate is kept ill-informed and where the media can insist that they don’t cover it because it’s not ‘newsworthy'; that no one is interested in it.” Prof Robertson points out that the event may have attracted a great deal of attention on social media, but very little in the mainstream media. Speaking to Newsnet.scot he made the point that Scottish TV news in particular is dominated by murders, violence, road accidents and sport.

The question is: why? Prof Robertson concedes that this brief study could not reach conclusions. However, his research does point out factors of interest to news desks and editors around the country. Fracking is raising serious concerns within central Scotland, and especially local communities such as Falkirk and Grangemouth, where the processing plant operator Ineos has announced significant investment plans related to the industry.

Robertson argues that there was ample reason to find fracking newsworthy. He cites the UK HM Chief Scientific Adviser’s annual report, which raised questions about fracking. During the last month there have also been significant reports about fracking and local health in the US, concerns that underpinned the New York Governor’s decision. A US survey of 400 peer-reviewed papers into shale gas found that 96 per cent of them drew conclusions on adverse health impact.

A group called Concerned Health Professionals of New York stated: “A significant body of evidence has emerged to demonstrate that these activities are inherently dangerous to people and their communities. Risks include adverse impacts on water, air, agriculture, public health and safety, property values, climate stability and economic vitality.” In Ohio just before Christmas, families in Monroe County were evacuated and a “no-fly zone” instigated for more than a week because of an uncontrolled gas leak from a fracking well, one of several incidents reported in the US this year alone.
In the UK, concerns are being echoed either by local authorities such as North Lanarkshire Council – which has called for a moratorium – and community groups. Scotland’s public attitude to fracking is ill-defined. In Scotland, despite the existence of a thriving shale oil industry in West Lothian until the early 1960s, it has been assumed widely that the country’s geology means that the profitable extraction of onshore oil or gas is very unlikely.
Fracking had a lower political profile until 2014, when Ineos signalled great interest in the industry in two ways. Firstly, the company is investing £300m to create docking and handling facilities for tankers carrying US shale gas to the UK and European markets. This deal was at the root of a dispute with trade unions over planned changes to work practices at the company’s Grangemouth plant last year.
Next, Ineos – a rapidly growing player in the chemicals’ market – declared its intention to become a major player in shale in the UK, setting aside more than £500m for that purpose. Ineos bought the rights to explore fracking for shale gas in a 127 square mile area around Grangemouth and the Firth of Forth. This has made the company, and the area, the focal point of anti-fracking protests, and hundreds of people participated in a protest march from Falkirk to Grangemouth this month. Without being specific it appears to be willing to back, or even lead, fracking-based exploration. The company has embarked on a major propaganda campaign to promote its enthusiastic embrace of shale gas. That latter move is at the root of concerns about possible fracking in Scotland. Protestors are wary that Ineos may use its clout – as it did so successfully during that union dispute – to force through planning decisions. It is likely that outside of the environs of Grangemouth refinery , there will be little benefit but significant risks to communities in the Central Belt.

When fracking – or “hydraulic fracturing” – was first discussed in the UK, the media focus fell on communities in England, where companies are already involved in putative exploration of onshore oil and gas from shale. Protests at Cuadrilla’s test drilling in the Home Counties raised the profile significantly. Chancellor George Osborne proposed in his Autumn Statement to create a “sovereign investment fund” to benefit northern England if fracking is successful there and the Coalition government appears determined to issue licenses. The Scottish Government has kept its public response low-key to date. This may be on the assumption that the problem will go away because of Scotland’s geology, although some opponents suspect that Ministers may be swung by the emergence of some new oil or gas bonanza to be realised onshore. The crash in global coal and oil prices may delay this activity in Scotland.

His view of the media as a corporate channel that publishes or broadcasts only corporate “news” is underlined in his research. He comments: “Those who lead the media are part of those inter-locking elites revealed long ago by people like Noam Chomsky, who work daily in their own interests which in turn are the interests of those same elites – employers, industry executives, senior civil servants, speculators, military chiefs, government ministers, lawyers and, uniquely in Scotland, the Labour Party leadership”. He adds: “Further closing off any opportunities for alternative voices is the reliance of hard-pressed reporters on press releases from the corporations that come to dominate the news.”

PS The BBC Scotland’s environment correspondent David Miller has confirmed via Twitter that he starts work on a fracking documentary January 5th. No transmission date given yet. 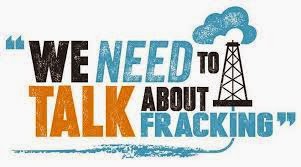