Fight for your planet, not your country 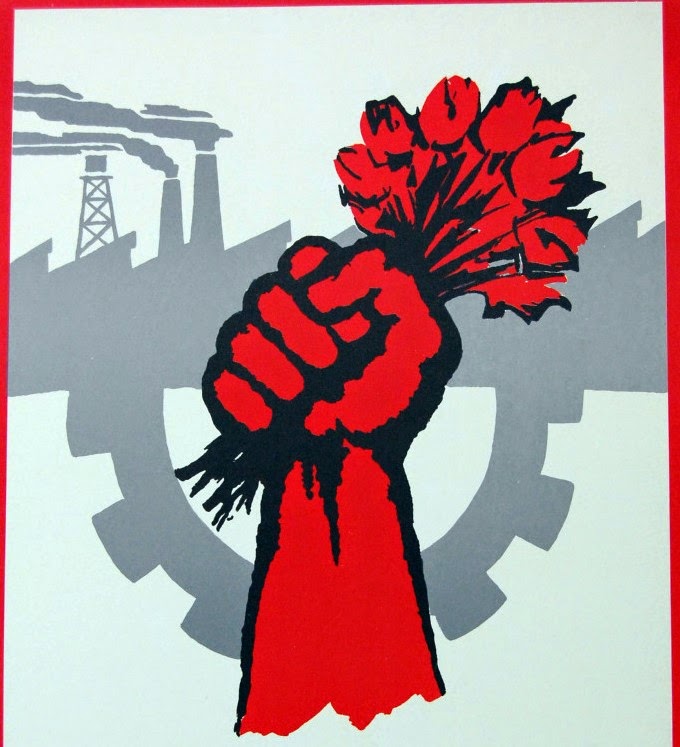 The Socialist Party insist the working class is the only social force capable of putting an end to capitalism—the root cause of economic chaos, poverty and war.

Workers everywhere are becoming aware that they are being exploited for the benefit of others. They are industrial slaves. The foundation of capitalist society is laid upon a basis of individualism, conquest and exploitation, with a total disregard of the good of the whole. As civilization has grown more complex the workers have become more and more enslaved, until today they are little more than parts of the machines they operate. A society built upon such wrong basic principles is bound to retard the development of all. The result is a false standard of values. Trade and material prosperity are held to be the main objects of pursuit and conquest, the lowest instincts in human nature — love of gain, cunning and selfishness — are fostered. What is the cause of malnutrition in some of our wealthy countries? And what is the cause of unemployment? These days we hear a great deal of charity hand-outs and food banks even in times which the media try to convince us of economic recovery and prosperous growth.

Crushed and stupefied by poverty, workers demand that they shall have some of the beauty, some of the comforts, some of the luxuries which they have produced. Slowly people are stirring, this “great common herd” are finding out what is wrong with the social, political and economic structure of the system of which they are a part. In spite of the historical proof of the futility of war, nations raise billions of dollars and millions soldiers in preparation for war. Socialists look upon the whole world as our human family, and every war has to me a horror of a family feud. What have you to fight for? National independence? That means the masters' independence. We look upon true patriotism as the brotherhood of man and the service of all to all. The only fighting that saves is the one that helps the world toward liberty, justice and an abundant life for all.

The burden of war always falls heaviest on the workers. They are taught that their masters can do no wrong, and go out in vast numbers to be killed on the battlefield. And what is their reward? If they escape death they come back to face a burden of poverty. Through all the ages they have been robbed of the just rewards of their patriotism as they have been of the just reward of their labour. Nothing is to be gained by the workers from war. They suffer all the miseries, while the rulers reap the rewards. Every modern war has had its root in exploitation.  War propagandists have still another very important purpose. They want to give the people something to think about besides their own unhappy condition. They know the cost of living is high, wages are low, employment is uncertain and will be much more so and regardless of how hard and incessantly the people work, they often cannot afford the comforts of life; many cannot obtain the necessities. So every few years we are given a new war scare to lend realism to their propaganda. Such as the “war” against terrorism or another countries supposed “aggression”. The media issues the appeal “Patriots; your country is in danger! There are foes on all sides of us. Quit your whinging.” Workers invariable fall for this trick and are fooled over and over again. If the workers would only use their minds a little, instead of letting others do their thinking for them, they would see quickly through the flimsy arguments of the newspapers they read or the TV news broadcasts they watch.

The Left’s "Tax the Rich and Make Them Pay" sounds very anti-capitalist, and certainly the capitalists don't like it, but it assumes that the rich continue to exist. It's the old illusion that you can use taxes and government intervention to make the capitalist system work for everybody's benefit. You can't, as has been proved time and again. The Left use such slogans as a sop to disillusioned Old Labourites - who still think capitalism can be reformed - to join their ranks.

What is the Socialist Party organised for? What is the chief bond of our unity? What is our avowed object? The abolition of capitalism. We believe socialism is practical. Workers have nothing to lose but their chains and a world to win. Let the workers form one great world-wide movement, and let there be a globe-encompassing revolt to gain for the workers true liberty and happiness.


When there is no Socialist Party candidate and that sadly is in most constituencies, we suggest a write-in vote for socialism.  Because we think that, in future, the election system could be used in a constructive way we shall be exercising our right to vote. Members shall be going to the polling stations and casting a write-in vote by writing "WORLD SOCIALISM" across the ballot paper. If you believe in a world without frontiers in which the natural and industrial resources of the Earth become the common heritage of all humanity and are used to provide enough for everybody in an ecologically-acceptable way then you should do the same.
By ajohnstone at April 25, 2015