Our need is to make socialists 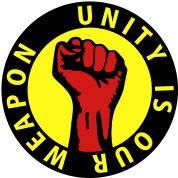 It is a new society that the Socialist Party is working to-wards, not cleaning up the present capitalist mess into a smoothly-working order. We aim for nothing less than the taking over by the workers of all the means of producing wealth, to be used for the benefit of the community, that is to say, for the benefit of each and all of those who compose it; in other words, the realisation of a new society with equality of condition for its basis. Anything less may change the  masters but it will still leave them under masters still, and leave them slaves. Before we can attain to this it is necessary that the mass of the workers should understand this much at least, that nothing short of this will deliver them from the ills they now suffer.

The real business of the Socialist Party is to make socialists, to cover the country with a network of associations composed of men and women who have no temptation to waste their time in the thousand follies of partisan party politics. When the working class understand that they are not appendages of capital a revolutionary change will embrace the whole of society. The educational process must form a rallying point for definite aims and be no mere debating club, or philosophical society. Our function is to educate the people by criticising all attempts at so-called reforms, whose aim is not the realization of equality of condition, but the hindering of it; and by encouraging the union of the working classes towards Revolution. We will produce no more for profit but for use, for everyone to enjoy a happy life. Is that but an empty dream. If so then there is nothing to be looked for at all on this earth; and the business of each one must be to stave off pain and grasp at whatever passing pleasures we can without regard to others.

Although the Socialist Party trusts in the certainty of the social change coming about, it would be foolish for it to attempt to prophesy as to the date of its realisation, since hope is apt to give birth to despair if it meets with disappointment. Although the oppression and robbery of the past and the present is preparing the future, history has shown us over and over again that revolutions have to wait till the force which is to destroy the old order and create the new is overwhelming. When our fellow-workers do become conscious of the need for the abolition of private property in the means of production, the inequality between the two combatants in the class war will be no longer against them, but against the masters, and the war will soon be over. Unless we in the Socialist Party are all wrong, there are seeds of social feeling, capable of great development; and surely when the time comes they will be made manifest. The revolution itself will raise those for whom the revolution must be made.

The Socialist Party believes that there are amongst men and women all varieties of disposition, and desires, and degrees of capacity. We concede that people are not made naturally equal. Yet there are certain things which we all need; in that respect we are equal: we all need food, clothes, and shelter, and clearly if we need these things we need sufficient of them and of good quality, or else we have not really got them. Since then these needs are common to all, it follows that if anyone is not able to satisfy his or her needs in these respects there is something wrong. As men and women we also have other needs as in leisure and amusement and education. Again if a person has not enough access to leisure, pleasure, and education there is once more something wrong somewhere.

This is the equality which the Socialist Party claims, that everybody should have enough food, good healthcare, and comfortable housing, with ample free-time for pleasure and education; and that everybody should have these. If not, we are not all equal. If we are not equal then there is something wrong with the society we live under. This is one of the richest countries in the world where there are a great number of clever and capable hard-working people in it, nevertheless  there are persons who go without, who have not enough food  or good enough housing and who have no hope of obtaining these things. If therefore there are rich and poor in a rich country rich in resources there must be something wrong with the system under which such things happen.

Socialism is the condition of all factories throughout the country cease to be owned by private persons and are owned by the people in general. The means of production and the land should be owned by no private person but by the people at large.  The society which the Socialist Party seeks to see is where no person will have to find a master for employment, a master who will not hire unless he can take a portion of what is produced as his profit. There will be no political parties squabbling incessantly as to who shall govern the country and doing nothing else; for the country will govern itself, and the parish, village, municipal, and county councils will send delegates to meetings for dealing with matters common to all. The trades also will have workers councils which will organise  labour. People will meet when necessary in general assemblies either physically or virtually through the internet to discuss matters common to all. Every citizen will be brought up to learn and to understand this organisation. We shall learn to live bound together by ties of community and mutual aid. We will cease to fight with each other for livelihoods and to rob one another of all the ordinary necessities as these would be so abundant that they would be free for everybody to take as  needed. For an illustration: when a family that is comfortably-off sit down to a leg of mutton how do they act? do they bring in a pair of scales and weigh out to each a share  for his or her plate? No, in a family everybody has what he needs and no one begrudges it: Mary has one slice, Jack has two, and Bill has four: but Mary and Jack don't feel wronged, since they have had as much as they wanted: and the reason for this is that enough has been provided, and that the members of the family trust one another.

It is for you to choose whether you wish humanity to be a family or not. The life of a free person is better than that of a wage-slave.

The World Socialist Movement in the words of George Julian Harney seek "an order of things in which all shall labour and all enjoy, and the happiness of each guarantee the welfare of the entire community."