What Socialists Aspire Towards 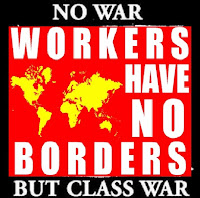 In the warfare against class-rule and social wrong the Socialist Party was borne and will play its full part. The Socialist Party is attacking the very heart of misery and degradation which is capitalism. It is attacking the poverty growing heavier with every day, by calling for a society for the benefit of all people. The opponents of the Socialist Party say our goal is impractical and not feasible But we proudly stand for a change in the basis of present society - a change which would destroy the distinctions of classes and nationalities. The Socialist Party aims at the realisation of world socialism. For us neither geographical boundaries, nationality nor race makes rivals or enemies; for us there are no nations, but only varied and diverse fellow-workers. Socialism would substitute community of interest for conflict of interest.

The study of economics is no doubt necessary for socialists; the more a person knows of it, the more able he or she is to meet not only the sophistries of the ‘educated’ anti-socialist, but, which is still more important, the awkward and hard-to-be-answered questions which people who have never thought of these matters at all sometimes stumble on. The essence of socialism is that both the production and the distribution of goods will be carried on for the benefit of the community. What greater purpose is there than working to create a world that secures the health of our world and for the well-being of all our peoples? Our vision is one of communities cooperatively linked together and dedicated to protecting the planet and all who live on it.

Socialism will exist for the welfare of society, and will be co-operative in the widest sense. It would subordinate to the real welfare of society; i.e., the production of goods not  production of profits as the means for the ease and happiness of life. For instance, in any society it is desirable that cotton should be produced at the least expenditure of labour, but in a socialist society it would be impossible to condemn a part of the population to live under miserable conditions, conditions worse than that of others in order to reduce the expenditure of labour for the community.

There will be necessary work to be done which will repellent. Much of this could be automated when the restrictions laid on production by the exigencies of profit-making were removed. But perhaps a portion of this work may not be done by robots. For this volunteers would have to be relied upon; nor would there be any difficulty in obtaining them, considering that the habit of looking upon necessary labour from the point of view of social duty would be universal. Disagreeable work which a socialist society found itself saddled with as a survival of past times, and which it found out not to be necessary, it would get rid of altogether.

The hope of socialism that carries the future of mankind within it may well be buried under the ruins of civilisation collapse brought about by a nuclear war disaster or the environmental catastrophe. The madness will not stop and the nightmare of hell will not cease until the workers of the world stir from their slumber and embrace one another in brotherhood. Today, the organised and unified class movement is a shell of its former self. It hardly exists. The rise of a socialist movement depends today on the rise of a politically-conscious working class. The Socialist Party dedicates itself to the purpose of hastening and influencing such a development.

The socialist concern with community is reflected even in our language—“brother,” “sister,” and “comrade” are used to address people with whom we do not know, indicating that there are firm bonds of a common cause. Our vision is for a society where people will see their own good as being connected and dependent to the good of others. No more free of fear and envy, and instead both self and mutual respect. It is which we aim to secure, through the abolition of the capitalist private property relations. We hope that people will come to respect one another in ways that they cannot under capitalism.