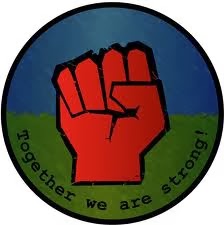 In truth a knowledge of socialism is not hard to acquire at the present time with so many distortions and misconceptions that are prevalent on both the Right and Left. At one time there were differences of opinion between socialists chiefly in the means to be used to achieve it yet in the aims of socialism there was really little difference. This is no longer the case. There are proponents of various “socialisms” that are clearly no resemblance of the original goal. Some of these “socialists” are purposefully acting disingenuously, while others merely try to placate a hostile audience.

A very general broad description of socialism is an aspiration towards a society founded on mutual goodwill and fair dealing, in other words towards a real society. Socialism is an economic change pure and simple to attain such a society. The aim of the Socialist Party is the realisation of a society based on equality for all persons without distinction and that the necessary step to achieve this society is the abolition of monopoly in ownership of the means of production, which should be owned by no individual, but by the whole community, in order that the use of them may be free to all, the recognition of the maxim ‘from each according to ability, to each according to needs’.

The Socialist Party speaks of world socialism where the workers do not recognise the national distinctions made by their masters, and that in the society of the future, nations as political entities will cease to exist, and give place to the federation of communities bound together by locality or convenience.

The Socialist Party has declared over and over again its sense of the futility of socialists wasting their time in getting  palliative measures passed by parliament, which, even if desirable are only temporarily useful. The Socialist Party believes there can be no useful purpose served by their running campaigns for the votes of those who do not understand the principles of socialism and who attracted solely by election promises made by the candidates. Our present political education is good for one thing - the creation of discontent.

The bonds in socialist society will be voluntary in the sense that all people will agree in its broad principles when it is fairly established, and will trust to it as affording mankind the best kind of life possible. However, any community will at times determine a course of action which, without being in itself oppressive, will give rise to dissent from some of its members. If that happens should the issue be left alone? Should the  minority give way or should the majority prevail? Life shows us that wherever a dozen thoughtful individuals shall meet together there will be twelve separate opinions. And we must not forget that mankind is a very complex species. We are made up with many different moods and impulses; no-one is always wise, or knowledgeable in all respects and if those twelve people want to act together, there must be give and take among them, and they must agree on some sort of common rule of conduct to act as a bond between them and that is, the conscience of the association voluntarily accepted by all in the first instance. There are some anarchists who describe the tyranny of the majority imposing its will upon the minority yet if it is not be carried by a majority then it must be carried by a minority. Where all are equal under a voluntary association, ‘give and take’ would influence people’s minds.

The Socialist Party makes it clear to our fellow-workers that private property permits the privileged few to compel the many to live in misery. Let it be clearly understood that only two systems of society are possible, wage-slavery and world-socialism. Common ownership and the abolition of the individual ownership of property is our aim, the aim of all real socialists.

Will Parliament help us towards the accomplishment of this aim? Take another question as an answer to that first question. What is the aim of Parliament? The upholding of privilege; the society of rich and poor; the society of inequality. For our part in the Socialist Party, we say that in the social revolution taking place the workers may be obliged to use parliament in order to thwart the resistance of the reactionaries. When the Socialists are strong enough to capture the parliament in order to put an end to it, the revolution will have all but come.

The bosses with most sincere conviction.
say there’s nothing wrong with the system,
It just needs a little fixin’.
But socialists around the world,
we have the solution:
We want Revolution! 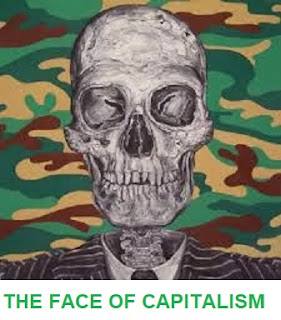