A better tomorrow for all. 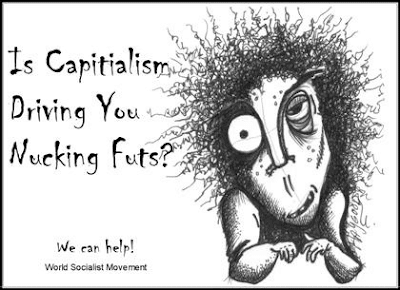 Erich Fromm stresses the insanity of capitalism. As objective evidence of the pathological condition of this society, Fromm points to the statistics for suicide, homicide and alcoholism. We take society as it actually is; a world-wide system. Capitalism is much more than capitalism in the United States. In its first stages, capitalism was highly rational, for it developed the productive forces as no other society before it. This is an objective fact that must be recognized no matter what one might think about the real attitude of this society toward “the unity of man, of reason, love and justice.” Today, however, capitalism has become such a brake on the productive forces that it is turning them into their opposite – forces threatening to destroy civilisation and even mankind itself.

Socialism is based upon cooperation, administered in the equal interest of all without a trace of slavery to breed resentment or mar the social interactions of society and community.Competition, they tell us, makes the world go round. Competition, however, means rewards for the rich but penalties for the rest. Socialists see men and women as constantly involved in a process of change, changing their societies and their environment and, through that, changing themselves, their nature. As a basically predatory society, capitalism is destructive, and develops aggression in mankind. Socialism aims to release humanity from the ugliness that capitalism fosters.

Socialism is indispensable to real freedom – that is to say, of liberties that are concrete and actual, not formal and “constitutional”. Socialism rids us of enemies of human liberty. The working class is enslaved, its organisatons suppressed, and its conditions of work and life constantly deteriorating. The working class is not free. Property cannot be collective until the community as a whole is free to dispose of it as it wishes. Without democracy, and unless the community as a whole enjoys an absolute right of control and decision, collective property is an empty phrase. The point is to dispossess the plutocracy of its power.

Revolutions make themselves; they have no need of any school-master to assist them. All that is necessary is that the organisations of the working class should adopt tactics calculated to promote this gigantic economic and social transformation. We are not a party like other parties. We retain an unshakable confidence in the socialist future of humanity. The fetters which bind the forces of production and condemn the overwhelming majority of the population to misery must be cast off. The only road that can avoid chaos and barbarism is the socialist emancipation of society.

The aim of socialism is nothing but the fullest attainment of democracy. The World Socialist Movement differs from all others in that it is the only consistent and thoroughgoing champion of democracy in all spheres of economic, political and social life. 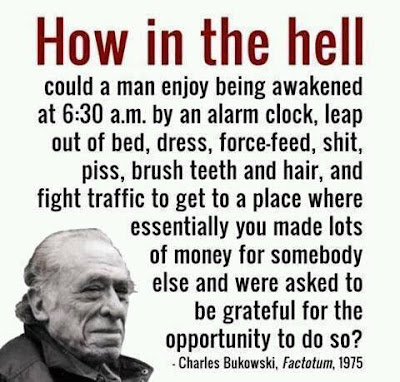