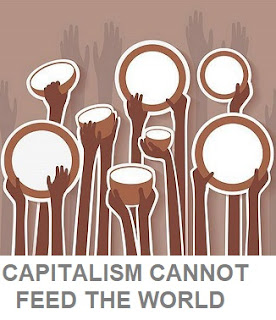 Socialist Party organisation means getting together with a common understanding and a common end in view, and working systematically for the attainment of that end. For our fellow-workers to organise effectively, they must have a correct understanding of their position in society and of the conditions under which they live and work. If they fail to understand these things, they will either not organise at all or will organise in an ineffective manner. The effectiveness of their organisation depends on the correctness of their understanding. The better they understand conditions the more effectively they will organise. Our common end is the abolition of the wage system.

Many workers mistakenly believe that they are all free and independent sovereign citizens and that all people have an equal chance to become wealthy and powerful, or to enter the White House as president. They have been told that it is a person's own character failing if one is not "successful"; that the wealthy gained their riches by honesty, industry, self-denial and dedication to business; that there are as many opportunities for advancement today as there ever were; that his workers are protected by the law, and get justice in the courts; that the boss is their best friend; that the way to improve their condition is to work harder and that work a privilege.

If the workers are dissatisfied with capitalism but have no faith in themselves or their class; if they want to be led by politicians they will remain slaves. Those holding a socialist understanding can neither be chloroformed into inactivity nor carried away by half-baked theories of reformist half-measures. Class-conscious workers do their own thinking instead of trusting to politicians or would-be leaders to do it for them. All wealth is produced by labour, but it is taken by the capitalists, who give the workers in the form of wages just enough to keep them in working condition and to reproduce their kind. The capitalists own the natural resources and machinery of production. The capitalists live in opulent extravagance never before heard of in the history of the world. While the capitalists revel in luxury, the workers are condemned to lives of poverty, ignorance, toil and privation. They lack economic security. Poverty and the fear of poverty render their lives miserable. The average worker is not more than a few weeks removed from a state of dependency. Great numbers are killed annually in the industries. Hundreds of thousands die from occupational diseases. Millions of children are deprived of education and are stunted and dwarfed physically and mentally by slavery in factories and mills. Other millions go hungry to school and suffer from countless diseases brought on by malnutrition. Having no standing before the law, workers are hounded by the police, victimised by the courts and subjected to all kinds of abuse, injustice and tyranny.

It is not “human nature” that is the cause of the problems people face today. It is the way society is organised, with a minority of people owning and controlling the wealth and the industry of our planet, excluding the vast majority of the people from any real say in the running of society. This is what lies at the root of the problems that working people face. It is this capitalist system that cannot guarantee security, cannot provide the good things of life for all, cannot give a constantly improving standard of living for the millions and cannot guarantee peace in the world. It is this that must be changed. The working people who have produced all the wealth around us must come into ownership and control of what is their own by right, so that they can then build the society and produce the things they want.

The capitalists control government and all institutions of society by means of their wealth; they get their wealth by means of controlling those who work, the source of all wealth. Governments bow to them, courts hasten to do their bidding, politicians grovel at their feet, the media distort facts in their interest. Socialism means radical action that deals with causes instead of tinkering with effects. The workers have a power infinitely greater than that of the capitalists. When the workers control industry, they will own the earth. Socialism will enable us to overcome the brakes on progress of capitalism. It will release the creative energies of the people, making it possible to build a society that will be able to meet their needs in food,health and shelter, and will open vast horizons of cultural and educational possibilities for millions. Mankind will be freed from worry about basic material needs as we know them today. Different classes will, in fact, cease to exist, as all people make their contribution to the productive life of society. The oppressive functions of the state as we know them will become redundant, and will wither away as they fall out of use. What will remain will be only a democratic administration of production in the hands of the people. Men and women will be able to develop their own talents to the full. With the harnessing of science and technology to industry, boring and repetitive drudgery will be eliminated. Work for all will become interesting and satisfying. housing, travel and cultural facilities become available to all people. The boundaries between mental and physical labour will be removed as all people receive the freedom and means by which to exercise their potential and abilities. The separation between town and country will end.

Winning socialism will open up for us the possibility of a life for all that will be plentiful, secure, happy and interesting which will end of those worries about wages, housing, poverty, peace that dominate our lives today. Building this new society is the aim of the Socialist Party. 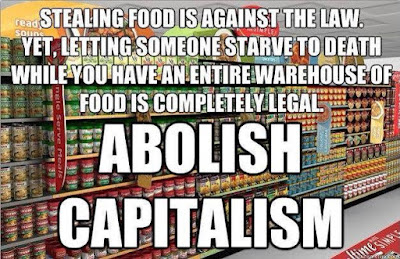