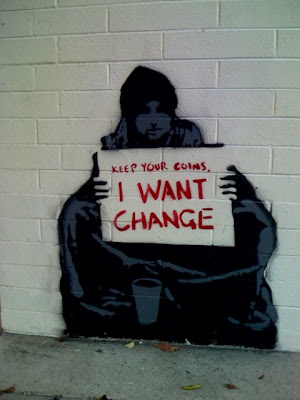 The Herald reports that food prices are set to rise around the globe after years of decline, with climate change making it harder for the world's poorest to get adequate food . Rising global temperatures as well as growing food consumption in rapidly developing countries such as China and India are pressuring the world food system, meaning that prices will rise for the foreseeable future, according to the International Food Policy Research Institute. In addition, switching to crops used for biofuels will also reduce the amount of available food and increase prices

Hunger and malnutrition could rise as poor agricultural communities most sensitive to the environment, such as in Africa, are affected. Dependency on food imports will also increase as cereal yields decline in poorer countries. The world's agricultural production is projected to decrease by 16% by 2020 due to global warming, the report said, with land used for certain crops shrinking.

And we have the Independent reporting that the World's wealth already cannot provide for all its population and it is making the customary Christmas appeal for charity and alms .

Even in this supposed rich developed country there are tens of thousands of homeless yet according to Empty Homes Agency, a campaigning charity there are currently 663,000 wasted empty homes in England .

There are three main reasons for these 663,000 empty homes:-

First group have small-scale owners who've let the properties fall into disrepair, or have bought/inherited them in that state. But they don't have the time or the means, and so nothing is done year after year.

The second group are a consequence of property speculation. They are new-builds bought for investment. People buy off-plan with the intention to sell, will wait for their high expectations to be met rather than to accept what they're worth now or to rent them out. They'll gamble for big returns in the future rather than settle for a small but good income now .

The third group are publicly owned such as the Ministry of Defence or local authorities compulsory-purchasing homes with a view to regeneration. But some of those regeneration projects take forever, and in the meantime, homes that could be put to good use are sitting vacant.