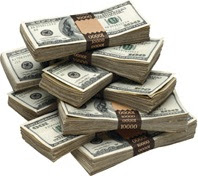 Been a while since Socialist Courier revealed the take home pay of the the rich . So we now point to Stewart Milne who maintained his position as one of Scotland's best-paid directors by taking home more than £7.5m in salary, benefits and dividends . Between them, the company's directors shared pay and benefits of £4.4m, of which more than one-third, £1,547,498, was taken by Milne. The company also paid out dividends of £6.2m, of which £6m went to Milne himself.

Milne's total pay packet has actually fallen from last year when he was a beneficiary of a £10.8m package, but £5m of that was in the form of a pension contribution.
Nothing like whatis available in Wall St though .
According to the Independent "The young guns at the investment bank Goldman Sachs – none of them over 40 years old – were unmasked yesterday, prompting a wave of adulation and envy among their colleagues, and another bout of handwringing about Wall Street's ability to make multibillion-dollar profits even as millions of ordinary people face losing their homes
Dan Sparks and two underlings, Josh Birnbaum and Michael "Swenny" Swenson, placed what were in effect giant bets against the US mortgage market at the start of the year and watched their winnings tick higher and higher as the rising numbers of mortgage defaults spiralled into a worldwide financial crisis.
The trio themselves are in line for bonuses of about $10m apiece from a record bonus pool at Goldman of about $19bn
By ajohnstone at December 15, 2007