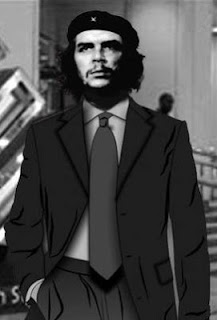 The misty-eyed support for Castro's Cuba would not be so worrying were it confined to the ranks of Stalinists; however, its tendrils reach well beyond them to many Scots. The US trade embargo established in 1960 — the world’s longest-running trade sanctions — continue to squeeze Cuba’s finances, targeting foreign companies that do business with Havana for huge fines. But what has changed in recent years is that Raul Castro now publicly acknowledges that the island’s most nagging economic problems are mainly the result of bureaucracy and excessive state control.

The Castro regime has proven remarkably resilient and has maintained a tight control over the economy. At times, this has meant a heavy hand. None of this has abolished the commodity nature of production, nor the wages system. Generous subsidies from Moscow kept the island’s economy afloat until 1991, when the aid was cut off by the Soviet collapse. A period of painful austerity set in that Cuba has never really recovered from. The collapse of the Soviet Union, and the loss of Cuba’s export markets as well as the convenient supply of oil for industrial purposes led to the economy undergoing serious recession. Since then, the government has been trying to re-orientate the economy. President Raul Castro has been making headlines with easing travel restrictions and modifying agriculture land use rules. It's a cautious, free-market experiment meant to help streamline an inefficient economy. Since about 70 percent of Cuba’s food is imported. Castro has made boosting local agricultural production a priority of the reform effort, handing over 3 million acres of state-owned land to private farmers and cooperatives. But farmers still face massive red tape and restrictions on where they can sell their produce. Nor can they buy tractors, trucks or other key farming equipment without government permission.  New rules allow farmers to re-lease up to 165 acres of fallow government land. The change allows farmers to build homes on the land, which was previously prohibited. In the case of disability or death, a farmer's properties will be transferred to the surviving family. However they cannot buy tractors, trucks or other key farming equipment without government permission. In Cuba, 85% of the population is employed by the state but a pilot program will convert 222 state-owned companies into worker-run cooperatives. The government will maintain ownership of the company’s physical property and charge rent to the cooperative, but members will determine their own hours, pay and management.

Other elements of Castro’s reform measures are less popular. The government has gradually scaled back the ration system that is a cornerstone of Cuba’s social safety net. It provides everyone with a highly subsidized food basket that includes staples like rice, beans, eggs and sugar. The monthly rations barely provide two weeks’ worth of food for an average adult. But they ensure that nobody starves.  Food prices rose 20 percent in 2011, but most government salaries remained flat, so many Cuban families are hard-pressed to see Castro's economic reforms as an improvement. More than a million workers could lose their state jobs but the  lay-offs have now been delayed. The original aim was for many of those laid off to become self-employed, however, the government appears uneasy about potential social upheaval and does not have its alternatives in place.

The continued existence of the wages system has meant the need for measures to impose labour discipline. The Cuban state only recognises one trade union federation, Central de Trabajadores Cubanos (CTC). This consists of unions entirely dominated by the ruling Communist Party, wherein officers are vetted (not just by their present affiliations, but on a documentary of their entire lives going back to their school records) before they are allowed to take up posts. Whilst independent trade unions are not entirely illegal, their existence is subject to repressive controls and harassment, beginning with the Associations Act (Leyes de Asociaciones) and escalating to the generally repressive political order laws. The requirements of the Labour Code demand that collective agreements be decided by both workers’ meetings, and the employers, with the Communist Party being heavily involved on both sides of these negotiations. There is no legally-sanctioned right to strike. Thus, although there are formal and nominal freedoms, in practice they are undermined by highly centralised capacity to crush dissent. In the absence of political and trade union freedoms, then, the working conditions of Cuban workers are hard. Their living standards drastically cut by the recent recessions, even if they “agreed” to this in mass meetings to save their jobs.

Although Cuba nominally has 100 percent suffrage, this is restricted to candidates approved by the Committee for the Defence of the Revolution. Likewise, a plethora of laws make free criticism and electoral organisation impossible: Article 144(17) of the criminal code prohibits disrespect to authority; Articles 200–201 preventing the spread and cause of panic and disorder have been used to imprison people publicly voicing criticisms; Article 103 prohibits ‘enemy propaganda’ which is interpreted as anyone inciting criticism of the Cuban system and its international allies; Article 203 criminalises disrespect to the flag and symbols of the regime; Article 115 prevents the dissemination of ‘false news against international peace’; and the piece de résistance is articles 72–74 which forbid anything ‘dangerous’, which can be anything the police and courts decide are so.

These battery of laws amounts to an arsenal fit to stop any independent thought and organisation, and amounts to a capacity to arrest anyone the state doesn’t like, any time they want. In a situation in which workers cannot hope to organise politically, it makes free association in trade unions impossible. All of this needs to be borne in mind when stories are repeated by apologists of Cuba about how workers have democracy and freedom to organise in Cuba; or of how workplace committees and trade unions decide industrial matters.

The supporters of Cuba put their concerns for “national rights” before class solidarity, in supporting the Cuban regime. They excuse its actions as a necessary defence against US aggression, and will it to survive against the greater power, even at the expense of its workers’ lives and liberties. Socialists do not consider that the best way to assist the workers of Cuba is to support the régime that dragoons them in siege warfare with the US. We need to free socialism from the taint of the undemocratic methods applied in Cuba and stand clearly for the political freedoms of association and speech for the working class the world over, so as better to spread the ideas and consciousness required for the building of a truly stateless classless world co-operative commonwealth.


Utopia has always supposed to be an imaginary far-flung Island in uncharted seas. For some it is a very real island in perfectly well-charted waters of the Caribbean for a good majority of the Left. We can point to Cuba’s impressive record on health care and education (much better than in much of the rest of Latin America, including its healthy 76 year life expectancy). Cuba does indeed show what could be possible, even with meagre resources to meet the needs of human beings, and how artificial the deprivation across much of the rest of the world is. But the difference in treatment stems largely from an autarkic nation’s need to maintain a functioning workforce versus the surplus population of the mono-export countries of much of the rest of South America.

Castro was in an impossible position. They wanted to improve the living standards of the “unconscious masses” but were severely limited as to what they could do by world market conditions and in fact, as the government of a state-run capitalist economy in the context of global capitalism, were in a sense obliged to impose the restrictions on consumption that world market conditions (and a blockade by US) imposed. Cuba tried to escape from the laws of the world market economy but only at the price of establishing a state capitalism which in the end has had to take into account world market pressures anyway.

The idea that an enlightened minority should seize power with a view to liberating the unenlightened masses is that the minority can come to justify, as part of its programme of uprooting capitalist ideas, coercion against so-called “backward” elements within the working class who are accused of clinging to capitalist ideas to the detriment of the common good—and in Cuba one idea that has been classified as backward is pressure for a higher individual wage or salary, denounced as selfish “economism”. So it is not just people in the pay of the CIA who end up in jail but also genuine trade unionists and advocates of free speech.

For many Cuba is “on the road” to “socialism” via “the workers state”, while the transition to “communism” is a distant vision in the future. They are  compelled to accept that trading with world capitalism necessarily imposed severe limitations on actions, in short acknowledging that the economic conditions dictate the country’s direction.

National defence, nationalisation, industrialisation, agrarian reform and the development of foreign trade are all urgent issues that have to be addressed if Castro’s Cuba is to survive BUT it won’t be socialist nor on the road towards socialism and no amount of wishing otherwise can change that reality.