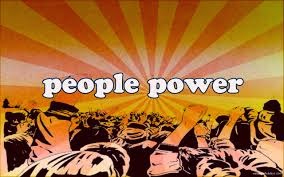 Most workers have been misled on the issue of socialism. Many believe the capitalist class propaganda that socialism is oppressive and that socialism is imposed on the people without their consent. Many believe that socialism is a threat to their freedom. The failure of old “socialist” and “communist” groups to explain the perspective of socialism openly and boldly has greatly assisted the ruling class in undermining understanding. A genuine revolutionary party, as Marx and Engels pointed out over a century ago, disdains to conceal its aims, and openly advocates the necessity for a socialist revolution. It is necessary to use every opportunity to develop workers’ understanding that real economic security, freedom and peace can be achieved only by a revolutionary transformation of capitalist society into socialism.

It is a sign of the times that  people are discussing the meaning of socialism. There is also the beginning of a surge of militancy among workers. The working-class is composed of all those people who, divorced from the ownership or control of the means of production and forced to rely on the sale of their labour power (ability to work) for their. These workers and their families make up the vast majority of the population. For years the working-class has been a sleeping giant lulled to sleep by the ability of capitalism to expand and provide a gradually rising standard of living. Living standards of the majority of the working-class have been eroded and the system has been unable to raise real wages for the majority of workers or to prevent a drop in the living standards of workers. Each year, a larger share of production goes for profits, a smaller share for wages and other workers’ income.

As the recent recession deepens the attack has been intensified on living and working conditions of all workers in order to sustain the maximum profit drive of the capitalist class. This renewed profit drive at home takes on many forms:

1. Replacement of workers by automation and mechanisation.
2. Speed-ups, redundancy and early retirement to eliminate workers.
3. Lengthening of the working day per family. This is done by means of workers having to take extra jobs and that there must be at least two job-holders if a family is to keep the bills paid.
4. Shifting of an increased tax burden from the capitalists to the workers, although this can only be on short term respite before the burden returns to the capitalist class.
5. Increasing attacks and the squeeze on millions of workers on welfare benefits.
6. Undermining of unions and union conditions by cutting wages, hiring temps in a process of casualisation such as zero hour contracts, or moving plants to unorganised and low-wage areas (right-to-work states in America) at home or out-sourcing abroad, as well as passing anti-union legislation.

Workers’ efforts to organise unions in order to raise wages, shorten hours, and improve working conditions go back to the earliest days of capitalism. Throughout history, the bosses have always tried to keep workers divided, unorganised and weak, in order to intensify their exploitation and thereby grab bigger profits. The capitalist class has never stopped – and will never stop – its efforts to destroy and weaken the workers’ movement. Bitter class battles have developed, and the outlook is for longer, more frequent and more bitter class warfare.

Despite a history of struggle to organise and to improve conditions, reforms have not resulted in a decent, secure life for working people. Every gain is continuously threatened and require defending. As long as the ownership of land and industry is under control of the capitalist class, the economy is run solely for the maximum profit interest of the bosses, and their state power is used to protect their capitalist system. Reforms only create illusions. Out of a misconception that socialism is not on the order of the day, reformists forget the very purpose of being revolutionaries. They fail to expose the nature of the capitalist state so as to avoid being “too left.” Out of fear of isolation, they abandon class struggle entirely.

Workers must be guided by the slogan, “An injury to one is an injury to all.” and advance  solidarity in all battles against the capitalist class enemy. Unity of workers in a class struggle must begin from below through cooperation and coordination. To achieve the maximum possible labour unity, many groups besides union members must be involved, the wives,  the unemployed, the local community – all those who are exploited by capitalism. Workers must also build toward independent political action by the working class.

The immediate aim of the socialist revolution is to overthrow the capitalists and the the creation of a classless and stateless society in which the guiding principle will be ’From each according to his ability, to each according to his need’. The working class  abolishes capitalist relations of production and replaces them by non-oppressive, non-exploitive ones then the alienation characteristic of capitalism will begin to disappear. Productive activity will become a creative, fulfilling and truly human activity. The Socialist Party seeks no cut and dried Utopia. We challenge the system of wage slavery itself.