For world socialism from below 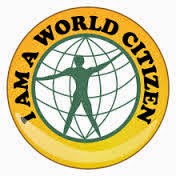 In the Communist Manifesto, Karl and Frederick declared:
"The bourgeoisie has through its exploitation of the world's market given a cosmopolitan character to production and consumption in every country. To the great chagrin of reactionists, it has drawn from under the feet of industry the national ground on which it stood." Ever since Marx and Engels gave voice to the interests of the proletariat, the socialist working-class movement has been recognised as an internationalist one. Capitalism is international; so is socialism to be.

Today, it leaves no vestige of reason for the continuance of the spirit of nationalism among the working class. Workers do not own the state or the industries, and they have no meaningful say over either of them. That is as true in Scotland as it is in the United Kingdom, or anywhere else in the world.

Increased productivity, decreasing wages, the massive loss of full-time jobs, growing economic insecurity and the widening of the wealth gap proves that the capitalist system of private ownership and profit production is based on the exploitation of the working class. As long as this foundation of society remains this trend will continue regardless of the claims and promises of politicians, Scottish nationalist or British nationalist. As long as the working class tolerates the private ownership and control of the economy, workers will be used and disposed of at the profit whims of the tiny capitalist class.

The internationalist nature of the socialist movement has its roots in the common oppression experienced by all workers and in the international character of the capitalist system itself. Internationalism is a powerful antidote for some of capitalism's most vicious and virulent ideologies, including racism, nationalism and divisive chauvinism of all kinds. A clear view of the communality of interests of the oppressed class throughout the world provides a powerful bulwark against the propaganda which issues daily from ruling-class sources. Recognition of the interest all exploited peoples have in ending the systems of class rule which dominate the world is a large step toward exposing and withdrawing support from the nationalist aims of their respective ruling classes. Scottish left nationalists can use all the sophistry they wish by disguising their objectives through the invention of such phrases as “internationalism from below” but it simply won’t hide the fact that they offer succor to the section of the Scottish capitalist class who consider their vested interest is having more control in the local economy and international trade.

In their practical dealings, the capitalists renounce nationalism. The multinational corporations stand today as monuments of their class cosmopolitanism. Nevertheless, when the need arises to promote their national capitalist interests they have their political lackeys fan the fires of nationalism. "National" interests are said to be in danger. These, of course, are the material interests of the capitalist class, but by identifying them as "national" interests the fact is obscured. Even paupers are made to feel that they have a stake in defending these interests, for they too are part of the nation. The nation is held up as the embodiment of a higher authority to which all owe allegiance. But behind the "nation" is the national capitalist state, and behind the state the ruling class for whom it acts as executive committee.

Nationalism is employed by the capitalist class deliberately to submerge the class struggle and to blind the workers to their own class interests. Internationally it is used to keep the working classes of the world divided against each other, and to blinker them to their common struggle and common aim. Nationally it is used to make the demands of the workers seem in conflict with "national interests," and their efforts to enforce these demands as threats to "national unity."

Socialist internationalism means that workers' real interests and loyalties lie in supporting the efforts of workers worldwide in the class struggle; in supporting all workers' efforts to resist their exploiters and defeat their exploiters through the establishment of socialism. It means rejecting nationalism and the efforts of ruling-class nation-states to pit workers against each other in economic competition or set them at each others' throats in war. It means holding up international working-class solidarity in opposition to ruling-class nationalism. At a time when Scottish workers are now grappling with the effects of intensified global capitalist competition, and have just been assaulted with nationalistic propaganda in an effort to win their assent to constitutional change the need for socialist internationalism is greater than ever.

The media, the politicians and other mouthpieces of the capitalists have done their job well. In the referendum Scottish workers are being  caught up by the "patriotism" of both Yes and No camps. The Socialist Party cannot stop world capitalism from creating even more misery on a global scale than it already has. Only the working class can do that. What the SPGB can do, however, is hasten the day when workers will come to the realisation that they must act to end capitalism and build socialism. The Socialist Party can do that, PROVIDED it receives the support of those who appreciate the urgency of the times and the need to spread the socialist message. To fight nationalism  effectively requires two things -- a clear exposure of the capitalist roots of nationalism and a class conscious unity of workers to oppose it. Only a class conscious position can cut through decades of propaganda and expose the inadequacies of reformist or separatist approaches to this fundamental problem. It is impossible to work for a socialist society without fighting against divisions among workers. But it is equally impossible to mount any really effective campaign against nationalism that is not at the same time a fight against its capitalist cause.