Socialism is not a dirty word 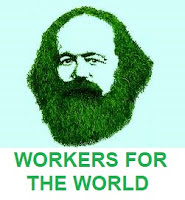 Capitalism is the system which now dominates the world. No country escapes or can escape from its influence and effects. It is essentially an economic system where the means for producing useful goods and services take the form of “capital”, or wealth used to produce more wealth with a view to profit, and where the goods and services produced to take the form of “exchange value”, they all have a price and have to be exchanged for money. It’s an irrational system of “production for production’s sake”, of “growth for growth’s sake”. There are other anti-social results of capitalism. Such as the recurring economic crises and slumps. People’s needs are met but only to an extent that they have money to pay for them. What sort of society is it where most people have to fend for themselves to get money so they can access what they need to live? From the point of view of technology, society could produce enough for all, especially if we get rid of capitalism’s artificial scarcity (the need to make a profit holds back producing enough to meet people’s needs) and its organised scarcity (not just of wars and preparation for war, but also all of the resources devoted to the counting and transfer of money). As socialists, we say capitalism must go if we’re going to be able to provide a decent living for every man, woman and child on the planet.

What is needed in place of capitalism is for the Earth’s resources to become the common heritage of all. Then, they could be geared to satisfying people’s needs. If productive resources were commonly owned, then so would what they produced. The issue to be dealt with would be, not how to sell to people what had been produced (how could you when they’re already the joint owners of it?) It’s how to share-out/distribute what’s been produced. In other words, exchange (buying and selling) is replaced by distribution (sharing-out and taking). For this, money is not needed.

Socialism has come to be misconstrued and misunderstood. But there was once a time when socialist society meant production for use, not profit where nobody will have to pay—to study, housing, travel, heat, or food. Production for sale with its profit motive will come to an end; goods and services will be produced to directly supply needs without the intervention of buying and selling.

The mechanisms of the market will be replaced by a self-adjusting system of production for use. The productive and distributive network will be geared to respond in a flexible way to information about needs, communicated to it directly as required amounts of specific goods and materials. With the abolition of market mechanisms, people will be able to obtain the food, clothes and other articles they need for their personal consumption by going into a store or distribution centre and taking them according to their own self-defined needs. Homes will be mortgage or rent-free, with heating, lighting and water supplied free of charge. Transport, health care, communications, education, restaurants and laundries will be organised as free public services. There will be no admission charges for entertainment and recreation. Money will become redundant. Since people will have free access to what they need, productive work will no longer be performed for an employer in return for a wage or salary but will become a voluntary service organised on a democratic basis. The factories, farms, offices, schools, hospitals and other places of work will be administered democratically by those working in them. People will undertake this work service as their contribution to the necessary social tasks of producing the goods to keep the stores stocked with the things for people to take for their personal consumption and of running the free public services and the administration.

If we want and enjoy having goods and services for free, there's only one obstacle – capitalism. If we choose to replace it with socialism, free access to whatever we need becomes reality. People don't have to buy goods and services when they directly own and control the means of producing them. Analogously, by collectively owning the bakery you own the bread, cakes and biscuits too, with the unrestricted ability to produce as much as is required.

Would people work co-operatively to produce the goods and services this moneyless free-access socialist society needed, in a similar way that a hundred million or so internet users are presently working together to provide and share free music?

Or, conscious of the differences between the capitalist present and a socialist future, would they choose to continue working and living within the money-wages-profit system, where incomes for most are insufficient to meet needs; involve a longer, harder, exploitative working week just so profits can be extracted from labour to satisfy the owning class's greed and selfishness; involve constant worry from mortgages, debts, bills, crime and burglaries; inadequate health care and inefficient public transport; environmental destruction and industrial pollution; endless food scandals; political corruption and sleaze; terrorism and warfare?