Socialists Against the State 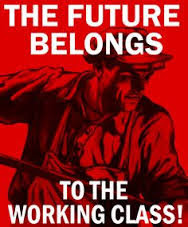 Our aim is socialism, which we define as a worldwide society in which the Earth’s resources will be the common heritage of all humanity under democratic control at the world, regional and local levels as appropriate. It will be a society where we shall work voluntarily as best we can, as far as our ability goes, to suit our joint needs, as part of a cooperative society. It will be a society in which the state, as the public power of repression at the disposal of a ruling class, will have been abolished and replaced by participatory democracy. This is our immediate aim, not some long-term goal.

We think that given the development of productive capacity since Marx made the distinction in 1875 between a “first” (when full free access according to needs would not be possible) and a “higher” phase of “communist society” (when it would), the so-called higher phase can-and should-be established more or less immediately. Although we call such a society “socialism” we have no objection to it being called “communism” as long as it is clearly understood that this has nothing to do with the state-capitalist dictatorships that used to exist in the former USSR or in China today.

We are workers who don’t see ourselves as a group doing anything for other fellow workers other than putting before them the basic socialist propositions that under capitalism there is an irreconcilable conflict of interest between capitalists and workers; that capitalism can never be reformed so as to work in the interest of workers; that what is required is a society of common ownership, democratic control and production for use, not profit. If workers want such a socialist society this is something they must do for themselves without following leaders or relying on benefactors. We can’t establish it for them. As we say in our declaration of principles “the emancipation of the working class must be the working of the working class itself”.

We don’t suffer from the illusion that existing MPs or local councillors can do anything to further the cause of socialism. Their job is merely to run the political side of capitalism and capitalism can only be run as a profit system in which priority must always be given to making profits over meeting needs. We also agree that there can be no real democracy under capitalism in the sense of a situation in which everybody has an equal say in deciding what should be done and in which those decisions can be implemented without hindrance. This is not the case today.

Having said this, in many parts of the world a sufficient degree of democracy exists for a socialist majority to be able to use existing elective bodies, such as parliament, to win control of the state machine through the ballot box. Of course, to work, this presupposes a socialist-minded and democratically organised majority outside parliament standing firmly behind the delegates they will have sent into parliament with the single mandate to take the formal steps to stop the state from supporting capitalism.

The socialist transformation of society entails the dispossession of the minority capitalist class of their ownership and control of the means of wealth production and distribution. All of their lands and factories, mines, media and transport will be taken away from them. The machinery of production will become the common property of society. In order for the capitalists to be dispossessed — or "the expropriators to be expropriated", as Marx put it — there is one prerequisite. Working people must be conscious of what they are doing. The dispossession of the capitalists cannot be carried out by politically unaware workers, and nor can the task be performed for them by any enlightened elite. The Socialist Party makes clear, the emancipation of the working class must be the work of the workers themselves. If the social transformation is carried out in an organised fashion by people who know what they are up against and what they want to establish as an alternative, then what can stop us?

A majority of politically conscious workers must democratically gain control of the state machine. The revolutionary mandate for such political action will not be like any given  in the past. Socialists will enter the state bodies as delegates, not representatives or party leaders. They will be accountable at every move to the socialist movement and their sole purpose in entering the state bodies will be to abolish ruling class power. They will formally enact the abolition of class ownership, and in doing so will express the wishes of millions who have voted for socialism and nothing less.

It is vital that the state, which controls the means of coercion including the police and armed forces, is not left in the hands of the capitalists it presently represents. Unlike previous occasions, the working class will not seek to establish its own state: a workers' state. As Engels pointed out, the workers' conquest of state power will be the last act of the state. The state will be dismantled. Government over people will be replaced by the administration of things. A class-free society will exist the moment that the capitalists are dispossessed. The Socialist Party rejects the self-defeating tactic of insurrection as foolish and dangerous. Even if the insurrectionists won, they would be forced to become dictators over those they will have “liberated" against their will. The sorry history of coup d'etats is sufficient proof of that. If insurrection is advocated by those who envisage majority support for the socialist revolution, then why fight it out when we have available to us the far simpler method of expressing our decision? After all, if a majority cannot be persuaded to vote for socialism it is going to take even longer to persuade them to join an army and fight for it.