This will be socialism 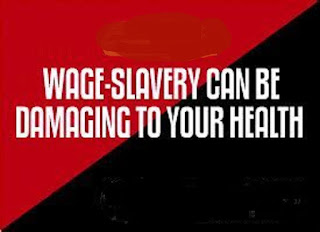 The Socialist Party aims for a society based upon the common ownership and producing and distributing wealth by and in the interests of the whole community. It would be foolish for socialists, in 2022, to devise detailed plans for the lives of emancipated humanity after they have carried out the political act to establish socialism. We are not the designers of a Utopia, but we can predict and speculate regarding life in a socialist society.

In socialism, a new-born baby will not be destined to accept the label of class,  male or female, black or white. The baby can expect the freedom to develop as a social individual in a world based on the practice of cooperative equality. The capitalist-style family will not exist if indeed the family is retained in any form. Certainly, there will no longer be imposed sex roles, indoctrination in the name of education, and repression in the name of discipline. Now, a child must learn to become a wage slave — or, if lucky, a supposedly cultured parasite. In socialism, children will learn from experience over which they will have control.

No society can operate without work and neither will socialism. Not employment, which is simply the capitalist word for slavery, but useful creative work. Production in a socialist society will be for use, not profit; with each member of society giving according to his or her ability and taking according to self-determined needs. There will be no wages as a price for a worker’s labour power, nor money as a barrier to the world’s wealth. Free access will be the basis of wealth distribution.

Without the compulsion of wage labour, men and women will contribute to the tasks of production and distribution. Work will be transformed by socialism; no more dull conditions, no more master-slave relationships, no more shoddy production of cheap commodities, and no more need to do one job for life. The aim of work will be the production of the best and the satisfaction of the producer. The latter is an important qualification. There will not be a producer-consumer division in socialism, but satisfactory lifestyles both inside and outside the production process.

A Socialist society will be a political and economic democracy. Everyone will own everything since private property will not exist. It means that men and women will use what they need. There will be no rights to property. Economic democracy will mean that decisions about production and distribution will be made socially, either by the whole of society — which would be no problem even today, with current methods of world communication — or by those involved in the processes, if society is prepared to leave the decision to them. We do not aim to replace the present capitalist elite with a new bureaucratic elite. The socialist revolution will be a permanent revolution in the sense that once enacted, people would have to participate in running society.

Freedom to move will be available for everyone in a socialist society. Today, workers often are born and die in one country, usually without travelling far out of its borders. No boundaries, nations or provinces will divide socialist society. The world will be one. That is not to say that we aim to create a monolith, devoid of cultural, language and other variations.

Social organisation in socialism will not depend upon governments, leaders or parties. These only exist in a class society, where laws are the expression of the ruling class's interest. When the socialist working class take power, they will use the law to dismantle capitalism and build socialism. Once that has been done, there will be no laws created by one section of society in order to control another.

Just as there will be no secular laws, so there will be no laws of the phoney creation of primitive man — god. Socialist society will have no need for religions and utopias beyond the grave. What if a minority within socialism want to continue their religious lifestyle? Then they shall be free to do so, and those who want to jump from a high building without a parachute may do so too.

The morals of socialism will be fashioned by common ownership and free access, and by the sovereignty of democratic decisions. Taboos about sex will be as laughable as taboos about witchcraft are today. To those conditioned by the popular prejudices of capitalism, socialism seems amoral. In truth, it will be a society which will reflect human urges — the imagination and the self-interest of humanity.