THE RISE OF THE BNP 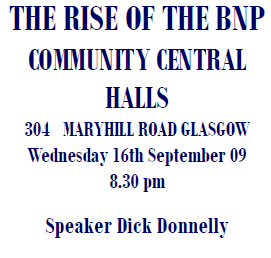 The recent rise of the BNP as exemplified by them gaining local council seats and now returning two European Members of Parliament in this year's election makes it necessary for us to have a look at this organisation and what it stands for. Towards that end we intend to deal with this introduction to the subject in three parts.

1. The past of far right organisations

All during the 20th century there has been a far right element in British politics. Inside the Conservative Party we have had such organisations as the League of Empire Loyalists. They saw the threat of a diminishment of the British Empire as the great evil to be fought against. With the advent of the Russian revolution in 1917 and the rise of the Labour party to replace the Liberal party, this element became more and more evident. It was during the Thirties however that the far right became a more potent force in British politics. The rise of the NAZI party in Germany and Mussolini in Italy were a great stimulus to far right ideas in the UK. Mosley and his fascists supporters were supported during the 1930s by such establishment institutions as the Daily Mail.

2. The causes behind the BNP rise.

The most obvious reason has been put down to immigration. Indeed when Enoch Powell made his infamous "rivers of blood" speech his sole reason for proposed action was immigration. It is worth noting that his greatest support was not from re-tired colonels regretting the demise of the British Empire but from London dock workers. This I think gives us a clue to their present rise. One of the most important reasons for the rise of the SNP was the failures of the Labour Party, and likewise a powerful ingredient to the rise of the BNP. While a core element of the support of the BNP is nationalism and racism it is the loss of support for the Labour party that has been a large factor in their growth. The growth of unemployment has also led to the "British jobs for British people" nonsense.

3. How to deal with this organisation.

The left wing political parties have no doubts about the actions to take. Do not allow them a platform. Break up their meetings. Use violence against their demonstrations. In fact in the past when the SPGB attempted to have a public debate with the far right it was broken up by left wingers. "No platform for fascists" is their oft repeated mantra. We take the opposite view. Only by debate can their stupid ideas be exposed. The present upsurge is probably only a temporary movement but the SPGB should nevertheless analyse why it is happening and be prepared to deal with their growth. 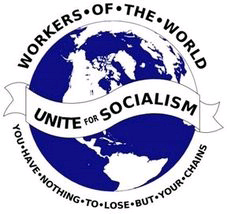