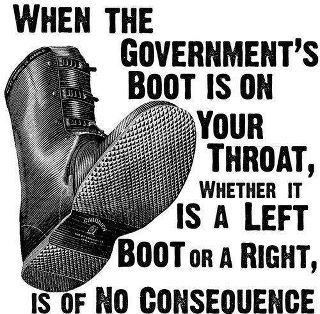 Most people who call themselves socialists are still dominated by the idea that socialism is about expanding the sphere of activity of the state. For them, the key criterion of socialism is the nationalisation of property. The more militant their socialism, they assume. Judgements about the ‘socialist’ character of various regimes are based on the degree to which the means of production are in state ownership. On this issue, Labourites, Leninists, Stalinists and Trotskyists are in broad agreement. Given this apparently widespread agreement among 20th century leftists, it is surprising for many to learn Marx and Engels did not identify socialism with nationalisation of property. Their attitude to the state was one of unremitting hostility. Far from wishing to expand its activities, they sought to do away with it. In 1844, Marx declared that the most useful thing the state could do for society was to commit suicide. The following year, he and Engels declared ‘...if the proletarians wish to assert themselves as individuals, they must overthrow the state.’

Marx celebrated the Paris Commune of 1871 on the grounds that it was ‘a Revolution against the State itself’. And in 1884, Engels looked forward to the day when the state would end its life ‘in the Museum of Antiquities, by the side of the spinning wheel and the bronze axe’

None of this is to deny that states can and do perform ‘useful functions’ for society. They do, in their fashion, preserve ‘law and order’, redistribute resources within society, provide valuable services from water supply and roads to hospitals. Even if banditry is every state’s real relation to society, it must, to survive, be more than a mere bandit: it must perform services to seem indispensable. But, always, states exact a price for their services: their own existence. We can find state power lurking behind the very phrases that deny it: ‘equality before the law’, for instance, places us all in a situation of equal powerlessness before the state. State services have multiplied within modern capitalist countries, often because workers have fought for them. But every one of them has two crucial features which diminishes its real value: first, they all involve subordination to the state (education, welfare, law); second, they involve the division and atomisation of the population (competition in schools, health and welfare services for individualised ‘patients’ and ‘clients’).

Class rule has been modified, but in no sense fundamentally challenged. The fact that the state has been the mechanism through which workers have won significant concessions and improvements in their material and civil rights, is the real basis of the illusions of modern reformism. Those who want to preserve the existing state machinery in the struggle for socialism are not simply arguing for a different road to socialism; they are arguing against socialism itself. The heart of the socialist idea is self-government in every sphere of life, including production. And the state, in its very, essence, is nothing but a series of massive impediments to that self-rule. The aim of all those who want working class self-emancipation has to be the destruction of the capitalist state. Its existence is incompatible with the development of socialism.

We live in a world dominated by capitalism, a system which allows a small minority of capitalists to oppress and exploit the great majority of humankind.  It is capitalism that brings about great inequalities in living standards, starts murderous wars to steal the resources and causes the growing devastation of our natural environment.  Either we get rid of this outmoded and increasingly decrepit system or it will devastate humanity.  The hour is late and urgent action is necessary. The only viable way forward is to achieve socialism, a class-free and state-free society on a world scale where people do not oppress and exploit each other and where we live in harmony with our natural environment.  To create world socialism it is necessary to overthrow the rule of capitalism and this can be done only through revolution. The working people must depose the capitalist ruling class and establish socialism, a system of real, popular democracy that sets about the reconstruction of society.

People recognise that capitalism is no good but few can see a way forward to a better type of society. It is essential to generate interest in socialism. To achieve this aim the Socialist Party is spreading knowledge of the revolutionary outlook of Marxism among the working class. It is through political action that we reach out to people with our socialist message. The Socialist Party is up against the fact of life that a new generation has to be convinced afresh that socialism does in fact represent a superior system for the peoples, that the idea of the withering away of the state is not a pipedream, but a realistic if very rough sketch of the future state of human society. Only be cogent reasoning and intellectual demonstration can we hope to convince them. Socialism has to become a tool again for going to the roots of existing social problems and pointing the way to their solution. The Socialist Party insists upon repeatedly expressing the continuing relevance of the phrase ‘Socialism or Barbarism’. 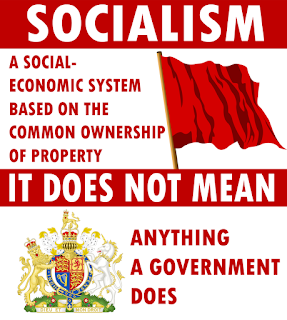