CAPITALISM IS THE ROOT OF OUR SOCIAL AND ECONOMIC PROBLEMS. 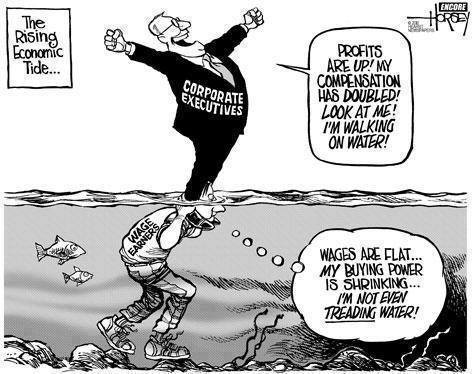 Democratic control over the means of production and the establishment of socialism is the only solution to unending war and the destruction of our environment. The profit motive is incompatible with safeguarding the world’s resources. So long as it is profitable, environmental destruction is perfectly ’logical’ under capitalism which forces governments to exploit their resources dangerously for short term gain. Humanity’s problem is not limited resources but the waste of resources which is an essential part of the process of capital accumulation. There is destruction of indigenous people and their sustainable ways of life; hijacking of fertile land for cash cropping and clearance of forest for cattle ranching. The diverse environment movement has been valuable in highlighting and researching many of these specific problems. They are advancing the view that sustainable life systems living in harmony with nature are a real alternative but fail to place the blame upon the exploitative system of capitalism.

And it is the only road to the reversal of the possible descent into barbarism. Common ownership and democratic control over society is the goal of the Socialist Party and, practically speaking, the only thing that will save the world. This cannot be reformed into being. Supporting radical sounding or so-called socialist candidates of capitalist parties muddies the truth that the system of capitalism itself is the real enemy of the working class. Socialism is not about fighting for reforms or demands. Reformism is not socialism. Capitalism is no longer expanding and progressive. It is a retreating and increasingly reactionary social system.

The workers who produce the wealth have no decisive voice in operating the economy. They do not have the most elementary of all rights—democratic control over their means of livelihood. We are living under a system which is more and more clearly revealed as the enemy of humanity. It has vast productive potential, but only means poverty and oppression for the masses. It brings deprivation to working people. It imposes draconian cuts in living standards on the already poor, simply in the interest of still greater profits for the capitalist class. Capitalism is responsible for the damage to the environment.  Its armaments industry cynically profits from a series of local wars of unparalleled destructiveness. The root cause of all this is capitalism’s quest for profit, which takes precedence over any human well-being. Capitalism threatens the future of humanity. Capitalism cannot be reformed. It has undergone many changes in its history, but these have simply meant finding new ways to exploit working people. The only solution is to end it and build a new social system.

Socialism aims at controlling the means of wealth production on behalf of working people. Only they fully know the needs and demands of the processes of wealth production. Socialism is the only democratic solution to the many problems humanity faces. It has been the custom for people to be told that they must look to the State for salvation that their hope lay in government  regulation. Socialism was often seen as economic growth minus capitalist crises, and state control was seen as a definition of socialism. The laws of capitalist expansion was thus taken on board, rather than seeing socialism as a qualitatively different.

Working people must speak and act like one. In this lies its future. 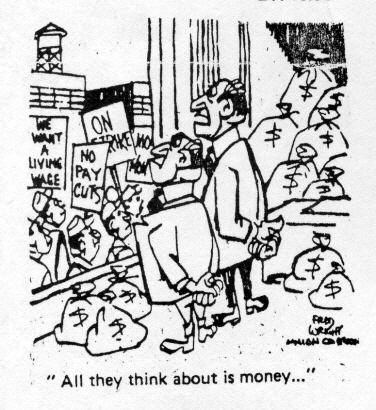