We have nothing but we should have everything

As long as capitalist production remains, wages will not rise much above what is needed for the maintenance of labour power. The capitalists, the masters of the governments, will grant reforms when they see that it is the only way to hang on, when they think they can survive through concessions, and as long as they stay the workers will remain slaves. However much the workers win, it will only mean that the chains of slavery are coated in velvet or silk, yet still chains. Without suppressing the cause, you will never suppress poverty and slavery. The conflict between capital and labour can only be resolved by the abolition of wage labour and its replacement by cooperation. As long as private property remains the base of our society, poverty, slavery, misery and all their consequences will continue for the workers. Improving the lot of the workers can never succeed without leaving the framework of private property as basis of society, and that our aim is and remains the conversion of private property into social property.

Socialists are convinced that, a system for transforming the world’s natural resources to provide benefit for world’s people, capitalism no longer fit for purpose; that the capitalist system not only fails to find solutions to basic human problems, but now presents an obstacle to the solution of those problems.

This conviction does not arise from an irrational hatred of capitalism. Socialists have acknowledged the progressive phase of capitalism in many ways. It was definitely more productive, for example, than the static stagnant feudal system it replaced.

So why do socialists argue that it is categorically not the best possible mode of production for the modern world?

One reason is that certain anomalies arise out of the very nature of capitalism whereby the system is unable fully to utilize the forces of production it has helped to create. Goods are produced in the expectation of profit; when profit is realised it attracts more investment leading to increased production, competition and falling prices. At or before the point where goods cannot be sold at a profit, production will cease, regardless of all other considerations.

To take the argument out of the realms of theory we have only to look at the examples of food and housing; the lack of these is killing people in large numbers on a daily basis; the materials and labour to satisfy those needs are lying idle. The best that can be said for the system is that it is unable to connect these two facts (in practice action is taken to prevent the connection being made).

Some entertain the idea that either you can deal with the evidently unattractive features of the system so that it works better for everyone or that you can modify it bit by bit until it becomes a different and better system. These reformists seem to think that capitalism is a game: that one day long ago somebody picked two sides, marked out the pitch and wrote a rule-book which could be amended if the same side kept winning all the time.

Of course, within the system there are various administrations and multitudinous laws but the idea that these can be used to make the system work counter to its natural tendency is sadly mistaken. Even aspects of capitalism which don’t seem to benefit anybody at all can’t be artificially controlled by those charged with administering it.

The point is that, in capitalist society, truly significant policies are implemented, rather than decided, by those we are pleased to call our elected representatives. Some administrations, of course, are aesthetically more pleasant than others or, if you like making moral judgements, morally better than others, but if we look behind the surface appearances, they are all running the same system.

There are no answers in capitalism for the working class because you won't get satisfactory answers by asking irrelevant questions. For the vast majority of the world’s population the answer is neither left-wing government nor right-wing government — it’s no government: not private, state or mixed ownership of the world’s resources, rather the common ownership which amounts to no ownership. And whether capitalist ownership is administered on a local, regional, national or international level will, on the whole, make no difference to the working class. By the very fact of this ownership, we will remain the subject class.

At present there are only two classes: the minority ruling class of capitalists who determine the course of most peoples lives through their monopoly of the means of wealth production, and the majority subject class—the working class which is unable, in society as presently constituted, to stake any claim to the means of life except by selling its labour power to the owners of capital.

This does not mean that no capitalist ever does any useful work; for many reasons, not least the basic human need for stimulation, many capitalists work quite hard. But neither their privileged position in society nor their claim on the world's resources depends on any work they do, but on their exploitation of the working class. Neither does it mean that all workers work all the time; but it does mean that to ensure their survival workers must strive to sell their labour power.

In Britain not so long ago. and in some parts of the world today, if you were unable or unwilling to sell your labour power you would quite literally be left to die of poverty-related causes. In most developed countries today you will be kept alive in return for a promise to work when you are needed. But whether you have or haven’t got a job you will be left in no doubt about your class status. The media are full of stories of evictions, disconnections, people living on inferior diets, etc. The superficial message is usually “This type of thing shouldn’t be happening in 20th century Britain and your fearless reporters will expose this type of scandal wherever we find it!” The real message is "Just in case you were thinking of arguing with the boss, skipping the rent or mortgage, etc. remember this could be you”.

That, in a nutshell, is the negative side of the class division in capitalist society. The positive side is that the forces of production have grown so huge and complex that the ruling class is no longer able even to organise the exploitation of the workers; it has to employ workers to administer the system which exploits us so that for some time now the entire capitalist system is run from top to bottom by the working class on behalf of the capitalist class.

This is of crucial importance as it means the capitalist class would be totally powerless should the only other class in society identify the conflict of interests and act in its own best interest instead of finding common cause with its oppressors. Because the ruling class not only lives on wealth produced by the workers but is protected by armies consisting of workers and served by administrations staffed by, and largely elected by, workers, the only thing required for the working class to end its subjugation is that it recognises its interest and acts on it.

One reason this does not happen is that the working class is fragmented and encouraged to recognise a variety of pseudo-interests and even pseudo-classes which cannot be defined in any meaningful way. Black people are told that white people can’t be trusted and vice-versa. People are brainwashed into believing they belong to nations whose boundaries are determined by their masters. Women are told that male oppression is responsible for their subjugation. Gods with various names, personalities and agendas are pressed into service. Any differences between people, whether they are as real as gender or as artificial as national boundaries, as deeply rooted as folk culture or as superficial as skin colour, will be exploited to prevent the working class from recognising its unity.

All we have to do is take control of the resources and the machinery of administration we already run for the capitalists and run it for ourselves: the potential is there to improve the world and. if we acted as a class, the capitalists could not stop us doing this.

There is no convincing evidence from history or science to suggest that, released from artificial constraints, humanity will act irresponsibly—indeed there is much to suggest that such irresponsibility as exists now is largely due to insecurity, frustration, alienation and other products of property society.

What socialists can say, because of our understanding of the limiting features of capitalism, is that after the abolition of capitalism social production will be directly for the satisfaction of human needs, that distribution will involve free access to available wealth according to self-assessed needs; that buying, selling and money will play no part, thus preventing the accumulation of wealth; and that things will be administered by a participatory democracy far in advance of the political system we have at present. Socialists are convinced that humanity is capable of this. 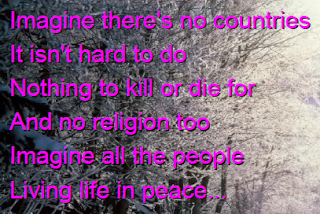