The New King of Wall St. 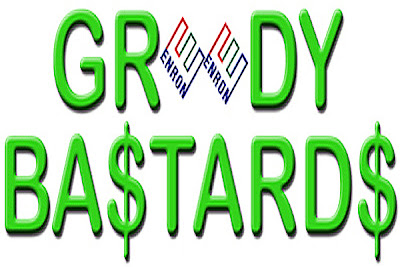 It is never ending , isn't it ? The ostentatious wealth of the capitalist class .

Stephen Schwarzman, enjoyed personal earnings of $398 million last year. When Blackstone goes public, he will receive a windfall of at least $449 million and he will retain a stake in the business worth $7.7 billion.

Schwarzman, founded Blackstone in 1985 with an investment banking colleague, Peter Peterson, who served as US commerce secretary in the Nixon administration.

Seven more executives will have shares worth a combined $380 million on flotation.

A 60th birthday party hosted by Mr Schwarzman featured private performances by Rod Stewart and Pattie LaBelle, an all male capella group serenading him with "happy birthday" and a troupe of elite cadets from New York's Knickerbocker Greys to lead guests to their seats. The guest list included Donald Trump, mayor Michael Bloomberg and the perfume heir Leonard Lauder.
By ajohnstone at June 11, 2007 No comments: