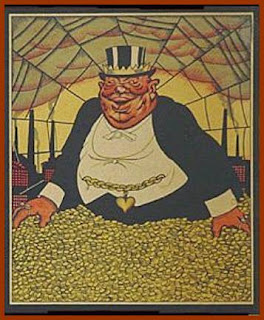 Continuing the Socialist Courier saga of the riches to riches story of the fortunate few .

Executive directors at Edinburgh-based Cairn Energy reaped the rewards of the oil and gas industry and shared in a £25 million cash-and-shares boardroom bonanza .

Jann Brown, who succeeded Kevin Hart as finance director, and Simon Thomson, legal and commercial director, joined Cairn's board last November. They each enjoyed an LTIP share gain of nearly £1.7 million , as did Phil Tracy, engineering director. Brown and Thomson also each pocketed a £200,000 bonus .

This followed a series of bumper discoveries in Rajasthan, India , which saw the share price, which stood at 370p in January 2004, reach £25 last May.