No Longer the North Sea bonanza 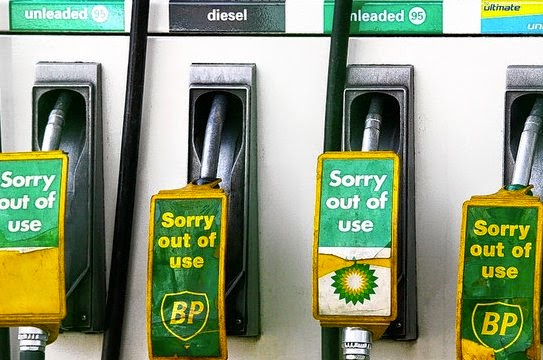 North Sea oil was central to the dream of Scottish independence in this year’s referendum. The wealth stored under the waves would buttress public spending, said the SNP, and it would also enable Scots to set up their sovereign fund as Norway has to hold some of its fruits for future generations.

The SNP predicted that oil would be selling now for $110 a barrel. Unusually, however, it forecasted that the price would stay constant over the next five years. Yesterday, North Sea Brent crude traded at one point at $64.24 (and could drop further). The world is now facing an era of cheap oil so the SNP is joining a long queue of people who got their predictions about oil wrong.

Between 1991 and 2008, tax receipts from the North Sea grew strongly, reaching £12.4 billion, on the back of prices reaching an all-time high in 2008. From 2009, however, revenues have fallen, from £6.1 billion in 2012-13 to £4.7 billion in the last financial year and to £2.8 billion in the one ending next April. The drop equals roughly half of what Scotland spends each year on education.

The price drop may not be temporary. Global demand is “very subdued” and “buoyant” supplies are available from the US where shale is becoming increasingly significant. Some producers may increase, not cut, production.  Banks are rationing lending for energy giants. Projects must show that they can survive at less than $75 a barrel. North Sea investments are competing for cash that has other places to go. The North Sea fields are ageing. New discoveries are being made, but they are smaller than before. Existing fields are also becoming more expensive to run, and more prone to breakdowns. In the North Sea last year only 15 wells were drilled as production costs soared more than 15 per cent. The sharp rise in costs has led oil and gas companies to focus their investments in Norway and North America rather than the North Sea.

The Office of Budget Responsibility believed that oil and gas tax receipts would fall by £100 million between 2014-15 and 2019. Production would stay flat. However, the figures from the independent budget watchdog are already significantly out of date for now, since it was based on a $100-a-barrel price this year. North Sea crude, they estimated, would fetch $85-a-barrel for the rest of the decade.

Falling production and exploration will see employment numbers in the North Sea drop by around a tenth, a report has found. North Sea oil and gas could lose up to 35,000 jobs in the next five years, industry experts have warned. Although some of the job losses will come with the retirement of older workers, the report reveals that more than half of the workforce is under the age of 45. For every offshore job that is lost, three more industry jobs are lost onshore, according to union officials. North Sea oil represented 30% of Scotland's GDP (last year on $113 oil)

Jake Molloy, regional organiser of the RMT union in Aberdeen, said: “The offshore industry is facing what amounts to a perfect storm of a falling oil prices on global markets, the shale revolution, rising costs to extract oil and gas from the North Sea, and smaller and harder-to-access fields.”

An independent Scotland with a budget surplus and an oil investment boom? A fairy tale.
By ajohnstone at December 12, 2014 2 comments:

Oil companies operating in the North Sea have been fined for oil spills on just seven occasions since 2000, even though 4,123 separate spills were recorded over the same period, the UK Department of Energy and Climate Change (Decc) has confirmed. In total, 1,226 tonnes of oil were spilt into the North Sea between 2000 and 2011. (A tonne of crude oil is broadly equivalent to seven barrels, or, more precisely, 1,136 liters)

Total fines resulting from prosecutions between 2000 and 2011 came to just £74,000 and no single oil company had to pay more than £20,000. Two companies received fines of £20,000: BP, for causing 28 tones of diesel to spill into the sea in 2002 from the Forties Alpha platform, and, a year later, Total E&P, for causing six tones of diesel to enter the sea during a transfer between fuel tanks on the Alwyn North platform. The smallest fines over this period were those imposed on two companies, Venture North Sea Oil and Knutsen OAS Shipping, of £2,000 each, after 20 tonnes of crude oil was spilt during a tanker transfer on the Kittiwake platform.

Vicky Wyatt, a Greenpeace campaigner, said: "A few grand is not even a slap on the wrist for companies who pocket millions of pounds every hour...It's both staggering and wrong that some of these companies are now also drilling in the fragile and pristine Arctic, where a similar oil leak would be catastrophic."
By ajohnstone at October 30, 2012 No comments:

China may soon get control of a large slice of UK North Sea oil supply, which is key to determining global oil prices, if bids by its state firms for assets of Canadian oil companies Nexen and Talisman are cleared by the regulators.

The Chinese state-controlled energy giant CNOOC last Monday unveiled a $15.1bn (£9.7bn) bid for Canada’s Nexen, the second biggest oil producer in the North Sea. If successful, the takeover will be China’s largest ever foreign investment. If approved, the Chinese would take control of the UK's largest producing oil field - Buzzard - and the Golden Eagle development, which includes both the Golden Eagle and Peregrine reservoirs in the North Sea, about 43 miles off Aberdeen.

Oil from Buzzard, although only 0.2 percent of global supply, plays a crucial role in setting prices because it is the largest contributor to the Forties oil blend, one of four North Sea crude streams making up the Brent oil benchmark. Forties usually sets the value of dated Brent, a benchmark used for pricing more than half of the world's crude, including oil from Africa, Europe, Asia and the Middle East, giving a Chinese company for the first time unprecedented insight and access into this secretive, yet enormously influential market. Foreknowledge of North Sea supply dispositions will give CNOOC a leg up in its trading operations, not only in the North Sea, but worldwide, should the company choose to make use of what it will be learning. Of course, there is nothing illegal or suspicious here. This system has long benefited the established oil majors like Shell and BP who use their knowledge of North Sea production to trade both physical and financial products linked to the Dated Brent assessment, including Brent crude futures. Instead of being a pure price taker, China will have some insight into short-term fundamental shifts that affects either directly or indirectly the cost of the oil the country must import.

Chinese refiner Sinopec said it would pay $1.5bn for a 49pc stake in the UK unit of Canada’s Talisman Energy, also a top 10 oil and gas producer in the North Sea. Talisman has about 2,500 staff and contractors and is involved in 11 North Sea installations.

The two Chinese firms will directly own 8% according to BBC estimates but consultancy Wood Mackenzie claculates it as 13% of all UK oil production if both deals go through.
By ajohnstone at July 30, 2012 No comments:

PLAYING RISK WITH THE WORLD

It all began like a good disaster film. The gas alarm sounded and the emergency evacuation started. Only a small contingent stayed behind, labouring to plug the leak. Having failed to do so after hours of trying, they turned off all the machinery and electricity and fled the platform too. When the last helicopter lifted off, it left the drilling rig alone on a swelling cloud of highly flammable gas from the deep. For almost an entire week flickering way up at the tip of the 490-foot stack was an open gas flare. a company spokesman thankfully noted, the wind had been blowing the gas vapors away from the platform. If it hadn't, and the cloud of gas had come into contact with the flame, there could have been a massive explosion threatening to trigger an environmental catastrophe. Total, the French energy company that owns Elgin, the stricken platform, had lost complete control. Nor was this accident without warning. Weeks earlier, engineers working on the Elgin had noted troubling pressure fluctuations in the capped line. They tried to stop it with so-called drilling mud -- but the gas was quicker.

Despite the massive expenses and technical challenges involved in "high pressure/high temperature" drilling, multinationals like Total are currently investing several billion euros in them. The reason for this is simple. As Hauge, the president of the Norwegian environmental group Bellona puts it: "The easily recoverable reservoirs in the North Sea will soon be empty." Indeed, there are not many deposits left that can be exploited using conventional means.

The combined output of all British drilling platforms now lies at only half of what it was in 1999. In the meantime, the fleet of several hundred British platforms is becoming superannuated, with accidents as well as minor oil and gas spills more common. Forty-four of these monsters even date back to the 1970s, and workers on them are forced to labor just as hard against rust as they do for oil. Jake Molloy, an organizer for the union representing oil workers, has said "ageing infrastructure, a lack of maintenance and installation integrity" are among the union's primary concerns and noted that oil-rig crews often work under life-threatening conditions.

The major oil companies are increasingly handing over their ancient equipment to smaller firms, which then go after every last drop of oil and liquid gas they can. Hauge, the Norwegian environmentalist, finds this worrisome. "Small companies have less capacity to manage big accidents, both financially and technologically," he says.

Given today's oil prices, it's now worth it for companies to go after deposits that would have once been considered uneconomical. BP recently obtained permission to drill for oil in waters more than 1,200 meters deep northwest of the Shetland Islands, off Scotland's northeastern coast. Despite obvious dangers, the region's rich deposits make it appealing. BP has acknowledged that, in the worst-case scenario, a blowout here could threaten the far northern regions with an oil spill that would far exceed even the 2010 Gulf of Mexico disaster in size. It calculates that twice as much oil would gush up and cause several times as much environmental damage. But the company also adds that this is, of course, "extremely unlikely."

That is also precisely what engineers thought when they were drilling for oil over 21 years ago off the Scottish coast under contract from the energy giant Mobil, which would later become today's ExxonMobil. Their huge drill was penetrating at a depth of some 500 meters when it inadvertently punctured a methane bubble under high pressure. In an instant, the sea surrounding the drilling platform was transformed into something resembling a whirlpool. As has happened with the Elgin, the entire crew made it safely off the platform. But methane, which as a greenhouse gas is extremely harmful to the climate, continues to bubble up out of the sea floor even today. And nobody can stop it.
By ajohnstone at April 13, 2012 No comments: