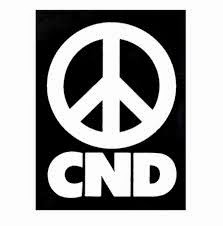 Please find enclosed cutting from Motherwell Times, which contains a challenge to debate with the CND. A further challenge to debate has been issued to all the political parties engaged in the forthcoming general election, only in more general terms, and has been published in this week's issue of Hamilton and Motherwell People, a free drop paper issued every week under the auspices of the Hamilton Advertiser. So far we await reaction.

Comrade Murphy was a founder member of the old Hamilton Branch which functioned from 1935 to 1945, during which period I was secretary and then transferred to Glasgow Branch and continued membership. Motherwell and Hamilton—three miles apart and separated on the north and south banks of the River Clyde—lie right in the heart of the industrial belt of Scotland. Motherwell has more or less boxed the political compass and, with the exception of the SDP who are too recent, have chopped and changed for every reformist party over the years, and having the dubious honour of electing the first Communist Party member (Walton Newbold) and the first Scottish Nationalist (Dr. Robert McIntyre) to sit in Parliament. Labour have held the seat in 1946. Hamilton has been consistently Labour since 1918 with one exception, when the Scottish Nationalists won a by-election, but reverted to Labour at the following general election and has remained so ever since.

The industrial belt, traditionally dependent on shipbuilding and heavy engineering, has felt some of the worst effects of the present slump, as it did in the 1930s. Hamilton is no longer a coal town, and the only colliery left in Lanarkshire (Cardowan Stepps) is due for closure. Motherwell, so dependent on the Ravenscraig Steel Compound, is almost devastated by the cuts operating under the McGregor Plan for British Steel brought on by the world crisis dominating government policy no matter what reformist party governs.

It is not my intention to bore you with a particular description of capitalism as it is the world over, but only to give cheer in the knowledge that once our party principles and policy are understood and accepted, they stick. Although we are now reduced to three in number and would seem to have been quiescent over the years, our interest in the activities of Glasgow has always been keen and only the onslaught of age (we are all well in our seventies) prevents us from attending meetings regularly.

Yours for Socialism. Tommy Jones.
ex-secretary of the old Hamilton Branch.

Sir, — Today in the 1980s the Campaign for Nuclear Disarmament is expanding its membership at a rapid rate. It makes an emotional appeal to people's understandable fears of the effects of a nuclear war.

Since it was founded in 1958, CND has seen the number of nuclear weapons in the world multiply hundreds of times over, but it has consistently refused to discuss what actually causes wars.

When people really start to escape from the fears and prejudices that plague well-intentioned bodies such as CND, it will not just be just a matter of 'ban the bomb'; it will be the end of all wars and of the economic rivalries between national ruling classes that cause them.

I challenge the CND to debate with a representative of the Socialist Party of Great Britain on the question, The Case Against CND. — Yours, etc., R. Murphy, 73 Calder Grove, Motherwell.
By ajohnstone at January 04, 2015 No comments: Links to this post