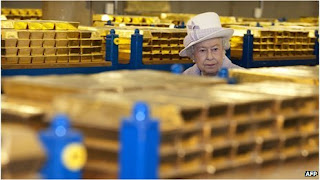 World Bank chief Jim Yong Kim called for a global drive to wipe out extreme poverty by 2030, acknowledging that reaching the goal will require extraordinary efforts. “A world free of poverty is within our grasp. It is time to help everyone across the globe secure a one-way ticket out of poverty and stay on the path toward prosperity,” Kim said
Not a very difficult goal nor a paticularly ambitious one to achieve if you happen to a member of the world’s super-rich capitalists.
Last year, the world's billionaires added $800 billion dollars to their wealth. According to the latest issue of Forbes, when all the money is counted, the 1,426 billionaires have a combined net worth of $5.4 trillion. That means the average billionaire is worth about $3.8 billion. Of those billionaires in the U.S. -- 442 of them -- the average net worth is about $4.2 billion.

That's a whole lot of money and according to the OECD, the total amount of aid given by the wealthy nations of the world to the developing countries was only 3% of the total wealth of the world's billionaires.
There are 1.1 billion people without access to clean drinking water, according to the World Health Organization, and as a result 1.6 million people die of cholera and other diarrhea-related diseases every year. World Vision provides clean drinking water to about 1 million people every year, and we do it for a rough average of $50 per person, depending on the country and other factors. Theoretically, for about $50 billion clean water could be brought to every person on the planet thereby saving 1.6 million lives every year. That would cost just 1% of the total wealth possessed by the mega-rich.
Lack of nutrition contributes to the deaths of 2.6 million school children. The World Food Program estimates that $3.2 billion is all it would take to make sure children stay alive and grow up fully nourished. For less than measly 0.6% of the wealth of the world's billionaires could end childhood deaths from hunger -- saving 4.2 million lives.
Socialist Courier is not suggesting that philanthropy will solve these problems, just putting the situation into perspective. Capitalism is the root cause of why the poor needlessly suffer and die. The world has the technical solutions and all the field-tested programs to end hunger and most disease. Advances in health, agriculture, education and technology has given the world the tools needed to make changes. These all exist and can be deployed by a rational society that declares peoples needs should be satisfied instead of being only resources employed to make profits for the few.
By ajohnstone at April 03, 2013 No comments: Links to this post

Email ThisBlogThis!Share to TwitterShare to FacebookShare to Pinterest
Labels: poverty, The World Bank

Glasgow branch is at present conducting a series of meetings on British banking so it maybe useful to add an international dimension.

The World Bank was established in 1944 to promote economic development and virtually every country is now a member. This spring the bank's 187 member countries choose a new president to succeed Robert Zoellick, whose term ends in July.

Until now, the unwritten rule has been that the US government simply designates each new president: all 11 have been Americans, and not one has been an expert in economic development, the bank's core responsibility, or had a career in fighting poverty or promoting environmental sustainability. Instead, the US has selected Wall Street bankers and politicians, presumably to ensure that the bank's policies are suitably friendly to US interests. US officials have traditionally viewed the World Bank as an extension of US foreign policy and commercial interests. With the bank just two blocks away from the White House on Pennsylvania Avenue, it has been all too easy for the US to dominate the institution.

For too long, its leadership has imposed US concepts that are often utterly inappropriate for the poorest countries and their poorest people. It completely fumbled the exploding pandemics of AIDS, tuberculosis and malaria during the 1990's, failing to get help to where it was needed to save millions of lives. Even worse, the bank advocated user fees and "cost recovery" for health services, thereby putting life-saving health care beyond the reach of the poorest of the poor - precisely those most in need of it. In 2000, at the Durban AIDS Summit, [it was] recommended a new "Global Fund" to fight these diseases, precisely on the grounds that the World Bank was not doing its job. The Global Fund to Fight AIDS, TB, and Malaria emerged, and has since saved millions of lives, with malaria deaths in Africa alone falling by at least 30 per cent.

http://www.thenational.ae/thenationalconversation/industry-insights/economics/resource-wars-and-other-crises-await-if-global-cooperation-fails
By ajohnstone at February 27, 2012 No comments: Links to this post

The Recession - it is a death sentence 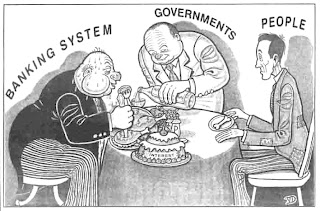 The World Bank estimated that the current financial downturn may add between 200,000 and 400,000 additional infant deaths per year on average in the 2009 to 2015 period. That means a total of 1.4 million to 2.8 million more infant deaths, if the financial strain continues.
"...When you talk about the financial crisis becoming an unemployment crisis in the developed world, in the developing world for many poor people it’s not an issue of unemployment, it’s an issue of life and death.”
By ajohnstone at March 28, 2009 No comments: Links to this post