Monbiot's one step beyond 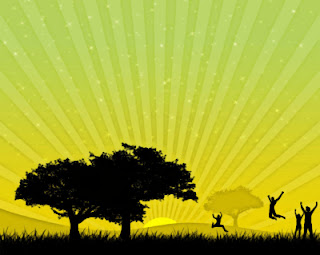 ‘Tartan Stalinists”, the “Highland Stasi”, “Scottish Nazi party”. The mild proposals in the Scottish government’s land reform bill, published last week, provoke much fulminations among the proprietorial class. David Cameron’s stepfather-in-law, Lord Astor described Scotland’s proposals as “a Mugabe-style landgrab”. He owns, among the other properties he was enterprising enough to inherit, the deer-ravaged Tarbert estate on the isle of Jura, run by a trust patriotically registered in the Bahamas.

Much of this fury is caused by the plan to cancel the business rate exemption (granted to the aristocracy by John Major’s government in 1994) for deer-stalking estates, grouse moors and salmon fishing. Talk about a culture of entitlement.

As a result of the Highland clearances, which dragged much of the population off the land destroying their houses and replacing them with sheep ranches or deer and grouse estates, Scotland vies with Brazil for the world’s highest concentration of ownership. (It’s hard to tell which comes first as the ownership of many estates has been kept secret.) One estimate suggests that 432 people own half the country’s private rural land. No other rich nation has so excluded its citizens from their common heritage.

Given these circumstances the bill is, if anything, too timid. It gives local people consultation rights over how land is used, strengthens the ability of communities to buy land, improves the position of tenant farmers, removes the business rate exemption, tries to discover who the owners are, seeks to reduce the ridiculous densities at which deer are maintained for stalking, and creates a land commission to keep the issue alive. That’s all.

It seems that two things are missing from the bill. While there are new opportunities for families and communities, there is no designation of land for the nation as a whole. There is also little that will alter the ownership pattern where it is most extreme: in the rocky Highland cores, which are likely to be unsuitable for community buyouts. As the Scottish minister Aileen McLeod concedes, “community ownership may not be appropriate for all land: it’s not a panacea”.

But perhaps there’s a way in which both issues could be addressed.

With the possible exception of the western side of the Cairngorms, there are no nature parks in Britain that meet the international definition: places protected mainly for their wildlife and habitats. When the International Union for Conservation of Nature sought to classify Britain’s national parks, of which there are 15, it had to invent a new category. Ours are not set aside for nature. They are, strictly speaking not parks. There are good reasons for this and bad ones. When the parks were designated, many people were living within their boundaries. It’s essential that they can make a living and keep their communities alive. (Unfortunately the industries covering most of the land offer neither possibility: though lavishly subsidised, they still bleed jobs and money.) But on the rare occasions when the private owners are not wrecking the land with sheep, overstocked deer and scorched-earth grouse shoots, the park authorities step in to finish the job.

With a few exceptions the ecological management of our existing national parks is irrational, anally retentive and scientifically illiterate. They remain subject to a 19th-century worldview in which the natural world is seen as a garden to be pruned and trimmed rather than as a thriving, living system in which we could escape from the management and control that surrounds us everywhere else.

Scotland, thanks in part to its dismal feudal legacy, has only two national parks, and less land designated than in the other parts of Britain – 7%, while England has 9% and Wales 20%. Is it not time to augment those with new parks, with a different philosophy. Where Scotland’s deer stalking and grouse shooting provide possibly the lowest level of employment per square mile to be found in any temperate region in Europe, national parks could generate new jobs within an economy built on wildlife and tourism. They would restore both human populations and the other species that were wiped out by the clearances. They would bring life of all kinds to barren lands. Long live the Highland spring.

Adapted from George Monbiot in the Guardian