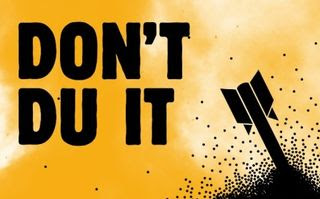 Depleted uranium is a radioactive and chemically toxic heavy metal produced as waste by the nuclear industry. It has been widely used by UK and US military forces to harden armour-piercing shells fired in the Gulf, Balkans and Iraq wars. When DU weapons burn, they release a hazardous dust that can contaminate wide areas. Civilians and soldiers exposed to the contamination claim to have suffered from cancers, birth defects and other illnesses as a result.

A new ruling by the UK Government after a secret review that depleted uranium (DU) weapons are acceptable under international humanitarian law means that DU tank shells could again be tested at the Dundrennan military firing range near Kirkcudbright on the Solway coast. Between 1982 and 2008, over 6000 DU shells were fired at Dundrennan. Soil samples taken in 2006 showed DU contamination breached agreed safety limits and high levels of DU have been found in earthworms on the site. The MoD has fired more DU in Scotland than anywhere else on the planet yet the Scottish government is powerless to intervene being a reserved matter. The MoD argued that UK DU munitions, known as Charm-3 and fired by Challenger tanks, did not cause widespread and severe damage to the natural environment.

The Campaign Against Depleted Uranium (CADU), is now seeking legal advice with a view to taking the Government to court. The group said  the UK Armed Forces Minister, Liberal Democrat Nick Harvey has downplayed the risks of DU, and misinterpreted the Geneva Convention.

Aneaka Kellay, of CADU, said: "It is disturbing that the Ministry of Defence appears to have ignored the findings of international organisations such as the UN Environment Programme, overlooked the wider conclusions of the World Health Organisation's reports, and ignored the widely accepted potential risks the chemical toxicity of DU poses."
By ajohnstone at July 29, 2012 No comments: Links to this post

Thousands of people in Dumfries and Galloway are suffering from fuel poverty. Figures put before members of the housing sub-committee showed that 41 per cent of households are in fuel poverty – the third highest level of all local authorities in Scotland. The Scottish average is 28 per cent.

Dumfries councillor Ronnie Nicholson explained “Dumfries and Galloway has a problem with sub-standard housing which is why the figures for this area are so high compared to elsewhere in the country. There is a lot of social housing in the region with inadequate heating and insulation, there are also a lot of old farmhouses and cottages in rural areas suffering from the same problem.” He added: “Fuel poverty is a significant problem in the region and I fear that our solutions are only a sticking plaster as the Government do not have the funds to properly tackle the issue.”
By ajohnstone at January 13, 2011 No comments: Links to this post