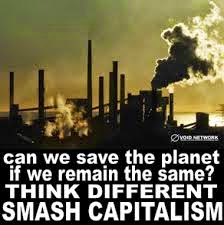 “The IPCC [UN climate science panel] is quite clear about the need to leave the vast majority of already proven reserves in the ground, if we are to meet the 2C goal. The fact that despite this science, governments are spending billions of tax dollars each year to find more fossil fuels that we cannot ever afford to burn, reveals the extent of climate denial still ongoing within the G20,” said Oil Change International director Steve Kretzman.

The most detailed breakdown yet of global fossil fuel subsidies has found that the US government provided companies with $5.2bn for fossil fuel exploration in 2013, Australia spent $3.5bn, Russia $2.4bn and the UK $1.2bn. The government money went to major multinationals as well as smaller ones who specialise in exploratory work, according to British thinktank the Overseas Development Institute (ODI) and Washington-based analysts Oil Change International. The report found that  four times as much money was spent on fossil fuel exploration as on renewable energy development.

It shows an extraordinary “merry-go-round” of countries supporting each others’ companies. The US spends $1.4bn a year for exploration in Columbia, Nigeria and Russia, while Russia is subsidising exploration in Venezuela and China, which in turn supports companies exploring Canada, Brazil and Mexico.

Britain, says their report, proved to be one of the most generous countries. In the five year period to 2014 it gave tax breaks totalling over $4.5bn to French, US, Middle Eastern and north American companies to explore the North Sea for fast-declining oil and gas reserves. A breakdown of that figure showed over $1.2bn of British money went to two French companies, GDF-Suez and Total, $450m went to five US companies including Chevron, and $992m to five British companies. Britain also spent public funds for foreign companies to explore in Azerbaijan, Brazil, Ghana, Guinea, India and Indonesia, as well as Russia, Uganda and Qatar, according to the report’s data, which is drawn from the OECD, government documents, company reports and institutions.

“The evidence points to a publicly financed bail-out for carbon-intensive companies, and support for uneconomic investments that could drive the planet far beyond the internationally agreed target of limiting global temperature increases to no more than 2C,” say the report’s authors.

“This is real money which could be put into schools or hospitals. It is simply not economic to invest like this. This is the insanity of the situation. They are diverting investment from economic low-carbon alternatives such as solar, wind and hydro-power and they are undermining the prospects for an ambitious UN climate deal in 2015,” said Kevin Watkins, director of the ODI.

The above should be noted regards to the latest development to frack beneath the Firth of Forth in the already well-polluted Grangemouth/Kincardine area. Cluff Natural Resources [what an environmentally sounding company name that is] said plans are being drawn up to extract coal from under the Firth of Forth following a large discovery.  The company is seeking permission to build the UK’s first deep offshore underground coal gasification (UCG) project to extract it. Cluff said two of the coal seams identified have 43mln tonnes of coal in place (CIP), or the equivalent of 1.4 billion cubic feet (BCF) of natural gas-in-place. For context, 1bn cubic feet of gas could serve 11,000 homes for one year. The process of gasification involves drilling horizontally into a seam and then injecting air and oxygen to produce syngas - a mixture of combustible gases which include hydrogen, carbon monoxide, methane and carbon dioxide.

WWF Scotland director Lang Banks said Scotland needs to rely more on electricity and renewables rather than coal and gas. “Plans to ‘burn’ coal under the Firth of Forth will not deliver that aim and should therefore be a complete non-starter,” he said. “In a worst-case scenario, proposals such as this one could even extend our use of fossil fuels, locking us into a high carbon world. Just over a week ago, scientists from the United Nations issued their latest predictions of the growing threat from global climate change and the need to be rapidly phasing out our use of fossil fuels. Since the developers themselves have admitted that carbon dioxide will be emitted by their plans, from a climate change perspective this scheme is nothing short of irresponsible.”

There is no peoples’ mandate for the fossil fuel industry to unleash and bring on runaway global warming that will bring humankind to its knees, sink whole island countries, and may eventually cause the death of half or more of the species on the planet and billions of human souls. Politicians  have ignored the damage to sustainable world resources, and have invited chaos. Instead of being acquiescent, we should all be angry.  Our children and their children's future depends on it.

By ajohnstone at November 11, 2014 No comments: Links to this post