The State of Capitalism 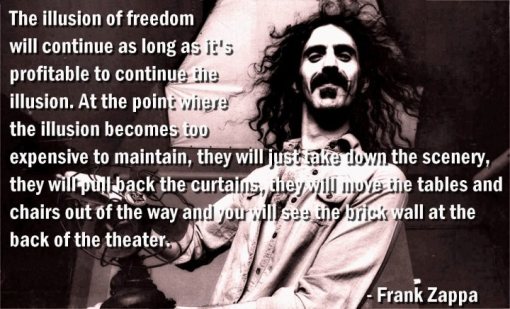 The State is the coercive public power of society and is bound up with the existence of classes. Before classes came into being there was no State. When classes cease to exist there will be no State. Some societies without States have continued to exist right up to our own times such as among the Indians of the Amazon. We find a social organisation, but nothing corresponding to the State. Order in these communities is maintained spontaneously without any system or apparatus of coercion, notwithstanding the number of common affairs to be adjusted, because their institutions did, not give rise to any antagonism between categories of individuals, for all were free and equal. However socialists do not aspire to return back to this way of life. It is simply mentioned to demonstrate the existence of organised societies without a State.


As soon as there are in a society a possessing class and a dispossessed class there exists in that society constant conflict. The owning class to ensure the continuing submission of the dispossessed requires a power charged with maintaining the “established order” of things. This has been the role of the State. The State is, under its varying forms, a class-instrument which has lasted and will last on that account so long as there have been and so long as there shall be classes. The State, being a consequence, cannot disappearance before the disappearance of the social conditions of which it is the necessary result and caused it to arise. It cannot be abolished before the disappearance of classes, a disappearance that it must itself help to bring to pass. For this purpose, socialists, seek the conquest of political power - the conquest of the State.

In the countries still without democracy and the power of the vote, the struggle is to obtain it. In the countries where universal suffrage is in operation, regardless of its imperfections the system may have, the task of workers is to return more and more socialists to the various elective assemblies. Is it worth while to undertake special campaigns to secure changes and modifications such as devolution or independence which are of secondary importance? It is also possible that future circumstances may impose upon us another mode of action, but that is a matter with which we have nothing to do at present. So long as such circumstances have not come to pass, socialism has nothing to gain by departing from the constitutional electoral process The work of socialists must be to swell the numbers of socialists.

Free and equal, the producers will decide in common everything concerning production, and henceforth, instead of being the puppets of economic forces beyond their control, they will rule these forces in accordance with their good pleasure. Far from being compelled to submit to a social organisation without any regard to their wishes, as is the case at present, they will have, for the first time, the kind of social organisation which will make humanity the masters of their own destiny.
By ajohnstone at May 28, 2013 No comments: Links to this post