The Green economy or Greed economy 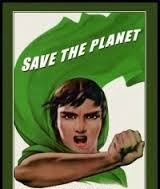 Scotland will become the first state in the world to put a price on the value of its natural environment and the benefits it provides. Academics have estimated that nature is worth between £21.5bn and £23bn a year to Scotland’s economy, but Scotland’s First Minister Alex Salmond wants a far more in-depth study. He pledged to calculate the monetary value of Scotland’s natural capital, the cost of depleting it and to communicate its importance across business and society. He will also set up collaborative projects to take “tangible action” to protect Scotland’s natural capital.

Supporters of the scheme argue that because most development decisions are based on narrow economic considerations, in terms of the direct costs and benefits, natural resources such as peat should be valued in the same way to ensure their importance is not overlooked. Peat bogs act as water regulators, soaking up rainfall and slowing water flows, helping to curb the frequency and intensity of floods. They also purify the water, store huge amounts of carbon and are important for biodiversity, by nurturing wildlife such as breeding waders. The idea that the whole of the natural world, trees, parks, forests, landscapes can be costed is at the heart of this “Natural Capital”.

The World Development Movement descended on the conference dressed as dodgy salesmen pretending to sell Ben Nevis.The problem with the idea of natural capital starts with the assumption that nature’s processes can be effectively managed as commodities.  Relegating our environment to mere natural capital leads to the next step,  to convert value into price and then sell chunks of nature on the market. All manner of financialisation strategies have emerged to securitise ‘environmental services’, most obviously in the carbon markets. The bait of revenue from natural capital is simply a cover for continued rape of natural resources. With the “green economy,” capitalism is going to fully incorporate nature as part of  capital. They are identifying specific functions of ecosystems and biodiversity that can be priced and then brought into a global market as “Natural Capital.” Ecosystems provide trillions of dollars in clean water, flood protection, fertile lands, clean air, pollination, disease control – to mention just a few. These services are essential to maintaining livable conditions and are delivered by the world’s largest utilities. So how does capitalism secure this enormously valuable infrastructure and its services? The same way it does for electricity, potable water, or natural gas. We pay for it.  It is to privatize the functions and processes of nature, label them environmental services, put a price on them and bring them into the market. Most promoters of “green economy” are very straightforward on this: if there is no pricing of some functions of nature, new market mechanisms and guarantees for their profit,  business will not invest in ecosystem services and biodiversity.


Green capitalists promote the view that cash strapped governments do not have the money to take care of nature and that the only way to get the billons of dollars needed for the preservation of water, forests, biodiversity, agriculture and others is through private investment. The future of Nature relies on the private sector, but the private sector will not invest the billions of dollars that they accumulated by exploiting labor and nature’s wealth, without incentives. And so, governments need to offer them this new business of making profit from the processes and functions of nature. And in steps the politicians like Salmond.  The green capitalist’s agenda is a cynical and opportunistic manipulation of the ecological and social crises. Rather than addressing the real structural causes of a profit-system, capitalists are  using “green” language to launch a new round of expansion. Corporations and the financial sector need governments such as the Scottish Parliament to institutionalize the new rules of the “Green Economy” to guarantee them against risks and to create the institutional framework for the financialization of nature. Many governments are willing partners in this project as Salmond has shown  as they believe it will stimulate a new phase of growth and accumulation.

Given the lessons of the world economic crisis should we entrust the environment in the hands of the financiers? Describing climate change, global warming and world-wide pollution as market failures implies once the system is fixed business can resume as normal. The current environmental and climate crisis is not a simple market failure. The solution is not to put a price on nature. Nature is not a form of capital. It is wrong to say that we only value that which has a price, an owner, and brings profits. The market mechanisms that permit exchange among human beings and nations have proven incapable of an equitable distribution of wealth. The problem is not the price of nature, but s the values of democracy, of governance, of society, and of humanity. Green capitalism is  destructive because it is premised on the principle that t the rules of market will save nature. We need to overthrow capitalism and develop a system that is based on the Community of the Earth. Capitalism won't save the planet
By ajohnstone at November 22, 2013 No comments: Links to this post