Re-making the world by re-making society 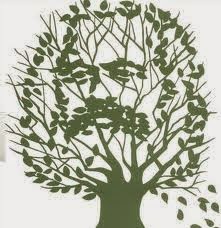 Continuing our exploration of the environmentalist movement and eco-socialism.

Murray Bookchin points out in ‘Remaking Society’ that human beings are both a part and a product of nature; that humans do have a unique significance in nature since they are the only life-form capable of reflective thought and so of conscious intervention to change the environment. It is absurd to regard human intervention in nature as some outside disturbing force, since humans are precisely that part of nature which has evolved that consciously intervenes in the rest of nature; it is our nature to do so. It is quite true that at the present time the form human intervention in the rest of nature takes is upsetting natural balances and cycles, but the point is that humans, unlike other life-forms, are capable of changing their behaviour. If humans have a "place" in nature, says Bookchin, it can only be to consciously intervene not just to meet their needs but also to ensure nature's balanced functioning; in this sense the human species is the brain and voice of nature, nature become self-conscious. But to fulfil this role humans must change the social system which mediates their intervention in nature. Bookchin is explicit enough on what this change must be: a change from capitalism  to a "community where each contributes to the whole to the best of his or her ability and takes from the common fund of produce what he or she needs":
"The earth can no longer be owned; it must be shared. Its fruits, including those produced by technology and labour, can no longer be expropriated by the few; they must be rendered available to all on the basis of need. Power, no less than material things, must be freed from the control of the elites; it must be redistributed in a form that renders its use participatory."
Bookchin goes on to say:
"To substitute words like industrial society for capitalism can thus be misleading . . . To speak of an 'industrial society' without clear reference to the new social relations introduced by capitalism, namely wage labour and a dispossessed proletariat, often wilfully endows technology with mystical powers and a degree of autonomy that it does not really have. It also creates the highly misleading notion that society can live with a market economy that is 'green', 'ecological', or 'moral', even under conditions of wage labour, exchange, competition and the like. This misuse of language imputes to technology - much of which may be very useful socially and ecologically - what should really be directed against a very distinct body of social relationships, namely, capitalistic ones."

The Green Party stands for the continuation of capitalism complete with its commodity production. Though they might think it is a new idea, in fact the notion that a controlled re-development of capitalism can be politically stage-managed through the taxation system is an old and failed idea. The central contradiction in the arguments of the Green Party is that they would be seeking massive government funds for what they consider to be desirable objectives.. Yet at the same time they seek to break up the structure of economic viability in energy supply, use of materials, and industrial and manufacturing production methods from which government funds in the form of taxes are derived. In these circumstances, where do they imagine a Green Party government would get the money? The structure of commodity production and the particular production methods taken up is not something determined by free choice about what is socially desirable. These production methods are determined by competition in the market.

It is totally unrealistic to imagine that commodity production, whereby goods are presented for sale in the market, can embrace a section of the world capitalist economy which has adopted production methods which are significantly less competitive than the rest. With lower productivity and higher costs the goods produced simply would not sell for a profit and therefore production would not take place. A Green Party government would depend for its funds on the prosperity of the national economy and the inevitable result of imposing higher costs on the capitalist economy, either through high taxes or uneconomic production methods, would be collapse and the rapid demise of such a government. If the Green Party government seriously attempted to implement its programme it would not last months.

Derek Wall, one-time a Green Party co-spokesperson in the days before they had a Party Leader, explained in ‘Getting There - Steps to a Green Society’
"A Green government will be controlled by the economy rather than being in control. On coming to office through coalition or more absolute electoral success, it would be met by an instant collapse of sterling as 'hot money' and entrepreneurial capital went elsewhere. The exchange rate would fall and industrialists would move their factories to countries with more relaxed environmental controls and workplace regulation. Sources of finance would dry up as unemployment rocketed, slashing the revenue from taxation and pushing up the social security bills. The money for ecological reconstruction – the building of railways, the closing of motorways and construction of a proper sewage system – would run out"

Wall calls for: "The use of what is useful and beautiful must be pursued, while exchange values must be rejected. . . . The rejection of exchange values is essential to reducing resource consumption and human alienation."

By accepting that capitalist production should continue the Green Party has destroyed the credibility of its best aspirations. Worse, they are now diverting concern over desperately serious problems into a political dead end which can only have the effect of delaying real solutions.

The underlying principle behind the changes which is demanded by the need to take proper account of the ecological dimension, is that the productive system as a whole should be sustainable for the rest of nature. In other words, what humans take from nature, the amount and the rhythm at which they do so, as well as the way they use these materials and dispose of them after use, should all be done in such a way as to leave nature in a position to go on supplying and reabsorbing the required materials for use. In the long run this implies stable or only slowly rising consumption and production levels, though it does not rule out carefully planned rapid growth over a period to reach a level at which consumption and production could then platform off. A society in which production, consumption and population levels are stable has been called a "steady-state economy" where production would be geared simply to meeting needs and to replacing and repairing the stock of means of production (raw materials and instruments of production) required for this.

It is obvious that today human needs are far from being met on a world scale and that fairly rapid growth in the production of food, housing and other basic amenities would still be needed for some years even if production ceased to be governed by the economic laws of capitalism. However it should not be forgotten that a "steady-state economy" would be a much more normal situation than an economy geared to blindly accumulating more and more means of production. After all, the only rational reason for accumulating means of production is to eventually be in a position to satisfy all reasonable consumption needs. Once the stock of means of production has reached this level, in a society with this goal, accumulation, or the further expansion of the stock of means of production, can stop and production levels be stabilised. Logically, this point would eventually be reached, since the consumption needs of a given population are finite. So if human society is to be able to organize its production in an ecologically acceptable way, then it must abolish the capitalist economic mechanism of capital accumulation and gear production instead to the direct satisfaction of needs. The function of the working class is to apply its labour power to natural resources for the object of profit and capital accumulation. Thus oil, coal, natural gas, metals, the land, seas, forests and atmosphere function economically for the object of capital accumulation. This is the system which many environmentalist activists want to perpetuate. The kind of world environmentalists aspire towards where society could make definite decisions about how best to provide for needs and then be free to implement those decisions outside the economic constraints imposed by capitalism can be only achieved through the success of the world socialist movement. It is inconceivable that the life of world society can achieve equilibrium with nature unless it first achieves unity and common purpose within its own organisation.

The fatal error of the Green Party is in thinking that the mere winning of an election, and the establishment of their own government to run capitalism, will enable their aspirations to be advanced. The problem does not resolve itself solely as a question of who runs capitalism. The continuation of capitalism on its blind and uncontrolled course is a gamble on the conditions of life itself and expectations of governments implementing policies that will end the destruction of the world eco-system is a losing bet. This is surely within the understanding of anyone seriously concerned about ensuring a stable balance of natural systems in which humanity can enjoy being part of nature.
By ajohnstone at October 10, 2014 No comments: Links to this post 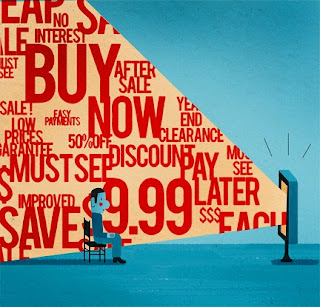 Many Greens claim to advocate a society based on cooperation and production for use, a sustainable society where production is in harmony with the environment and affairs are run in a decentralised and democratic manner. They argue that only in such a system can ecological problems such as pollution and global warming be solved. The ultimate aim is a participatory economy, based on smaller-scale enterprise, with a greatly-reduced dependence on the world market. What is being proposed is the abolition both of the world market, with the competition for resources and sales it engenders, and of existing centralised states, and their replacement by a worldwide network of smaller human communities providing for their own needs. This will involve a steady-state economy based on maximum conservation of materials and energy.

The Socialist Party of Great Britain place ourselves unambiguously in the camp of those who argue that capitalism and a sustainable relationship with the rest of nature are not compatible and unless the Green Party embraces socialism, their vision is unachievable. Because people believe there is no alternative to capitalism, it keeps on existing. The environmentalist’s dream of a sustainable ‘zero growth’ within capitalism will always remain just that, a dream. If human society is to be able to organize its production in an ecologically acceptable way, then it must abolish the capitalist economic mechanism of capital accumulation and gear production instead to the direct satisfaction of needs.