Marx and Engels on Ireland

Marx (and Engels) supported Irish nationalism and the Socialist Party’s position on Scottish independence is often criticised by those on the Left who claim to be Marxists because we ignore that fact. But to be a Marxist means, to apply the Marxian analysis to continually changing social conditions Too many so-called socialists are reluctant to apply the Marxist materialist conception of history in their thinking.
Indeed, Marx did support Irish independence, we do not dispute it, but he did so primarily because he thought it would hasten the completion of the democratisation of the British state. At the time the bourgeois democratic victory over feudalism was far from complete even in Britain, and on the continent of Europe what progress had been made was continually threatened by three great feudal powers, Russia, Austria and Prussia. In these circumstances Marx considered it necessary to support not only direct moves to extend political democracy but also moves which he felt would weaken the feudal powers of Europe. For instance, he supported Polish independence as a means of weakening Tsarist Russia and for similar reasons he opposed Slav independence movements which he believed would strengthen backward Russia (so he simultaneously supported and opposed the right of national self-determination).

As he put it in a letter dated 9 April,1870:
"Ireland is the bulwark of the English landed aristocracy. The exploitation of that country is not only one of the main sources of the aristocracy’s material welfare; it is its greatest moral strength. It, in fact, represents the domination of England over Ireland. Ireland is therefore the great means by which the English aristocracy maintains its domination in England itself. If, on the other hand, the English army and police were to withdraw from Ireland tomorrow, you would at once have an agrarian revolution there. But the overthrow of the English aristocracy in Ireland involves as a necessary consequence its overthrow in England. And this would fulfil the preliminary condition for the proletarian revolution in England"

Marx may well have been right about the effect of Irish independence in 1870. Since the English landlords only retained their power to exploit the Irish peasants by force of British arms, a British withdrawal from Ireland could well have led to their expropriation. But this was never put to the test and the Irish land question was solved in quite a different way even before Ireland got independence. The series of Land Purchase Acts introduced between 1885 and 1903 enabled the government to buy out the Anglo-Irish landowners and then lend the peasants the money to buy their farms. By 1921 Ireland was largely a country of peasant proprietors. In the meantime the political power of the English landed aristocracy had finally been broken by a series of reform measures .What this meant was that by the time Ireland was about to get independence after the first world war, the changes Marx had expected it to bring—land reform in Ireland and a weakening of aristocratic power in England—had already been brought about by other means. His particular case for supporting Irish independence was thus no longer relevant. Besides, the first world war destroyed the three great European feudal powers—Russia, Austria and Prussia—so making it unnecessary for socialists to support moves to weaken them.

In fact, once industrial capitalist powers had come to dominate the world, and once a workable political democracy had been established in those states, then the task of socialists was to advocate socialism alone, rather than democratic and social reforms that might make the establishment of socialism easier. This is the position the SPGB adopted .

Marx’s strategy on Ireland was concerned with furthering the establishment of political democracy in England. Marx realised that the struggle of the Irish Nationalists for Home Rule was bound to help the evolution in Britain of political democracy because both struggles were directed against: the same class enemy, the English landed aristocracy. It was not an anticipation of the Leninist theory of imperialism according to which independence for colonies will help precipitate a socialist revolution in the imperialist countries, though it is sometimes misunderstood to be this. Marx clearly wrote of independence for Ireland helping to overthrow the remnants of feudalism not capitalism itself in England. Both he and Engels knew full well that, in the political conditions then existing, socialism was not an immediate issue either in Ireland or in England.

Engels, stated clearly that socialism was not an issue in the Irish Question:-
"A purely socialist movement cannot be expected in Ireland for a considerable time. People there want first of all to become peasants owning a plot of land, and after they have achieved that mortgages will appear on the scene and they will be ruined once more. But this should not prevent us from seeking to help them to get rid of their landlords, that is, to pass from semi-feudal conditions to capitalist conditions" (Interview, 20 September 1888, New Yorker Volkszeitung)

But as an aside, Engels did recognise the primacy of political action over insurrection.The Fenian, O’Donovan Rossa,was elected (only to be disqualified), and Engels wrote to Marx:
"The election in Tipperary is an event. It forces the Fenians out of empty conspiracy and the fabrication of plots into a path of action, which, even if legal in appearance, is still far more revolutionary than what they have been doing since the failure of their insurrection" (29 November, 1869).
By ajohnstone at April 25, 2013 No comments: Links to this post 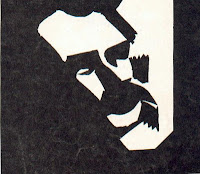 May the 15th, 1949 – thirty-three years after his death which you now commemorate, and less than thirty-three days after the roar of guns ushered in “The Republic of Ireland”. What relationship is there between these two events? That is the question which, on this day, it is only fitting that you should ask yourselves. Once a year you can march through the streets in your thousands to commemorate his death yet every other day of the year your actions – your very ideas – are, apparently, in violent conflict with all that the man lived for. Is that an unwarranted assumption? Emphatically, we reply: NO. The truth remains the truth, however unpalatable it may be.

We have not the least desire to advance any claim to James Connolly, nor do we consider ourselves the especial inheritors of all of his ideas. But to-day, when everybody acclaims him and sings his praise, we think it very necessary to re-state the simple but vital fact, namely, that JAMES CONNOLLY WAS OF THE WORKING CLASS. His ideas are not, and never will be, the sole preserve, nor in the custody, of any particular section BUT THE WORKING CLASS. Here it is as well to recall – when many are clamouring to bask in the light of the but recently-discovered glory of Connolly – that his ideas were vehemently denounced, and his very person attacked, by the representatives of those interests who, to-day, so anxiously press their claim to his name. We would not be so much concerned at this were it not for the fact that the workers have been “taken in” by these spurious claims. You, fellow-workers, have been duped; for you have supported political parties which have acted in the interests of any and every class in and out of this county but the working class. And you have supported them and placed them in power mainly on the strength of their nationalism and Republicanism. You, who now march to-day in memory of James Connolly, have you forgotten his “Labour in Irish History”? Have you forgotten the thoughts he put on paper in order that you might the better be able to wage your struggle against a social system which condemns you to poverty and insecurity? We think you have forgotten. At the cost of remembering the symbolic moment of his death in a national struggle you’ve forgotten the toiling years of his life on behalf of the working class. Connolly didn’t struggle, and write and speak, and organise, in order that the workers might adhere to this or that Republican constitutional formula; no, not for that. There was no James Connolly if such a man did not desire and work to change the world, not its paper constitutions.

And you, fellow-workers, who, in your Trade Unions and political parties stoutly maintain that you strive to follow in his footsteps, do you direct your efforts towards changing the world? Evidence that you do is certainly very much lacking; for on every occasion you’ve entered the polling-booth you’ve either returned you out-going set of masters or merely changed them for a new set. Not yet have you evinced any great desire to get rid of the master class AS A WHOLE. And that, simply, is what is meant by “changing the world”.

FELLOW-WORKERS ! As you may march, as you may stand at the meeting-place, to-day, why not summarise your present position in your own mind – after twenty-seven years of native government, and after twenty-seven days of “The Republic of Ireland”? Line up your wage-packet (assuming you’re not one of “the 75,000”) alongside the cost-of-living figure: which is higher? Dwell a little on the plight of the thousands “living” in the tenements – that is, of course, if you happen to be blessed (!) with a suburban (!!) “working class house”. Recall the thousands who are unemployed (if you’re not one of them, of course), and remember they’re the ever-present threat of capitalism which hangs over your head – you may join their ranks to-morrow. Again, tuberculosis and other medically-classified poverty diseases are capitalism’s constant threat to the health and happiness of your children. And topping these and the other social evils you know only too well the experience is the threat of another capitalist war – yes, another, and promising to be everything (and much more) that all the previous wars of history weren’t together.

That is the real world you live in. Say – if you wish – that you reside in a portion of that world known as “The Republic of Ireland”. So what? Does that alter your position one bit? Of course not. And that world, reflected in the capitalist system of that country and the conditions of the Irish working class, surely deserves to go. And it will go WHEN THE WORKING CLASS WILLS IT. If James Connolly can be said to have left a message for the working class, it is this: THE WORKING CLASS MUST ACHIEVE ITS EMANCIPATION ITSELF AND IT CAN ONLY DO SO THROUGH THE ABOLITION OF THE CAPITALIST SOCIAL SYSTEM.

We are not given to lip-service, and much (judicious) quoting of Connolly, but the following, we think, is by no means out of place, and we especially commend it, on this particular occasion, to those who – to put it bluntly – have made a good thing out of such practices.

“Ireland as distinct from her people is nothing to me; and the man who is bubbling over with love and enthusiasm for ‘Ireland’ and yet can pass unmoved through our streets and witness all the wrong and suffering and the shame and the degradation wrought upon the people of Ireland: aye, wrought by Irishmen upon Irishmen and women ithout burning to end it, is a fraud and a liar in his heart, no matter how he loves that combination of chemical elements he is pleased to call ‘Ireland’”. 'The Coming Generation' 1900 [our emphasis]


Fellow-workers, there is but one way to really commemorate Connolly, and all those – whoever and wherever they may been – who have fought and died for and on behalf of the world’s workers, and that is by striving to abolish capitalism and establish SOCIALISM, THE COMMON OWNERSHIP AND DEMOCRATIC CONTROL OF THE MEANS OF PRODUCTION (the factories, mills, mines, railways, etc.), BY AND IN THE INTERESTS OF THE WHOLE OF THE COMMUNITY WITHOUT ANY DISTINCTION WHATSOEVER. By devoting your time and energy to the achieving of such an aim you will be truly commemorating Connolly and all those of his kind every day.

By ajohnstone at November 22, 2012 No comments: Links to this post