The SPGB and the IWW 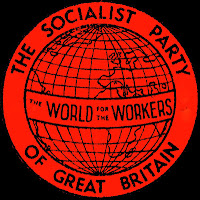 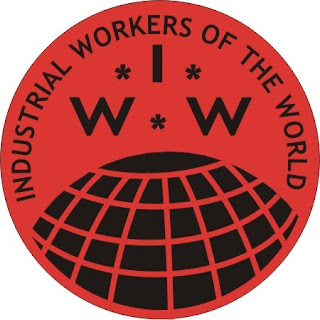 In regards to the Industrial Workers of the World the Socialist Party of Great Britain has revised its attitudes as a result of changes within the IWW. The official position is that as long as the IWW behaves and acts as a workers union then its up to individual SPGB members  to decide whether or not it is in their interests to join.

Previously, during the formative years of both organisations, the IWW was seen as more of an anti-political i.e. an anarchist organisation, promoting industrial unionism, which the SPGB disavowed as sectional and undemocratic, since it was about industries controlling the means of production and distribution and not society as a whole, those outside the work-place. But the SPGB now accepts that in recent years the IWW can be more accurately described as an a-political organisation, a difference of emphasis, since it itself has changed its approach to the class struggle and for all practical purposes now acts as a democratic and progressive, inspirational and educational union that is to be recommended for membership when it is to the workers advantage, which is the majority of the time and situations. No longer being divisive with outright opposition to the pure and simple reformist trade unions by its adoption of the dual -card policy has been another change which differentiates the present from the early IWW that the SPGB criticised. It has also accepted the principles of agreed contracts of employment and even state recognition and registration. For all practical purposes it now operates as a union and an umbrella for workers of many political persuasions and not just the one. So it is not a formal position to the IWW that has been taken by the SPGB but an informal one (and a practical one), which can change if the IWW decide that certain ideas should take precedence over others or again become dominated by one particular strand of political thought, rather than an open and inclusive workers' organisation which exists now. We also have to be minded that even within syndicalist unions the more effective the union is in achieving victories against capitalism , the more the non-radical workers will join it for the trade union benefits and this could just as like water down its revolutionary aspects as to militantise those new recruits. It is just as likely that they will desert the union if the revolutionary aspirations of the union hinder the practicalities of the daily bread and butter fight .

Email ThisBlogThis!Share to TwitterShare to FacebookShare to Pinterest
Labels: industrial workers of the world, iww

Organised sport was originally for the elite with its roots in the English public schools. But taking advantage of the free-time offered by the eight-hour day, workers began to democratize games like soccer and rugby. We enjoyed sport as passive spectators and as active participants. Who can blame someone for enjoying leisure on a day off?

Before long, major social democratic parties across Europe were using sporting clubs and festivals to construct working-class identity and promote solidarity. By 1928, German sports societies had more than two million members, most of whom were affiliated with the Social Democratic Party. These clubs offered escape and a sense of belonging to the masses. Thousands hiked and learned to swim, freeing themselves, however fleetingly, from the grinding indignity of wage slavery. In Austria, during the Red Vienna period (1918-1934), a new stadium was built to host a “Workers’ Olympiad,” which welcomed participants from across the world—a testament to the internationalist impulses of a confident and forward-looking movement. In Britain we had cycling and rambling associations. Another sports world seemed possible, one that needn't be sold as a commodity. But these days sport has become unlinked from the working class political movement, hi-jacked by the jingoistic nationalists, the profit-seeking media corporations and sponsors, not to mention the egotistical oligarchs seeking an identity through being club owners.

One can even imagine aspects of sports that most closely mirror the capitalist ethos taking on a different context in a better society. Competition is brutal and ruthless in capitalism, under which, in many parts of the world, winning and losing carry life or death consequences. But competition in a safe environment can be positive and rewarding. We can imagine the new ways in which work and play could intermingle in a future society governed by equality and abundance rather than exploitation and scarcity. The discipline and pride of a craftsman who hones a skill and the athlete who trains toward perfection will have a larger place in the world.

Nicolaas Steelink was inducted into the American Soccer Hall of Fame in 1971. He was instrumental in organising the Californian Soccer League in the 1950s. Nicolaas Steelink was Dutch and immigrated to the US in 1912 at the age of 22. It was through his contacts playing football that he got introduced to a variety of political activists including socialists, industrial unionists and anarchists. At the time Steelink was angered by the injustices that surrounded him in California. Poor working conditions, war propaganda and censorship that was luring young Americans to their death in the trenches of the Somme, corruption and unpunished lynchings, were among the issues that helped radicalise the young Steelink. He joined the Industrial Workers of the World (IWW) and wrote a weekly column for their paper the Industrial Worker.

Following the First World War a number of states passed repressive laws in response to a rising radicalism amongst a large section of the workers. In California the state passed the Criminal Syndicalism Act in 1920, and Steelink was subsequently one of the first of the 151 IWW members to be arrested under these new powers. He was sentenced to five years hard labour in the infamous San Quentin prison for being a member of the IWW. After two years Steelink gained parole and his strong sense of injustice had been reinforced by the experience. He dedicated the rest of his life to continue to fight authority and injustice and continued contributing regular articles to the Industrial Worker entitled “Musings of a Wobbly”, under the pen name Ennes Ellae. He never lost his love for football. It was through football that he found that he could help the underprivileged youth, giving them a sense of comradeship and self-pride. He coached his teams to play flowing, skillful football that expressed his ideas of individual freedom.

What they said before they became Moscow's men and followed the Moscow line.

The above body has come into existence to advocate the principles of Industrial Unionism, i.e., an economic organisation embracing all wage-workers, irrespective of the trade or craft to which they belong, and having for its object the taking and holding “of all the means of production for the entire working class.” ...

...What we aim at is an Industrial Union broad enough to take all wage-workers into its ranks, thus making an injury to one the concern of all. As the old handicraft form, of production has been brushed aside in the march of economic development to make way for the modern machine industry with its sub-division of labour and complexity of form, so craft unionism, which is a reflex of the former, must make way for an industrial organisation of the workers to suit modern conditions....

...The Industrial Unionist stands firmly on the bed-rock of the class struggle, and; declares, that so long as the means of production are in the hands of a numerically small class, the workers will be forced to sell their labour-power to them for a bare subsistence wage. Consequently, between these two classes a struggle must go on until the toilers come together on the political as well as on the industrial field and take over for themselves that which, being the result of their labour, justly belongs to them...

....Industrial Unionism in recognising that there never can been anything in common between the employing class and the working class, instils into the workers’ mind a sense of class solidarity on the economic field and promotes unity on the political field. With these two separate though complementary movements, the political to destroy the capitalist political State, and the Industrial to back up the political and form the Parliament of Industry in place of the defunct class State,— the workers could forthwith lock-out the employing class and accomplish their freedom...

By ajohnstone at November 14, 2012 No comments: Links to this post