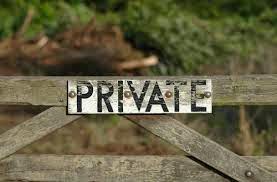 George Monbiot in another scathing attack on the gentry; this time the Scottish lairded (native and imported) class.

"Legally, feudalism in Scotland ended in 2004. After 15 years of devolution the nation with the rich world's greatest concentration of land ownership remains as inequitable as ever. The culture of deference that afflicts the British countryside is nowhere stronger than in the Highlands. Hardly anyone dares challenge the aristocrats, oligarchs, bankers and sheikhs who own so much of this nation, for fear of consequences real or imagined. The Scottish government makes grand statements about land reform, then kisses the baronial boot. The huge estates remain untaxed and scarcely regulated.  Fifty per cent of the private land in Scotland is in the hands of 432 people – but who are they? Many large estates are registered in the names of made-up companies in the Caribbean. When the Scottish minister Fergus Ewing was challenged on this issue, he claimed that obliging landowners to register their estates in countries that aren't tax havens would risk "a negative effect on investment".

Scotland's deer-stalking estates and grouse moors, though they are not agricultural land, benefit from the outrageous advantages that farmers enjoy. They are exempt from capital gains tax, inheritance tax and business rates. Landowners seek to justify their grip on the UK by rebranding themselves as business owners. The Country Landowners' Association has renamed itself the Country Land and Business Association. So why do they not pay business rates on their land? As Andy Wightman, author of The Poor Had No Lawyers, argues, these tax exemptions inflate the cost of land, making it impossible for communities to buy.

Though the estates pay next to nothing to the exchequer, and though they practise little that resembles farming, they receive millions in farm subsidies. The new basic payments system the Scottish government is introducing could worsen this injustice. Wightman calculates that the ruler of Dubai could receive £439,000 for the estate in Wester Ross he owns; the Duke of Westminster could find himself enriched by £764,000 a year; and the Duke of Roxburgh by £950,000...

...It is astonishing, in the 21st century, that people are still allowed to burn mountainsides – destroying their vegetation, roasting their wildlife, vaporising their carbon, creating a telluric eczema of sepia and grey blotches – for any purpose, let alone blasting highland chickens out of the air. Where the hills aren't burnt for grouse they are grazed to the roots by overstocked deer, maintained at vast densities to give the bankers waddling over the moors in tweed pantaloons a chance of shooting one.

Hanging over the nation is the shadow of Balmoral, whose extreme and destructive management – clearing, burning, overgrazing – overseen by Prince Philip, president emeritus of the World Wide Fund for Nature, is mimicked by the other landowners. Little has changed there since Victoria and Albert adopted an ersatz version of the clothes and customs of the people who had just been cleared from the land. This balmorality is equivalent to Marie Antoinette dressing up as a milkmaid while the people of France starved; but such is Britain's culture of deference that we fail to see it. Today they mix the tartans with the fancy dress of Edwardian squires, harking back to the last time Britain was this unequal....”
By ajohnstone at May 20, 2014 No comments: Links to this post