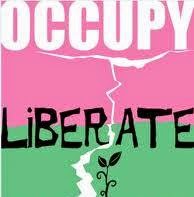 Those who fight against capitalism must not settle for reforming a system that is as broken as it is dangerous. Any viable, transformative struggle needs a bold democratic vision; durable, longstanding organizations and strategies that make politics revolutionary. Corporate interests are powerful lobbying groups and as such have control of the major seats of political power and the commanding institutions necessary to insure that the deeply anti-democratic state rules in the interests of the few while exploiting and repressing the many.  The ruling class no longer care about the social contract and make no concessions in their ruthless pursuits of power and profits.  The decisions that shape all aspects of the commanding institutions of society are made largely in private, behind closed doors by the anonymous financial elite, corporate CEOs, rich bankers, and other almost unassailable leaders of the military-industrial complex.

A recent Princeton University study analyzed policy initiatives passed from 1981 to 2002 and concluded that the United States had become an oligarchy where power is effectively wielded by "the rich, the well connected and the politically powerful, as well as particularly well placed individuals in institutions like banking and finance or the military."  People participate willingly in their own oppression, often out of deep insecurity about their freedom and the future. Even as markets causes increased misery, the political and social consensus remains in place, suggesting that the economic system needs to be challenged by  consciousness, ideas, language and values.

Poverty, joblessness and low-wage work has produced among many  the ongoing fear of a life of perpetual misery and an ongoing struggle simply to survive. Insecurity and the climate is fed daily by endless moral panics, whether it is immigrants flooding the country, ISIS terrorists blowing up neighorhood malls or Ebola spreading like The Plague and Black Death. Such conditions more often than not produce withdrawal, insecurity, paranoia and cynicism rather than rebellion. All social problems are now defined as a problem faulty character and a deficient sense of individual responsibility.

Valuable resources and wealth are extracted from the commons in order to maximize the profits of the rich while the public is treated to a range of distractions and diversions. A predatory and commodified culture turns violence into entertainment, aggression into a video game and domestic violence into celebration of masculinity. Meanwhile, the real violence used by the state against poor people of color, women, immigrants and low-income youth barely gets mentioned. The rich get more powerful just as the working class sink into economic and existential despair and young people are saddled with the prospect of a future of low-skill jobs and a limited sense of dignity and hope.  Personal freedom is reduced to consumerism and self-interest becomes the only guiding principle for living one's life.

If capitalism is not addressed as a system of social relations it will continue to diminish the capacities and possibilities of people to move beyond the necessity of mere subsistence and survival. Capitalist power and politics leads to cynicism and despair. In order to fully participate in exercising some control over the myriad forces that shape their daily lives our rulers’ authoritarianism has to be challenged and overcome. It is crucial that people in all their various social movements unite to reclaim democracy as a central element in fashioning a radical imagination.  Democracy entails a challenge to private property.  Democracy is not compatible with capitalism but is congruent with socialism in which the wealth, resources and benefits of a social order are shared in an equitable and just manner. Genuine social democracy enables all members of the community to participate in the decisions and institutions that shape their lives.

Any viable struggle must acknowledge that if the current mode of production and its economic  domination needs to change. Such a struggle will not emerge out of protests and demonstrations but out of a vision that what is required is transformative social revolution. We must re-radicalize our labor traditions. If our old language has grown stale we should re-vitalise it with new vocabularies. We need to inspire a vision of real change, starting with ourselves. It is bout the self-education of workers to understand the nature of both capitalism and socialism, so that, armed with this understanding, we ourselves can carry out the political act of our own emancipation.  Opportunist leadership is based on lack of understanding among the workers. Our fight with capitalism must go beyond the nationalist rhetoric of union leaders. It must spread across countries. Capitalism is a WORLDWIDE problem.

He goes on, “...Unions had the slogan, “solidarity,” even though they may not have lived up to it. And that’s what really counts: solidarity, mutual aid, care for one another and so on....Market systems don’t offer common goods; they offer private consumption. If you want a subway, you’re going to have to get together with other people and make a collective decision. Otherwise, it’s simply not an option within the market system...”

Chomsky recognises that things can change for the better. “Each time labor has been attacked...popular efforts were able to reconstitute it. That can happen again. It’s not going to be easy. There are institutional barriers, ideological barriers, cultural barriers...getting people not to think in terms of their own interests, let alone the interest of communities and the class they’re part of. Overcoming that takes a lot of work. I don’t think it’s impossible, but it’s not going to happen easily... in all societies, the most brutal, the most free, the governed can be controlled by control of opinion. If you can con trol their attitudes and beliefs and separate them from one another and so on, then they won’t rise up and overthrow you....but people don’t have to submit to it. You can see through it and struggle against it.”

"If you look around the world, I think there are more or less decent societies. Norway is pretty decent in many ways." Chomsky said in an interview.

It is all a matter of degree. But we should not look at capitalist countries with rose-tinted glasses.

We read:
The Norwegian government's pension fund, which invests its huge oil income in more than 7,500 companies in 46 countries and is worth about £250bn. Its portfolio is more like a dirty list of the world's worst corporations, including numerous oil, mining and agribusiness corporations criticised for their human rights record and environmental impacts. The fund also invests in half a dozen tax havens and numerous Israeli and other companies accused of contributing to the occupation of Palestinian territories.

Norway's StatoilHydro, 67% owned by the government, operates in several countries accused of corruption and dire human rights records, such as Azerbaijan, Angola, Iran and Nigeria, and is eyeing up Iraq. Ministers have been speaking openly about reorienting Norwegian diplomacy to push into new oil markets such as Saudi Arabia.

On the environment, Norway's benign image is also removed from reality. True, nearly all domestic electricity comes from hydroelectric plants and Norway was one of the first to adopt a carbon tax to address global warming, in 1991. Yet with 0.1% of the world's population, Norway emits 0.3% of greenhouse gas emissions; if oil exports are included, the figure may be about 2%. The government is committed to making Norway carbon neutral by 2050, yet this will partly be achieved by buying carbon reductions in other countries, not reducing to zero Norway's own emissions.

Norwegian arms exports – little known outside the country – are booming. Although amounting to 0.1 per cent of world arms exports, Norway's weapons sales have tripled since 2000, reaching £336m worth in 2007. Norwegian arms were used by the US and Britain during the invasion of Iraq while a lack of controls in Oslo have allowed high explosives sold to the US to be re-exported to Israel for use in the occupied territories.