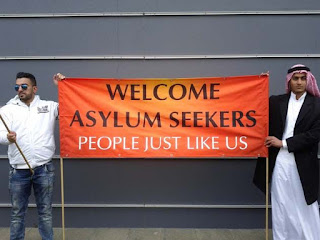 Students and politicians mounted a last-ditch bid to stop the deportation of a Pakistani student, who says his brother, uncle and cousin have been killed or “disappeared” in his home country for their political activity.
NUS Scotland, along with a number of SNP MPs, have called for the Home Office to urgently look again at the case of City of Glasgow College student Majid Ali, who is due to be deported imminently.
Language student Ali claimed asylum in 2011, telling the Home Office that officials in his home province of Balochistan enforced the “disappearance” of his brother. Ali claimed his family home was raided and his uncle and cousin killed two months ago. Ali himself was a student activist in the troubled region, before leaving for Scotland and his legal team have claimed he believes his life could be in danger if he were to return.
NUS Scotland president-elect Vonnie Sandlan said that Ali’s detention had happened very suddenly, immediately after he went to the local Home Office to sign some papers on Friday. “He never had a chance to pick up his belongings. He had his phone taken away and, after four years of building a life here, he never even got a chance to say goodbye to his friends and loved ones,” she said. “We are extremely concerned for his well-being, and very distressed that he is being deported regardless.”
Sanjay Lago, president of the City of Glasgow college students’ union, explained  “We won’t stop the campaign here, this has really opened the eyes of so many people about how this kind of deportation can happen to someone they know, and we’re going to fight to stop this happening again”.

A report, published by the Independent Asylum Commission which has been the most comprehensive examination of the UK's asylum system ever conducted , with testimonies from every sphere of society, including three former home secretaries, more than 100 NGOs, 90 asylum-seekers, the police, local authorities, and hundreds of citizens, has found it "marred by inhumanity" and "not yet fit for purpose". The commission found that Britain's treatment of asylum-seekers "falls seriously below the standards to be expected of a humane and civilised society". The report details how the "adversarial" system is failing applicants from the very first point of interview, with officials accused of stacking the odds against genuine claimants. "A 'culture of disbelief' persists among decision-makers," it said. "Along with lack of access to legal advice for applicants this is leading to perverse and unjust decisions." "Some of those seeking sanctuary, particularly women, children and torture survivors, have additional vulnerabilities that are not being appropriately addressed," it found.

The use of detention centres – especially to lock up children, pregnant women and torture victims – was condemned, as was the often brutal handling of removals, and the use of destitution as a tool to drive claimants out of the country.
By ajohnstone at March 27, 2008 No comments: