This week, the socialite Tara Palmer-Tomkinson revealed that she had a "massive staff", mainly from Ukraine. "As I don't have a husband, I rather look forward to having people around me. I have half the Ukraine here every day. It's like the Russian army coming in to clean. I want to come back at night and feel like I'm in a five-star hotel," she said.

The British middle classes [sic] are looking for domestic help who can't easily pack up and leave, which means employing people from war-torn countries or from non-EU countries whose presence in Britain is dependent on their employment .

It is legal for a private householder to refuse to employ someone on the grounds of their colour, their nationality or their religion, and from our interviews with employers, it is clear that they do .

Sting's wife, Trudie Styler, was sued by her cook, Jane Martin, earlier this year.
Ms Martin claimed sexual discrimination after being forced to work 14-hour days while pregnant. The tribunal heard how Ms Styler, 52, abused her domestic staff to make her "feel royal".
By ajohnstone at September 23, 2007 No comments: 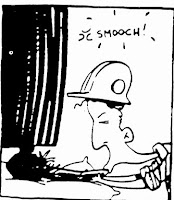 The Independent is reporting a crisis in the supply and demand of household man-servants.
The Guild of Professional Butlers is now reporting an explosion in the numbers of super-rich households who want to be waited on hand and foot.

There simply are not enough butlers .

Charles MacPherson, the vice-chairman of the International Guild of Professional Butlers explained . "If we doubled the number of butlers, they wouldn't be without work,"

Jane Urqhart, the principal of the Greycoat Academy which trains butlers, said that demand for "good butlers" was soaring.

"What's happened is that there has been a growth among those people with a lot of money who want to emulate the old traditions, such as having a butler. So they buy the manor house but they also want to hire someone from the days when the house was staffed by a butler..."

Ivor Spencer, 81, a butler with service in 14 of the grandest houses in England, runs a butler-training school and agency. He says that one can still expect certain standards from a butler .
Mr Spencer warns: "You must never do it just for the money. You must put the family before your own family." 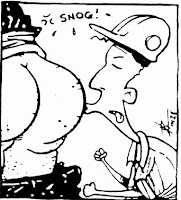