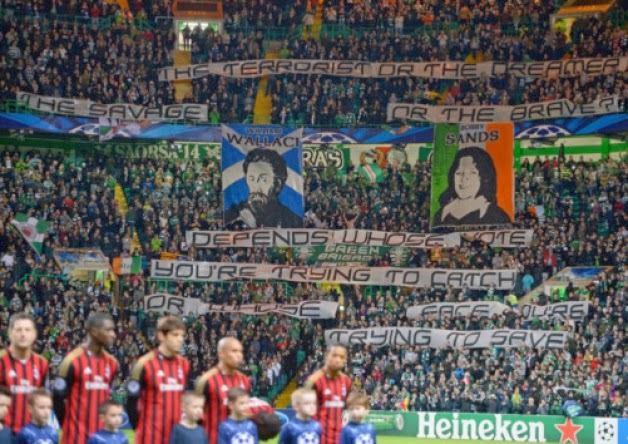 By ajohnstone at November 28, 2013 No comments: Links to this post

A paid-up member of the National Front, the White Nationalist Party and the British People's Party had four home-made nail bombs, as well as bullets and bladed weapons .

Gilleard was convicted of preparing for terrorist acts and possessing articles and collecting information for terrorist purposes. During the trial, he admitted having a collection of Nazi memorabilia, saying Nazism appealed to him because of the way the Nazis had "rebuilt" Germany.

Gilleard had written that he had wanted to "save" Britain from "multi-racial peril".

Save us from those type of saviors , is all we can say .
By ajohnstone at June 24, 2008 No comments: Links to this post

No matter how much Socialist Courier condemns such indiscriminate attacks as the attack at Glasgow airport , we cannot simply resort to the hypocrisy of the tabloid and broadsheets and condemn without endeavouring to understand the motivation of why members of our own class are prepared to slaughter their fellow workers .

We can only paraphrase its conclusion :-

That those behind the terror , have their sights on political power and are intent upon replacing the existing elite , encourage and facilitate others to carry out acts of murder which they themselves are unwilling to undertake.
In effect they are attempting to emerge as a new ruling class by clambering through the blood and over the bodies of our class.
By ajohnstone at June 30, 2007 No comments: Links to this post