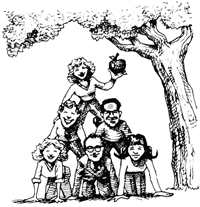 The Buddha said: “Thousands of candles can be lit from a single candle, and the life of the candle will not be shortened. Happiness never decreases by being shared”

It is the main job of socialists not to theorise about the exact workings of a future economy, but to educate people on the main principles that might underpin a future communist society in its lower and higher phases, and then give them the tools - in the form of socialist democracy - to do the work themselves. Unless we say more about the goal we are striving for, we relinquish the future to those who insist that all there is an eternity of capitalism. If you dont have an alternative to capitalism you are stuck with capitalism. It is all very well to criticise capitalism - thats easy! - but the really hard thing is to put forward a viable alternative to put in its place. Its only through speculatiing about alternative in more and more details that we can begin to put more flesh on the bare bones on the idea, that we can invest with more credibility. It is important not to confuse two quite different things: 1) A basic statement of the core features of a future communist/socialist society 2) Speculative commentrary about the finer details of life inside such a society. Free access socialism  is the shortest and most effective route to meeting human needs. It immediately cuts out all the kind of work that performs no socially useful fiunction whatsoever but only keeps capitalism ticking over. If anything , given current levels of productivity, We can even envisage there being a shortage of socially useful work for people to do in free access communism. It will be able to produce so much more with so much less

Free access socialism, or higher phase communism as Marx called it, is not some futuristic science fiction scenario but has existed as a potentiality within capitalism itself from at least since the beginning of the 20th century. It is not predicated on some "super-abundance" of wealth being made available to people but rather on the very real possibilty of being able to meet our basic needs.  We dont say free access communism (socialism) will be a world without scarcities. Free access communism is not based on the assumption that we stand on the threshold of some kind of comsumerist paradise in which we can all gratify our every whim. We refer to the very real possiblity of society being able to satisfy the basic needs of individuals today, to enable us all to have a decent life. The elimination of capitalism's massive strucutural waste is the prime source of productive potential; it will make huge amounts of resources available for socially useful production in a society in which the only considertation is meeting human needs, not selling commodities on a market with a view to profit. In higher communism there is no exchange. None whatsoever. Consequently there is no "bartering" of each other's abilities or needs. You freely give according to your abilities and you freely take according to your needs. Its as a simple as that.

Read more »
By ajohnstone at January 12, 2013 No comments: Links to this post

A Socialist "Blueprint" - Part One

"When one talks to people about socialism or communism, one very frequently finds that they entirely agree with one regarding the substance of the matter and declare communism to be a very fine thing; “but”, they then say, “it is impossible ever to put such things into practice in real life” Engels

“Yes, Socialism is an excellent thing, but, alas! it is Utopia!”

Human society is a particular case in universal evolution. Nothing is eternal and unchangeable. Everything is variable. Every given social form is entirely relative, entirely conditional. Classes and systems succeed each other and differ from each other. For centuries, people have imagined utopias where advances in technology and attitudes create freedom for all. Capitalism distorts the vision of a future society. We can only see a different system in terms of our present one. The first victim of education is imagination. From a very early age every worker is taught to be “practical”, “realistic” and stop “dreaming dreams”. And yet imagination is the very act of being human. Whatever other aspects make human beings different from other animals, the human capacity to imagine is one of the most striking. The stifling of imagination is essential if the owners are to retain their class monopoly of the planet. The great revolutionary act for the working class is to imagine an alternative to present day society. Fantasy is the first act of rebellion said Freud. Let us indulge ourselves here in that most human of all pursuits – let us imagine the future.

A very natural question arises: “If one can visualise a possible future society then one should be expected to tell something of what that society will be like”. And so one should and so one can, but only within certain limits and with many reservations. In making projections into the future one should realise that one is dealing with the realm of speculation. Where a definiteness of opinion can be allowed is in the realm of the actual: what is and what has been. With the future the best we can hope for is to observe trends in the present and the creation and development of potentials, etc. These can be projected as trends into the future scene which may grow to greater potentials and into actualities that may become definite powers, agencies and institutions. Science does not deal in certainties but in high probabilities. It does not depend on clairvoyance or astrological forecasts for its findings. Nor does it admit the determinists, who tell us that this shall be and that shall not be. Yet, notwithstanding what has been stated, one must allow that Science, in its ever restless search for greater knowledge, must permit itself flights of imagination, so to speak, for lacking these it would hardly venture on those essential journeys into the future. In much the same way a socialist speaks of “visualising a future social system”. Science does create for itself what are termed “working hypotheses”; that is to say, it presumes certain things to be so, and for the purpose of establishing a point of departure for definite scientific inquiry it takes its hypothesis as established fact. Of course it recognizes that this at best is speculation but proceeds to then gather data that may prove, or disprove, such hypothesis. In the same way we permit ourselves certain speculations and in so doing “we visualise a future society which will be organised for public good”. But we must never lose sight of the fact that these are speculations, but like the “working hypotheses” of the scientist can be considered valid to the extent that such speculations arise naturally out of our knowledge of the past and the present – and in the absence of any contrary body of facts. The question is thus put “How will production and distribution be carried on in this visualised possible future society?” Socialism is often described in negative terms: a society with no money, no classes, no government, no exploitation. But it is also possible to speak of socialism from a positive viewpoint, emphasising the features it will have, as opposed to those it will not. The future always looks strange when people's minds are imprisoned within the past, but the nearer we get to the next stage in social development the less strange the idea of production for need becomes. There are thousands of workers walking around with ideas in their minds which are close or identical to those advocated by socialists; as that number grows, and as they gather into the conscious political movement for socialism, the doubts of the critics grow fainter and more absurd and what once seemed unthinkable rises to the top of the agenda of history. “Have you not heard how it has gone with many a Cause before now: First, few men heed it; Next, most men condemn it; Lastly, all men ACCEPT it - and the Cause is Won". We must not suppose that socialism is therefore destined to remain a Utopia

Read more »
By ajohnstone at January 10, 2013 No comments: Links to this post