Scotching the myth of independence 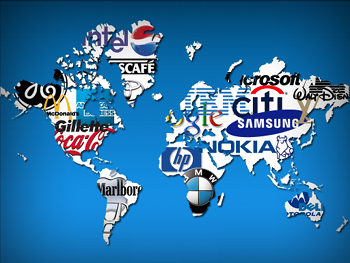 Those who control the Scotch whisky industry are overwhelmingly based outside Scotland.

Diageo has more than 35% of the whisky market, and if it can secure control of India's United Distillers, including Whyte & Mackay, that will push up to 40%. Pernod Ricard in France, has around 20%. LVMH, with Glenmorangie, Remy Cointreau, which recently paid a  £58m for Bruichladdich distillery on Islay, and Japan's Suntory which has Morrison Bowmore, control another 20%.

Professor John Kay, the UK's most influential business economist writing in Scotland's Economic Future, claims a mere 2% of the global retail sales value of Scotch whisky ends up in Scottish pockets. The reason is that more than 80% of the whisky distilled in Scotland is foreign-owned and the majority of value of leading brands values is accumulated overseas.

"Value added from Scotch whisky is reported as around £3 billion – about 2.5% of Scottish GDP – but this figure reflects essentially arbitrary transfer prices and export valuations,” writes Professor Kay, “wages and salaries and purchases of goods and services used in whisky production amount to only about £400 million. To this should be added the returns to beneficial Scottish ownership of whisky-related assets. With retail sales of whisky around the world totalling perhaps £25bn, the Scottish economy appears to derive modest benefit from its most famous product."

The Scotch Whisky Association priorities are not interchangeable with Scotland's because membership is dominated by multinational giants who have no reason “to maximise Scotch for the benefit of Scotland.” Membership is dominated by multinational giants for whom whisky is one category among many, and which are answerable primarily to shareholders, mostly outside the UK. The SWA does represent 95% of the distilling capacity, with 80% of the SWA owned by just 5 companies, the largest of which also provides the Chairman.

Donnie Blair, a former head of strategic affairs for Diageo said  "The industry is neither Scottish nor a success," Blair does not trust multinationals, with more profitable spirits in their portfolios to maximize Scotch for the benefit of Scotland, and is unmoved by statistics about millions invested in new distilleries and other plant – £1bn in four years according to the SWA. "Investments in Scotland are always presented as some kind of favour or gift to the Scottish people," Blair says. "In fact they are a normal cost of doing business, designed to generate even greater profits from Scotch."

Scotland is being used as a production facility. Profits like the whisky, going overseas.

In 2011 there were over 2,000 foreign owned companies in Scotland employing over 280,000 with a combined turnover of over £87 billion. Manufacturingaround 70% non-Scottish ownership and control: 10% rest of UK, 60% plus foreign owned.

How can Scotland become truly free? How can Scotland aspire to being a truly sovereign nation? Is Greece independent? Is Spain independent? They have their own elected Parliaments, representatives to the U. N. and other international bodies; but are also beholden to foreign banks from whom they have saddled themselves with billions of dollars of debt. Their financial and social policies is decided by the European Central Bank. All the ceremony of statehood; all the trappings and the pomp - all the form without the substance! The banking moguls understand it. The multi-nationals know it.

Richard Leonard of the GMB union explains that “the commanding heights of the Scottish economy are externally owned and controlled”. More specifically, he points out that the ten biggest private-sector employers of GMB members in Scotland are all either UK-owned and controlled, quoted on the London Stock Exchange or highly dependent on the whole UK market.  The inevitable conclusion is that political independence will not alter the fact that strategic political, economic and corporate decisions will still be taken in London.

We can admire John MacLean's and James Connolly’s stand against the slaughter of World War One, but their nationalism we cannot accept. It would  be nice if struggles for national independance could magically result in a classless society, but that's, unfortunately, not the way societies progress. Scottish' capitalism is not only tied to the British capitalism but also to international capitalism. Any kind of Scottish state that didn't offer benefits to corporations would see capital flight and a serious drop in its economy -- the Scottish socialist economy is a myth. Nationalism just replaces one set of bosses with another, and also helps to divide the working class. As if an "independent" Scotland would be any less affected by the world slump or being sacked by a Scottish boss be more agreeable. Will a social revolution come about through consitutional moves towards independence?  No! All moves towards independence have entrenched the power of the Scottish elite. The SNP have been bank-rolled by millionaires like Tom Farmer and Brian Soutar.

National independence is a chimera.  Scottish independence is a distraction from building working class solidarity against capitalism.  Nationalism is, at best, a dead-end and, at worst, reactionary. The socialist objective is to liberate humanity, not liberate nations.

a drop o' the hard stuff?

Scotch whisky is now outperforming traditional investments, including the stock market and gold.

Figures from investment firm Whisky Highland show that some portfolios’ value has risen by almost 300 per cent in the last year. Three-year figures reveal that an investment in the 100 best-performing whiskies in 2008 would have risen by 163 per cent in 2011, while gold – which has soared due to the recession – rose 146 per cent. Diamonds rose by just 10 per cent, while shares and crude oil stock values fell.

Arthur Motley, buyer at Royal Mile Whiskies, said: “Collectors used to be interested in whisky as a drink and wanted a good bottle as part of their collection. Increasingly, people are buying as they see prices rising on eBay or at auctions. It is simply seen as an investment.”

David Robertson, Dalmore’s rare whiskies director, said: “People see whisky as an asset and with stocks and shares being so tough and interest from bank accounts so low, investors have been starting to look for other opportunities.”

The most expensive bottle of whisky so far is a bottle of limited-edition Dalmore, bought last year for £135,000