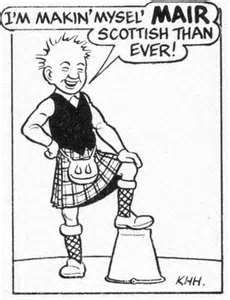 In a mock independence referendum students at Glasgow university voted "No" by a margin of nearly two to one. Just 967 votes (37 per cent) were cast in favour of independence, with 1,614 (62 per cent) against. There were eight spoiled ballots. In the actual debate, according to an Al-jazeera report, nationalists chanted “in-de-pendence”, while some at the back of the hall responded with cries of “the workers have no country.”

The Socialist Party of Great Britain seeks to abolish all nation states and we stand firmly against the proponents of nationalism in Scotland and in other parts of the world. We make a call for workers of the world to unite. We do not think this demand is some utopian hope. Capitalism itself is leading the world in that direction of  breaking down national barriers with globalisation driving workers towards a potential of integrate and fuse.  Will socialism be achieved as the product of a big bang, a simultaneous, worldwide revolt of the working class and the oppressed? Or, because of differing national conditions and traditions, will social change be more fragmented and disjointed? The Socialist Party suggests the former. The global development of capitalism and the subsequent increasingly common conditions encountered by the international working class would support such a proposition. Do the pro-nationalist "socialists" believe an independent Scottish state will be socialist? If yes why do they not believe that England, Wales and countries beyond will move to socialism simultaneously. For if all those other countries do become socialist at the same time why would an independent Scotland differ from its neighbours? The working class in Scotland (and in England and Wales and elewhere) will remain on its knees and will remain so until workers around the world are effectively united effectively as a class and not by nationality. We are arguing that the only way forward for workers in Scotland, across Britain and the world is through their struggle and unity in the fight for socialism.

Dividing our class on national lines and allowing us to be played off against each other can only serve our masters. It can hardly be denied that national borders have repeatedly divided the working class. To confront business-driven austerity, militarism and war requires a united social and political struggle by the worlds working class aimed at the abolition of capitalism. How does the erection of new borders and the formation of new nation-states further the unity of the working class anywhere? The capitalist class makes use of many weapons. One of its most efficient psychological tools is nationalism. Patriotism is the cattle prod that keeps workers apart and weakened. The socialist argument is not to tell people “to fight for independence” but to explain “you are not independent, comrade, and you should not be. You are dependent on the working class of the world and they are dependent on you. We all depend on each other.” A genuine socialist party globalises the agenda and explain that all local issues have global causes that calls for global solutions.

People are going to vote for separation if they feel it will make them better off. But surely we know that this would be just one more illusion. Imagine, for the sake of argument, that Yes Scotland emerges victorious. What would this actually mean? Not a lot. Regardless of whether Scotland is independent or not, the wealth created by workers will continue to be transferred into the pockets of the capitalist oligarchy. Scottish nationalism in the final analysis serves only to advance the class interests of some Scottish-based bankers, financiers, company directors, and their hangers-on in the bureaucracy who believe it would be better for them to negotiate with international financiers and supra-national bodies as a separate entity to the rest of the United Kingdom. Scottish independence has been called a "management buy-out". Brian Souter, Sir Angus Grossart, George Mathieson, Blair Jenkins and Sir Tom Hunter have nothing in common with the Scottish workers. Working people in Scotland have more in common with other working people in England, Wales and Ireland and everywhere else than they do with rich industrialists even if they were born "jist roond the corner". We will simply see a bunch of British bankers and economists replaced with a new group of tartan-clad bankers and economists. An austerity cut is a cut no matter how local the butcher. Are Scottish capitalists somehow more wholesome than British ones. Would the banks and multi-nationals exploit an independent Scotland a less than they try to do the UK? The array of millionaires backing the independence all  looking towards the same solutions to the crisi in terms of privatisation and public-sector cuts as Westminster and the City of London. There is no difference between a group of workers oppressed by a foreign power or corporation and those oppressed by domestic rulers. The tactics and the message must remain the same, otherwise we muddy the waters.

The issue before the working class should be not the creation of an independent Scotland, which would be independent in name only and presided over by cliques of local plutocrats, but the abolition of capitalism and the nation-state system. An independent Scotland will not be a socialist Scotland, nor is it the path to such a thing. Wouldn't it be better if workers of the world joined together against the ruling class of all ruling nations? The SPGB sets aside national prejudice and aims to unite all socialists in a political party that will fight for the interests of the entire working class, regardless of borders and nations. The greatest threat to capitalism is an international working class. When the working class of all countries recognise that their fortunes are all inextricably linked, and when they act in unison on that recognition, it will herald the last days of capitalism.

What position does the Socialist Party take with this referendum? We are neither nationalists nor unionists. The voting paper will not have a "Don't Care" option. What we therefore recommend is not an abstention or boycott which can be mistaken for apathy but for actively spoiling the ballot paper with the slogan "world socialism"