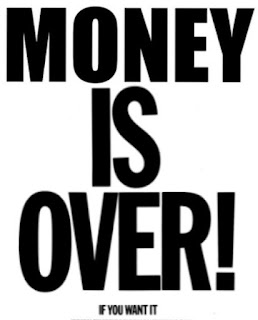 Capitalism is in fact not just an exchange economy but an exchange economy where the aim of production is to make a profit. Profit is the monetary expression of the difference between the exchange value of a product and the exchange value of the materials, energy and labour-power used to produce it, or what Marx called “surplus value”. Defenders of capitalism never seem to ask themselves the practical question about what the critical factor determining a production initiative in a market system. The answer is obvious from everyday experience. The factor that critically decides the production of commodities is the judgment that enterprises make about whether they can be sold in the market. Obviously, consumers buy in the market that they perceive as being for their needs. But whether or not the transaction takes place is not decided by needs but by ability to pay. So the realisation of profit in the market determines both the production of goods and also the distribution of goods by various enterprises. In the market system the motive of production, the organisation of production, and the distribution of goods are inseparable parts of the same economic process: the realisation of profit and the accumulation of capital. The economic pressure on capital is that of accumulation, the alternative is bankruptcy. The production and distribution of goods is entirely subordinate to the pressure on capital to accumulate. The economic signals of the market are not signals to produce useful things. They signal the prospects of profit and capital accumulation, If there is a profit to be made then production will take place; if there is no prospect of profit, then production will not take place. Profit not need is the deciding factor. Under capitalism what appear to be production decisions are in fact decisions to go for profit in the market. With the capitalist system, information is a contra-flow of information. It flows from producers, through distributors, to the consumer. This information is the prices of goods determined by the accumulating costs of production and distribution plus profit. Prices are increased in each part of production, from mining through industrial processing, manufacture and assembly, then accumulating further through distribution until the final price is passed on to the consumer.

The function of cost/pricing is to enable a business enterprise to calculate its costs, to fix its profit expectations within a structure of prices, to regulate income against expenditure and, ultimately, to regulate the exploitation of its workers. Unfortunately, prices can only reflect the wants of those who can afford to actually buy what economists call “effective demand” - and not real demand for something from those without the wherewithal - the purchasing power - to buy the product (or even to express a preference for one product over another. I may want a sirloin steak but I can only afford a hamburger).

Socialist determination of needs begins with consumer needs and then flows throughout distribution and on to each required part of the structure of production. Socialism will make economically-unencumbered production decisions as a direct response to needs. With production for use, the starting point will be needs. By the replacement of exchange economy by common ownership basically what would happen is that wealth would cease to take the form of exchange value, so that all the expressions of this social relationship peculiar to an exchange economy, such as money and prices, would automatically disappear. In other words, goods would cease to have an economic value and would become simply physical objects which human beings could use to satisfy some want or other. The disappearance of economic value would mean the end of economic calculation in the sense of calculation in units of value whether measured by money or directly in some unit of labour-time. It would mean that there was no longer any common unit of calculation for making decisions regarding the production of goods.

Socialism is a money-less society in which use values would be produced from other use values, there would be no need to have a universal unit of account but could calculate exclusively in kind. The only calculations that would be necessary in socialism would be calculations in kind. On the one side would be recorded the resources (materials, energy, equipment, labour) used up in production and on the other side the amount of the good produced, together with any by-products. This, of course, is done under capitalism but it is doubled by an exchange value calculation: the exchange value of the resources used up is recorded as the cost of production while the exchange value of the output (after it has been realised on the market) is recorded as sales receipts. If the latter is greater than the former, then a profit has been made; if it is less, then a loss is recorded. Such profit-and-loss accounting has no place in socialism and would, once again, be quite meaningless. Calculation in kind entails the counting or measurement of physical quantities of different kinds of factors of production. There is no general unit of accounting involved in this process such as money or labour hours or energy units. In fact, every conceivable kind of economic system has to rely on calculation in kind, including capitalism. Without it, the physical organisation of production (e.g. maintaining inventories) would be literally impossible. But where capitalism relies on monetary accounting as well as calculation in kind, socialism relies solely on the latter. That is one reason why socialism holds a decisive productive advantage over capitalism by eliminating the need to tie up vast quantities of resources and labour implicated in a system of monetary/pricing accounting.

Socialism is a decentralised or polycentric society organized from below and not from the top . It is not a command economy but a responsive one. Planning in socialism is essentially a question of industrial organisation, of organising productive units into a productive system functioning smoothly to supply the useful things which people had indicated they needed, both for their individual and for their collective consumption. What socialism would establish would be a rationalised network of planned links between users and suppliers; between final users and their immediate suppliers, between these latter and their suppliers, and so on down the line to those who extract the raw materials from nature. The responsibility of these industries would be to ensure the supply of a particular kind of product either, in the case of consumer goods, to distribution centres or, in the case of goods used to produce other goods, to productive units or other industries. Planning is indeed central to the idea of socialism, but socialism is the planned (consciously coordinated and not to be confused with the central planning concept ) production of useful things to satisfy human needs precisely instead of the production, planned or otherwise, of wealth as exchange value, commodities and capital. In socialism wealth would have simply a specific use value (which would be different under different conditions and for different individuals and groups of individuals) but it would not have any exchange, or economic, value.

Since the needs of consumers are always needs for a specific product at a specific time in a specific locality, we will assume that socialist society would leave the initial assessment of likely needs to a delegate body under the control of the local community. In a stable society such as socialism, needs would change relatively slowly. Hence it is reasonable to surmise that an efficient system of stock control, recording what individuals actually chose to take under conditions of free access from local distribution centres over a given period, would enable the local distribution committee to estimate what the need for food, drink, clothes and household goods would be over a similar future period. Some needs would be able to be met locally: local transport, restaurants, builders, repairs and some food are examples as well as services such as street-lighting, libraries and refuse collection. The local distribution committee would then communicate needs that could not be met locally to the bodies charged with coordinating supplies to local communities. The individual would have free access to the goods on the shelves of the local distribution centres; the local distribution centres free access to the goods they required to be always adequately stocked with what people needed; their suppliers free access to the goods they required from the factories which supplied them; industries and factories free access to the materials, equipment and energy they needed to produce their products; and so on. Production and distribution in socialism would thus be a question of organising a coordinated and more or less self-regulating system of linkages between users and suppliers, enabling resources and materials to flow smoothly from one productive unit to another, and ultimately to the final user, in response to information flowing in the opposite direction originating from final users. The productive system would thus be set in motion from the consumer end, as individuals and communities took steps to satisfy their self-defined needs. Socialist production is self-regulating production for use. This would achieve a rhythm of daily production in line with daily needs with no significant growth.

We are seeking a 'steady-state economy' which corresponds to what Marx called 'simple reproduction' - a situation where human needs were in balance with the resources needed to satisfy them. Such a society would already have decided, according to its own criteria and through its own decision-making processes, on the most appropriate way to allocate resources to meet the needs of its members. This having been done, it would only need to go on repeating this continuously from production period to production period. Production would not be ever-increasing but would be stabilized at the level required to satisfy needs. All that would be produced would be products for consumption and the products needed to replace and repair the raw materials and instruments of production used up in producing these consumer goods, a zero growth society operating in a stable and ecologically benign way.